By Lindsay Cameron WilsonAugust 19, 2021No Comments 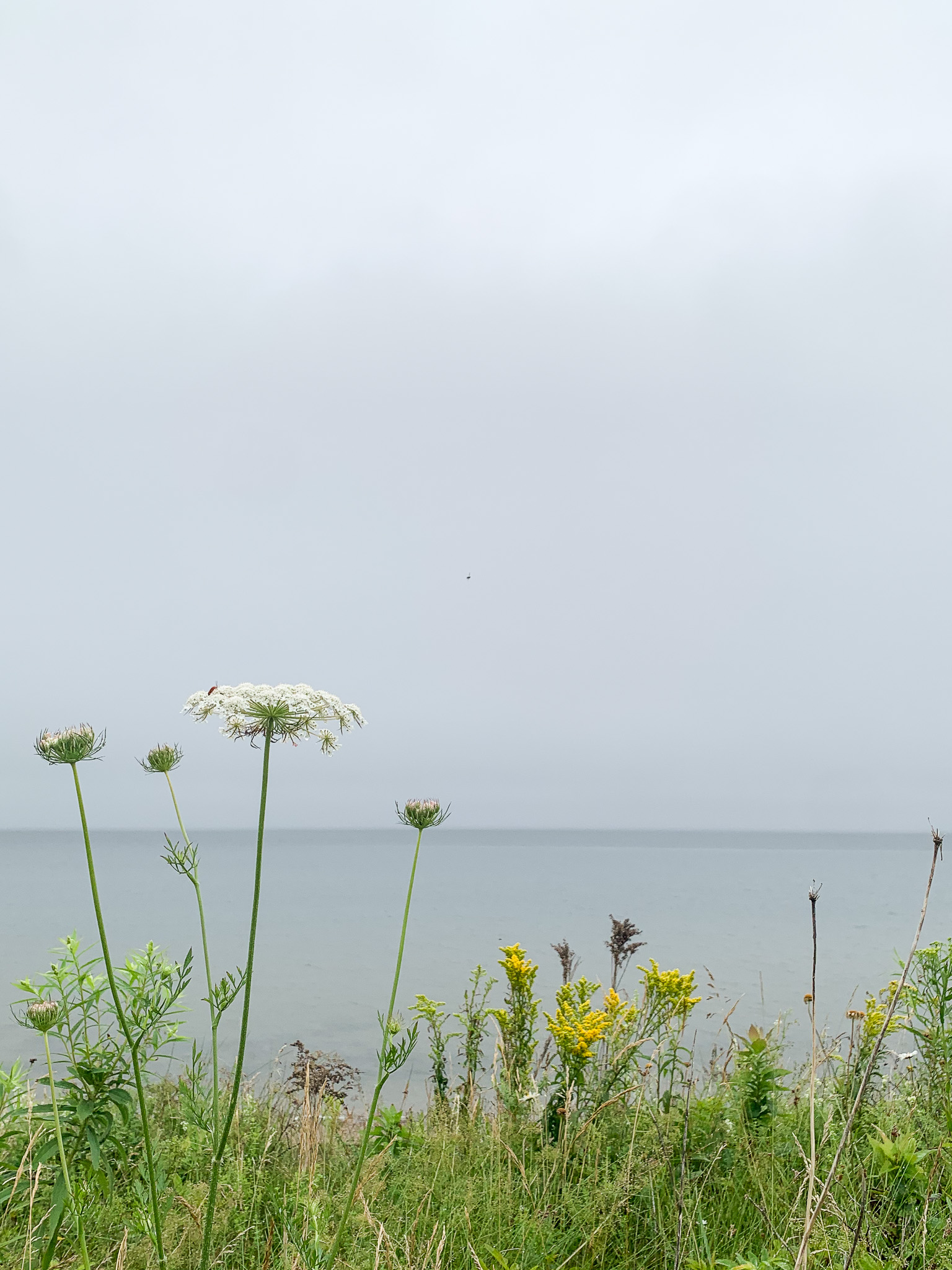 I have small cream coloured frozen pucks in my freezer, the size of two-bite brownies. But they aren’t brownies, they are portions of bone broth, made by an elderly beef farmer on the Northumberland Strait.

I first spotted his farm late one afternoon a few years ago while driving westward along the sunrise trail. It was golden hour, that lovely time of day when the sun drops low enough to paint everything yellow. Just before the road veered left, I spotted cattle off to the right, grazing on gold-tipped grasses that met the ocean. Grass, mineral and sun-fed beef.

Sometimes the farmer ventures out in a trailer and sells his beef from the side of the road. I spotted the trailer, not far from the magical River John cake stand I wrote about last summer, and bought as much as I could with the cash in my pocket – ground beef and frozen pucks of beef broth. “I heat up one of these a day,” said the farmer. “It’s extra special because of the location of our pastures. The bone broth is loaded with collagen, omega 3’s, nutrients and minerals. I no longer have arthritis!”

The Northumberland Strait is the body of water between Nova Scotia and Prince Edward Island. The water is sheltered from the cold Labrador Current that flows from the Arctic Ocean, southward, swirling around Newfoundland and continuing along eastern Canada, off the coast of Nova Scotia, until it meets the warm, northward moving Gulf Stream. Nova Scotia shares the same latitude as the French Riviera, but our waters, because of that current, are consistently 10C colder all year long. I remember defensively spouting off our latitudinal coordinates to my international friends while studying in France at university, teeth red from cheap red wine. Domna from Crete was insistent I lived in the Arctic, but I proved her wrong by making a map and drawing a horizontal line from Nova Scotia, across the Atlantic, and through Northern Spain to Provence. I didn’t tell her that even in the protected Northumberland Strait, I wear a wetsuit until mid-July.

That red-teethed grit re-emerged later that day when I agreed to go for a long swim with my (very fit) brother-in-law visiting from Vancouver. We met on the beach, he in a full wet-suit, me in just a swim-suit. It was August, after all. He waded in, unfazed. I creeped in, quietly wincing.

The human body is governed by the nervous system, an unconscious function that runs our circulatory, immune, digestive and endocrine systems. There are two main states of the nervous system – the parasympathetic, the state when we are restful, and the sympathetic, when we are defensive and alert. The two should operate in harmony, but most of us live in a chronic state of sympathetic activation. Even when we’re relaxing, our alerts are switched on. Learning to switch them off takes practice.

When we dive into cold water, we are throwing our bodies into a controlled state of stress. The vagus nerve, which runs from the brainstem all the way down to the colon, transmits every sensation felt on the skin, muscles and organs to the brain. Cold water ignites the vagus and sends its messages into overdrive. Cold water also causes the blood vessels in our brain to go through rapid vasodilation. This manifests as an exquisite ice cream headache. But if we breathe through it, deeply and slowly, we can train our bodies to override that feeling of panic and build resilience to anxiety and stress. Post-stress hormones and endorphins are released, specifically norepinephrine, oxytocin and serotonin, and soon the ice cream headache melts into a gentle, happy buzz.

Afterwards, wrapped in a blanket and cozy socks, I heat up a puck of bone broth. It’s thick and opaque, nothing like the chicken stock I make in my slow cooker. I top it with cracked pepper – I can’t help myself – and drink it straight from the bowl. The happy buzz stretches deep into my bones.

Then, I go online and order a wetsuit.