When tiny Chocolate Bars Are the Answer

By Lindsay Cameron WilsonNovember 14, 2017No Comments 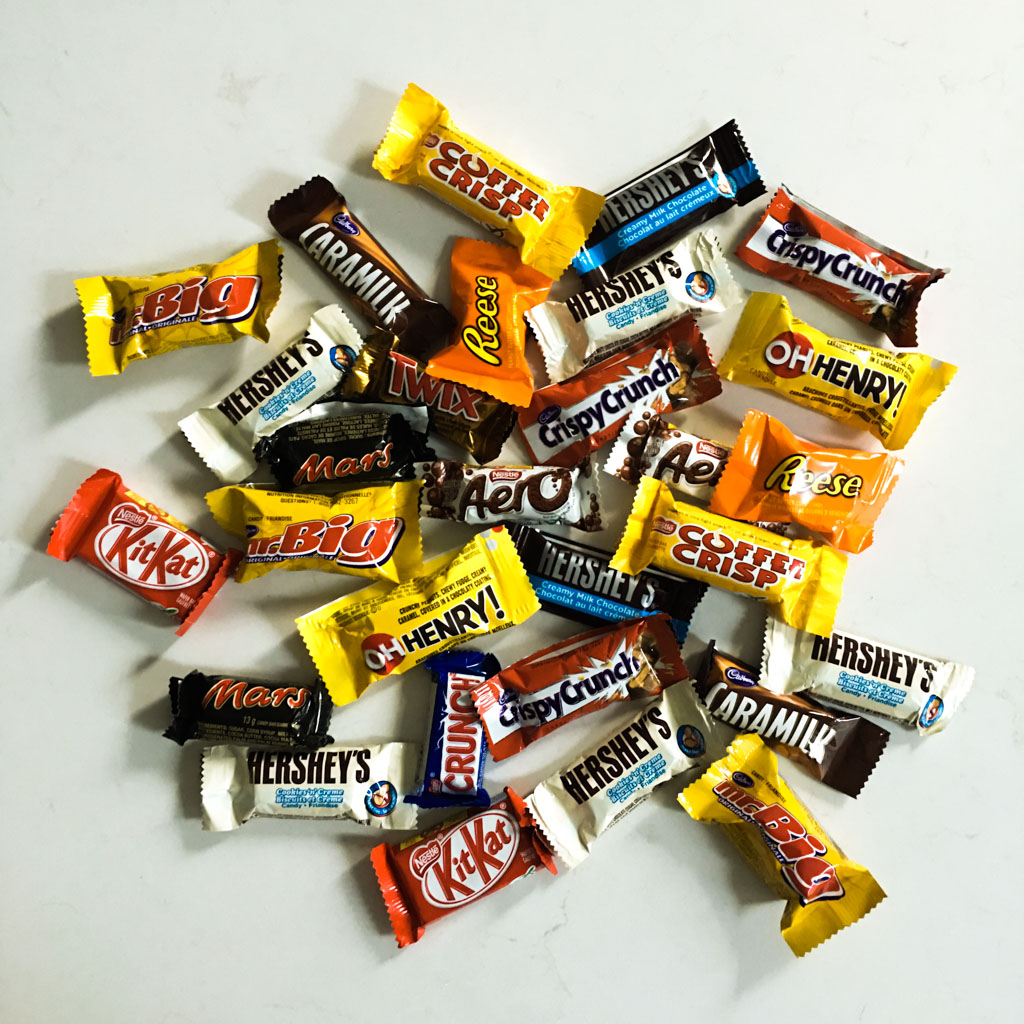 Bobby is a character on the soap opera General Hospital. I wasn’t a devoted fan, but one summer I did have to record every episode on VHS for my best friend Amy while she was away at summer camp.  Amy binged watched the tapes, before binging was a thing, when she got home. If I wanted to hang out with her, I had to watch General Hospital. That’s how I got to know Bobby, a street-wise, sassy and likeable nurse.

Anyway. Years later, I was sitting next to the most gorgeous American woman at dinner. Our husbands worked together; we were the ‘plus ones’. She had flowing red hair, smiling eyes and spoke kind words of wisdom. I kept staring at her, trying to place how I knew this woman, how I could BE this woman. Eventually she said, “You’re wondering who I look like? It’s Bobby.”

Yes! That was it.

Bobby, lets call her, was in a different stage of life. She and her husband had lived all over the world, working and raising four kids in the Middle East, Russia and South America, but was now settled on a ‘leafy’ street in London. My husband and I, on the other hand, were newly married, somewhat broke, thinking about kids and living in a flat on the ‘edgy’ side of town. But Bobby was everything I wanted to be:  Strong. Adventurous. Content. Kind.

I asked her what her secret was. “Honestly? My Keep Fit class in Highgate on Tuesdays and Thursday mornings. You should come.”

It wasn’t what I was expecting, but of course I said yes. I wanted to hang on her every word. Walk in her footsteps. Learn how to be a mother just like Bobby. If exercising in a leotard was the answer, then fine. I’d do it.

Highgate wasn’t too far from where I lived. According to my map, I could bicycle west on Balls Pond Road then straight up Holloway Road to Highgate. No problem. If I left at 8:45, I could make it to the café by 9:15 where Bobby and her friends met before the 9:30 class.

But I slept in. I was freelancing at the time and my schedule was so loose it would often bend and stretch in the wrong direction. By the time I hopped on my bicycle it was 9:00. I’d have to pedal hard to catch my new friends at the café. I didn’t know I’d get stuck behind a dump truck the whole way, inhaling grey exhaust as I crawled up the surprisingly steep and traffic-filled Holloway Road. This was before google maps. Before on-line traffic predictions. Before I was punctual. By the time I reached Highgate at the top of the hill, it was 9:35. I quickly locked up my bike and found my way to the exercise studio across the street from the café. Inside was a room full of older women in leotards, lifting tiny weights above their heads, staring at me from all angles of the mirrored walls. The instructor gave me a disapproving nod as I slipped into the only spot near the front.

The whole routine seemed ridiculously easy, but whatever. Bobby was there looking buff in the front row, smiling at me in the mirror. This would be the first day of the rest of my structured, grown-up, light-weight life.

I lifted the tiny pink weights straight ahead, then to the side. Up and down, up and down. My arms burned. When would this stop? A leg move was added. Then a squat. All the while, the arms kept going. Up and down. Up and down. Suddenly Bobby was no longer in sight. The room was just a swirl of leotards. I remember Santana’s Smooth serenading me as I fell to the floor.

I came to in the changing room. Bobby was standing over me, holding a glass of water. The instructor was there too with a tiny aero bar in her hand. “It’ll give her some energy,” I could hear her saying.

Bobby put my bicycle in the back of her minivan and drove me home. I slumped in my seat, too embarrassed to speak. I was a twenty-nine year old know-it-all lightweight who, as it turned out, knew nothing.

But now, three babies, many exercise classes and lots of work dinners of my own later, these are things I do know: 1. After Halloween, keep a few of those tiny chocolate bars in your gym bag. You never know when some young thing might need some energy. 2. Even on those tiring days, when the laugh lines are deep and life feels chaotic, a young woman is out there, wanting to be you.

PS – You can read more about my girl crushes HERE.