What begins in a grocery line

By Lindsay Cameron WilsonJune 14, 2018No Comments 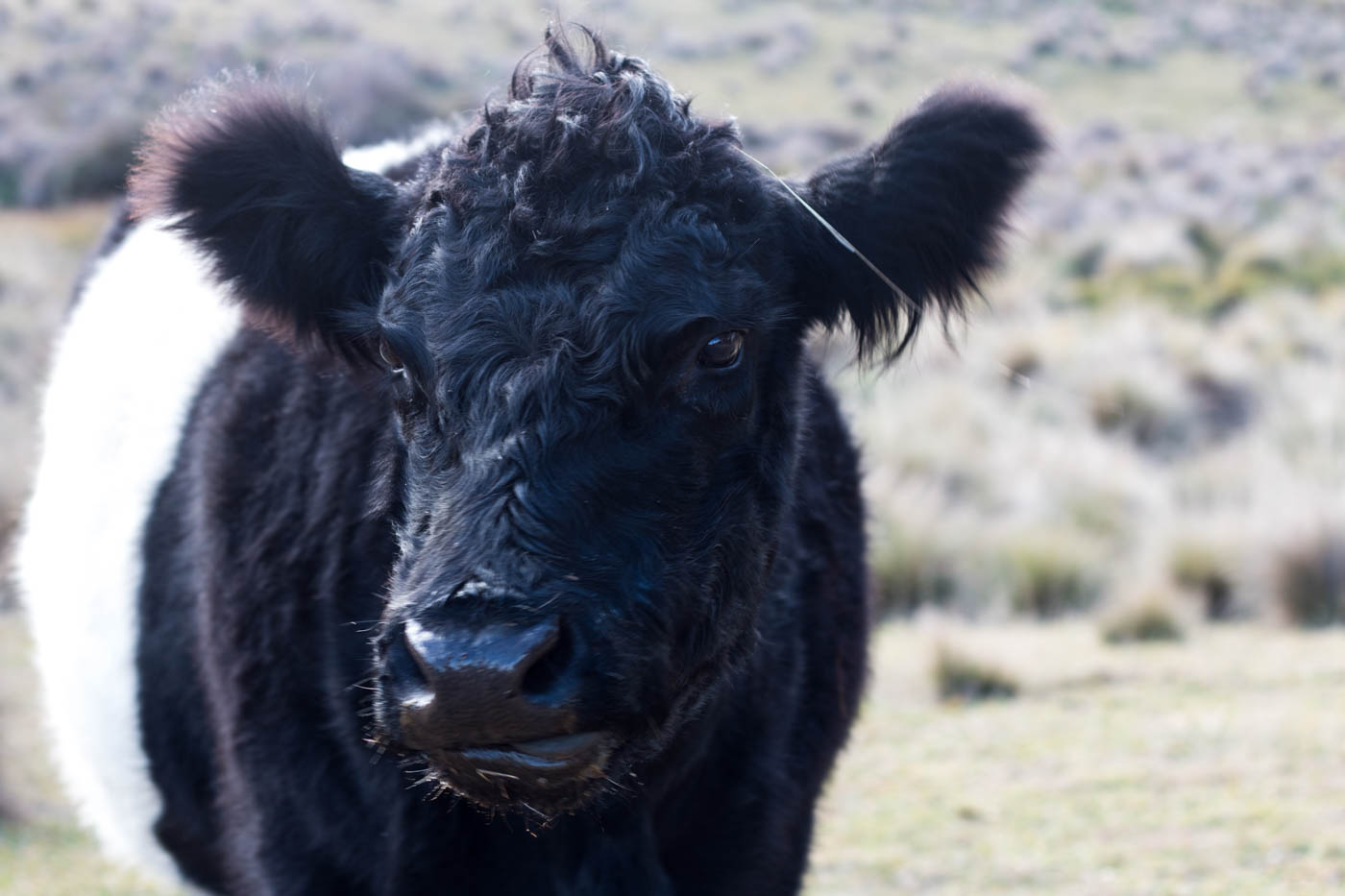 This lovely lady is a Belted Galloway. I met her in Gingkin, NSW, after we had butternut squash soup just up the hill with her owners, Amanda and Gerard.

I keep staring at this image – the wet nose, slicked with molasses, the glistening afternoon light, her owners nearbye. It’s all so gorgeous – how we got there, the kindness of strangers, the beauty of adventure – that I don’t know where to start.

So instead of starting, I went for a walk and listened to a podcast. This time is was On Being, where host Krista Tippett interviewed Maria Shriver. I got sucked in, quickly, the way it happens when the conversation is fluid and riveting. But then at one point, Maria Shriver quoted Maya Angelou, saying, “Say what I know but not all that I know, say what happened but not all that happened.” I can’t find this quote in the vastness of Maya Angelou quotes online, but I get the gist: I don’t have to share all that happened in Australia.

So I’ll start with this cow.

My mom and I are were three days into our Australian adventure. We had already walked through Sydney, had hair cuts, toured the Opera house and ate at Bill’s. All the essentials. We had driven over the Blue Mountains to Orange with Luisa Brimble and Michelle Crawford where we would be attending and teaching at the My Open Kitchen Gathering. We had seen road kill of unusual size. We had checked in to our airbnb. Which brings us to Woolworths, where we were stocking up on culinary necessities for our weekend.

We were wedged in the grocery line between a cluster of happy women – the kind you wish were your friends – a few in front of us, and one behind holding a lone loaf of gluten-free bread. Our cart was embarrassingly full (of Tim Tam’s) so I suggested the woman behind us jump ahead. I’m not one to break up a party.

She smiled, hopped in front, then told me she loved The Food Podcast. Gasp! As it turns out all of us were going to the same event that weekend. Yes, they were my people, I was in line with ‘the choir.’ But still! Instant friends.

That night at the ‘meet and greet’ my new friend Amanda invited my mother and me to come to her farm for tea at the end of the weekend – we couldn’t travel all the way to Australia without visiting a farm. All I could think about was the couple from England several years ago who mistakenly booked a honeymoon to Sydney, Cape Breton, (population 32,000) instead of ‘the other’ Sydney. News of the mistake hit the media and the couple were quickly scooped up by the locals. They stayed in private homes, ate meals with Cape Bretoners and hiked the Cabot Trail. They had the time of their lives. My mom and I had found our Cape Bretoners, right here in Orange, New South Wales.

After the workshop, (details to be saved for another newsletter, all on its own) after wonderful visits with new friends, after the best coffee, again and again, my mom (Bev) and I piled into our little white rental car and hit the road, Amanda’s hand drawn map in Bev’s hands – no cell reception where we were going!

As we drove through autumn leaves, (a treat just six months after our Canadian autumn), we reminisced about life, my mom’s father, how outgoing he was, how he loved connecting people, and how happy he would have been that we were together on this epic adventure. And as the map instructed, we turned left at the metal bicycle, drove past the alpacas, turned left through the gates, passed the Belted Galloways and revved up the hill to Amanda and her husband Gerard’s beautiful home at the top of the hill. They call it Home Farm.

I’ve since learned a Home Farm is a farm on an estate that is set aside to provide produce for the owner of the estate (thanks wiki). I know Amanda would laugh at the word ‘estate’, but we did eat butternut squash soup, made with ingredients from the garden… 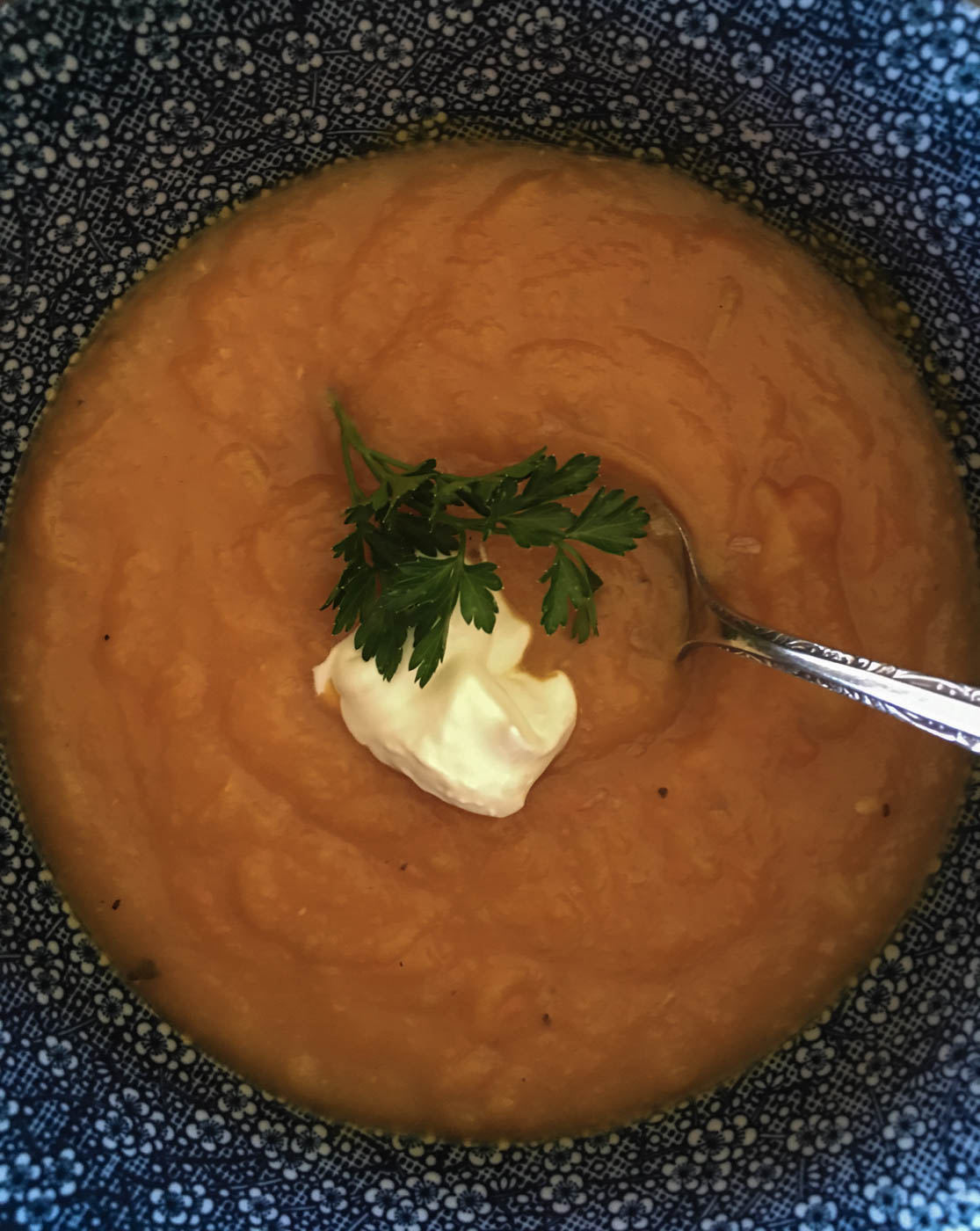 followed by the most gorgeous poached quince. A bowl of persimmons – just at the end of their season, were the centrepiece of the table. It was an autumnal moment that stretched from the table, through the windows and down the hill. 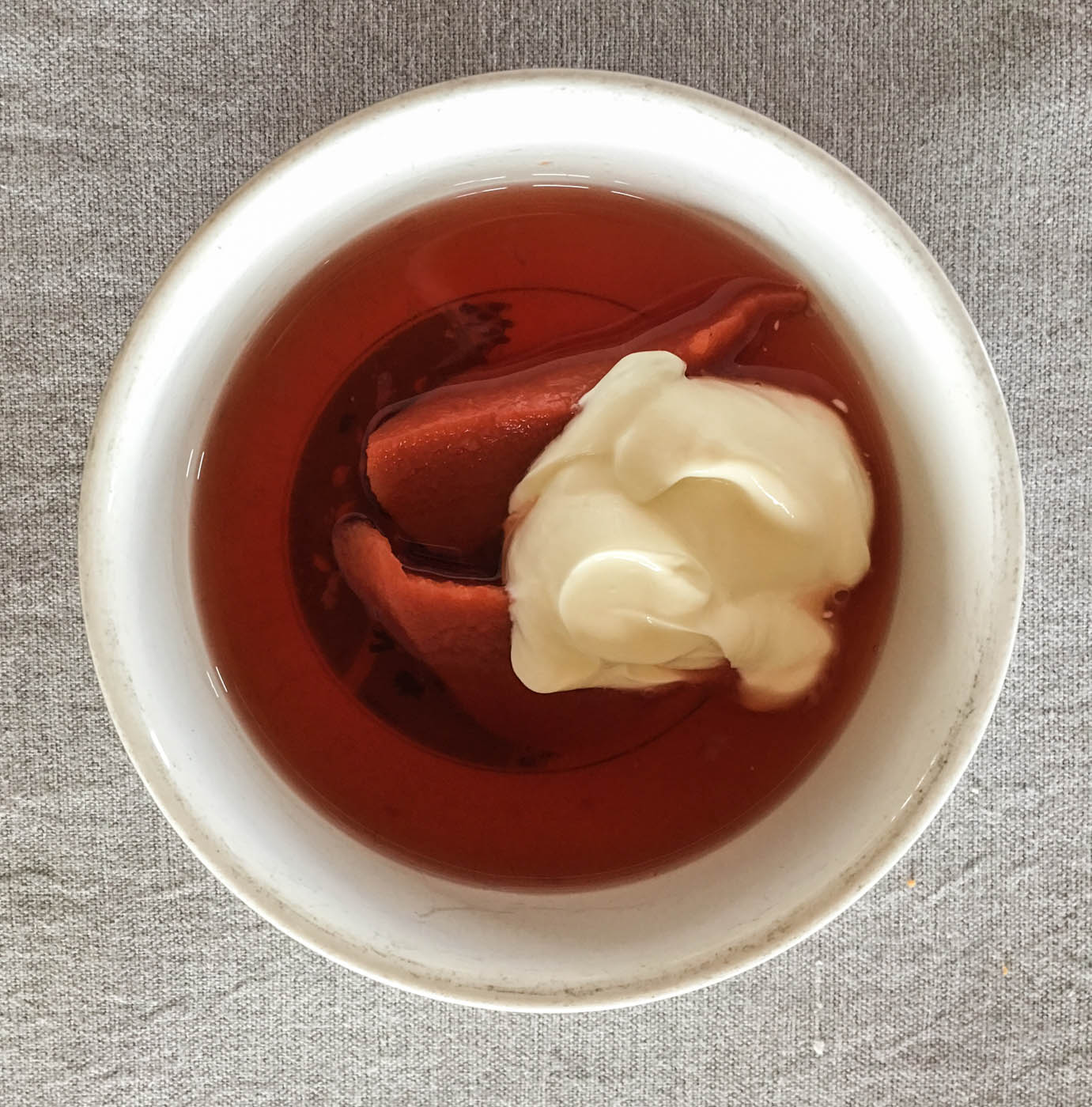 As we washed it down with Rosé, just a touch lighter than the quince syrup, we talked about their life in Byron Bay before they moved to this farm. We talked about their boys, grandchildren, the books we love, and how Gerard built their home with felled timber from the property.

And as it turns out, Gerard not only builds homes, he also gives off-road tours through the paddocks to random Canadian visitors. In exchange for driving up hillsides, spotting kangaroos, wallabies, cattle and sheep looking gorgeous in the late afternoon sun, all I had to do was open and close the gates. 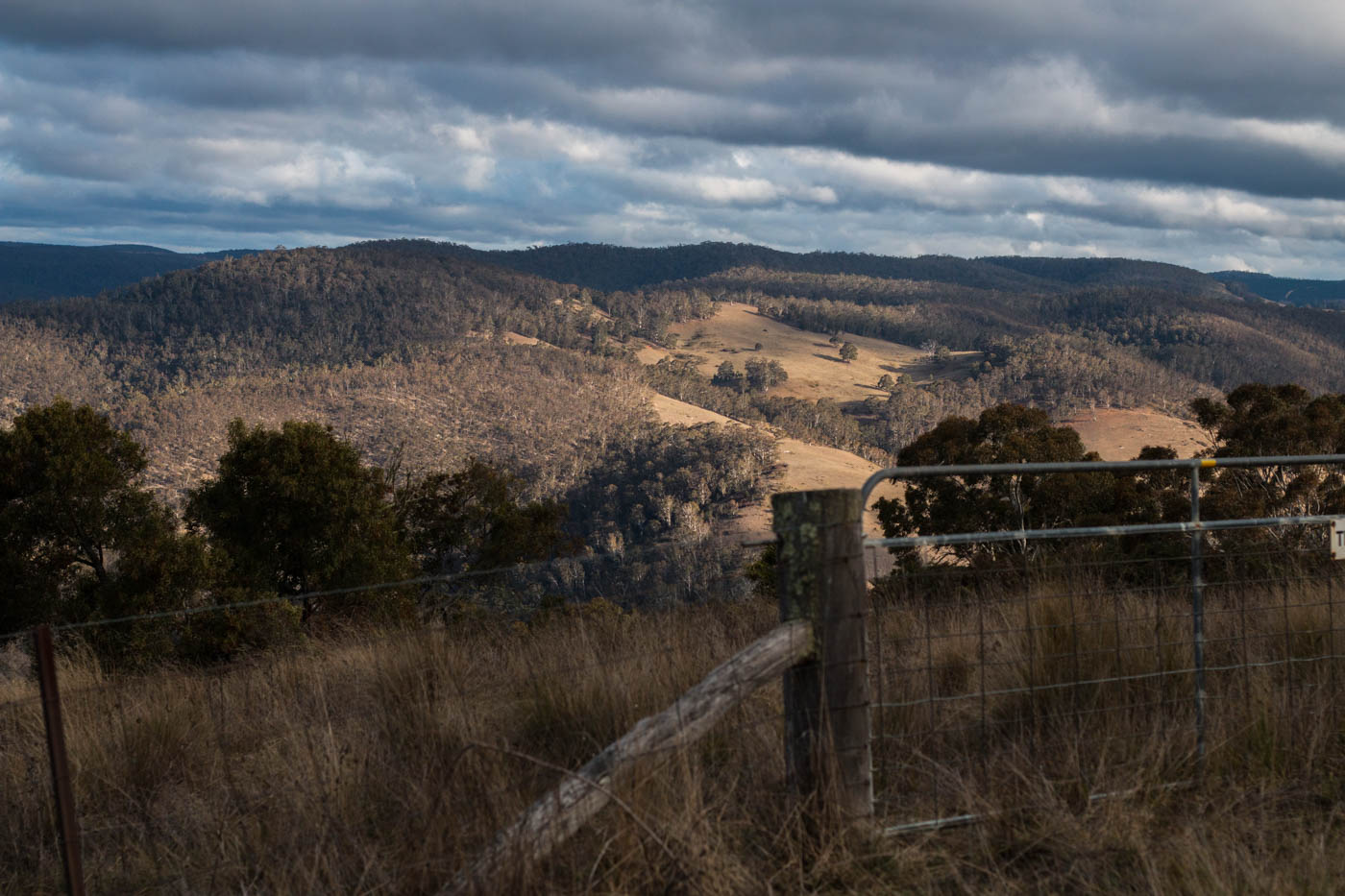 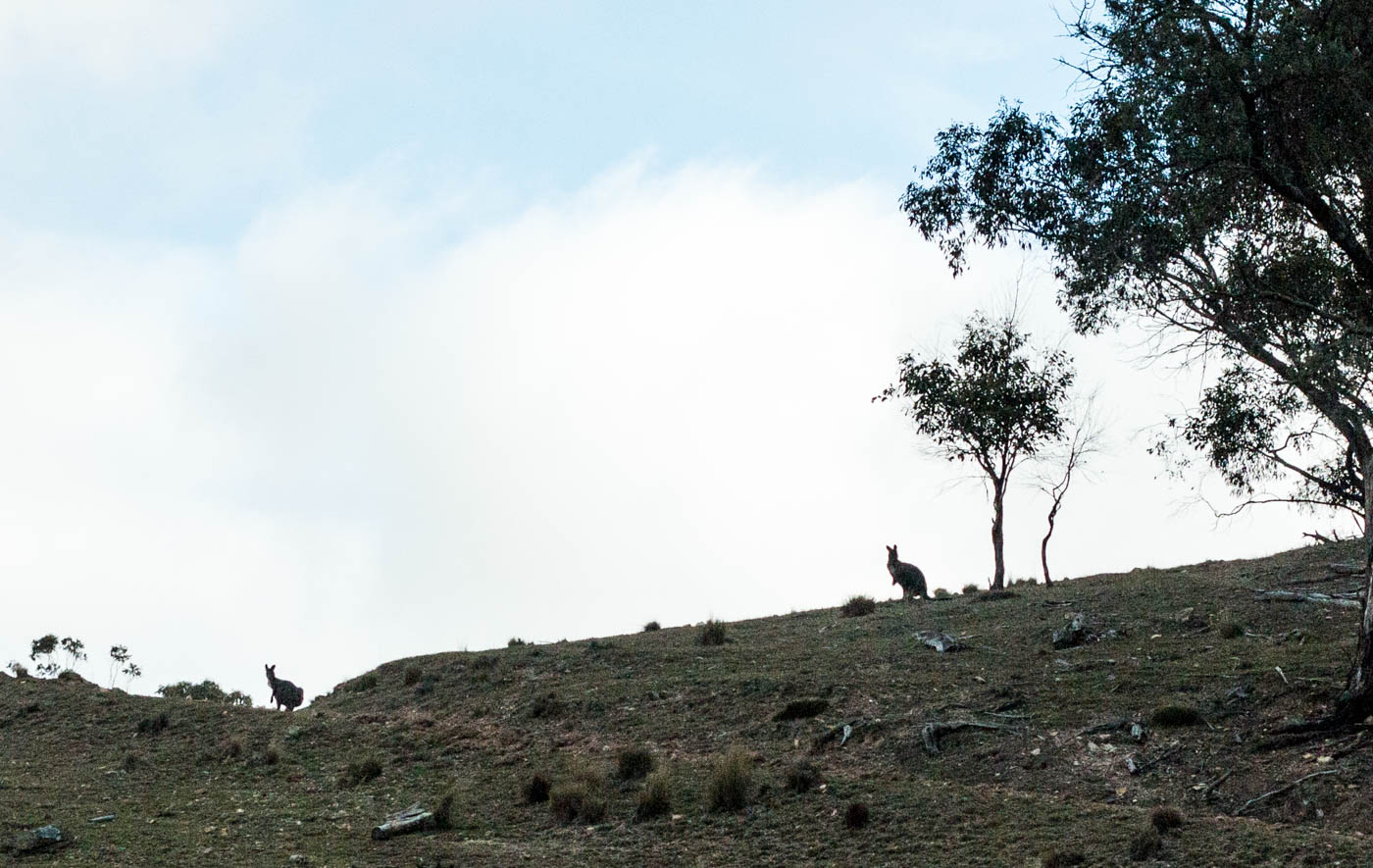 Amanda and Gerard sent us off at the end of the day with another hand-drawn map, this time leading east into the Blue Mountains. In my dazed state of happiness I didn’t take proper photos of our hosts. I just have this one- Amanda and Gerard, working on the map that would take us off the beaten track through the Jenolan Caves… something we never would found on our own. 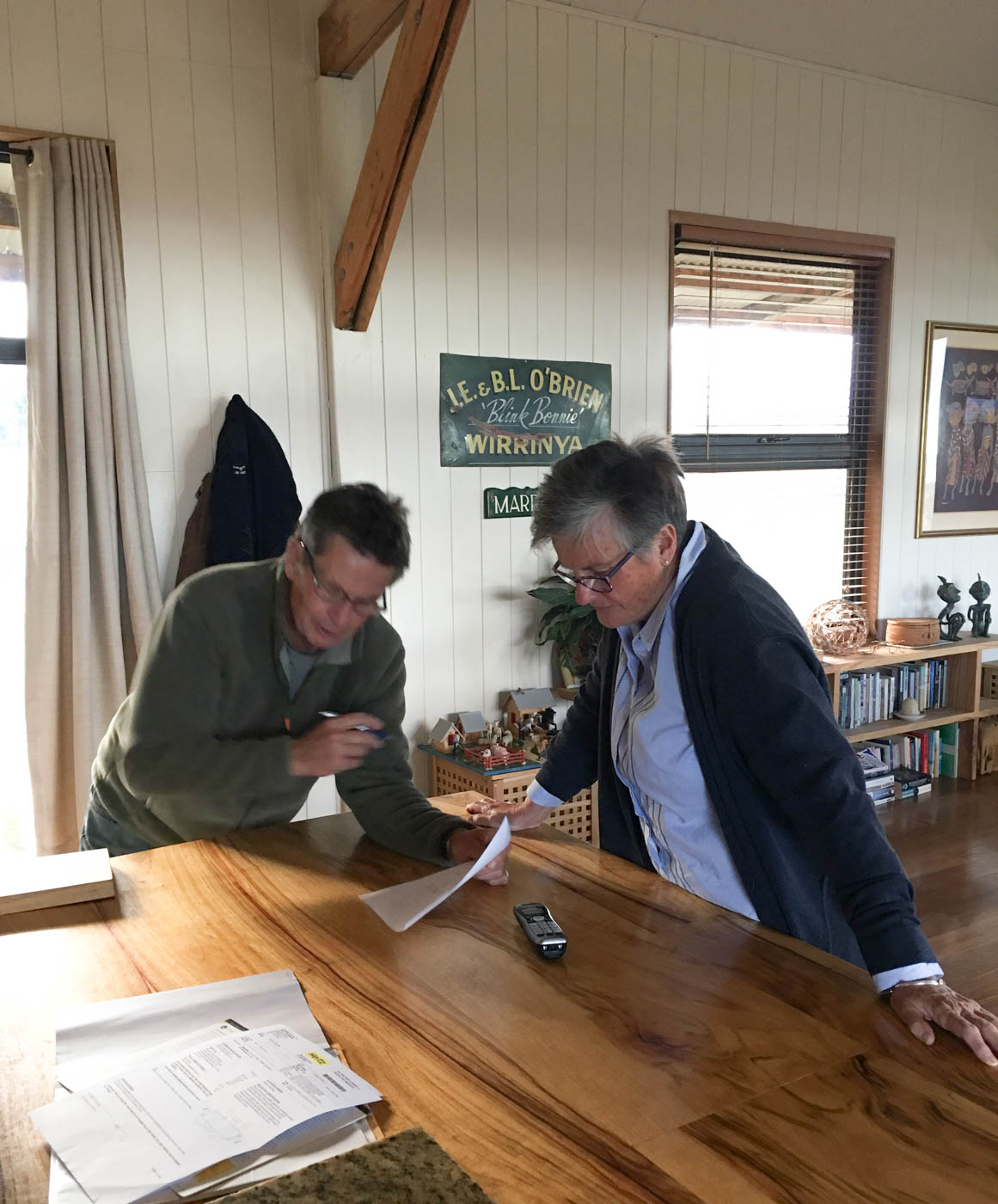 This is why that glistening nose above, slicked with molasses and a sparkle of sun, is much more than a photo. It’s the kindness of strangers, the intimacy of this big world and the importance of letting someone hop in front of you in the grocery line. You never really know what a simple (Tim Tam-fuelled) gesture will bring.