The agelessness of making bread

Printed media has a way of weaving its own tale. Confusing tone. Making author gender assumptions. Cold, impersonal typeface is usually to blame, but every so often it happens with cursive.  My ‘print confusion story’ starts in my mother’s kitchen, where all good stories begin.

My mother is a bread maker. She favours the oatmeal brown, molasses variety. When we were little, she made it during the week, while we were at school. I imagine she mixed the water with the yeast in the morning while listening to Peter Gzowski on CBC radio. Then she’d stir in molasses, oatmeal, wheat germ, boiling water and slowly add the flour. She’d plop it all onto the counter and knead away any ‘post breakfast with four daughters aggression’ a mother might have. Ten minutes later she’d have a smooth brown mass. She’d scoop the dough into a large buttered bowl and leave it to rise while she went about her day. Eventually she’d punch it down and divide it into five sections to rise again in bread tins. Vicki Gabereau was on by the time she’d slide the tins into the preheated oven. She says it wasn’t hard to make her bread; bread just required visiting now and again. The loaves, glistening with a thin slick of butter, would be cooling when we arrived home from school. Four girls could polish off a loaf while watching Video Hits.

Fast forward a few years to Montreal, where I lived for a year in my early twenties. It was the ‘after an undergrad, rejection of old plan, not sure of new plan, why not be a nanny and take cooking classes and write until I figure it out? – phase of my life.

The family I looked after had the Montreal Gazette delivered every morning to their home in Westmount. One day I noticed a call out in the food section for ‘personal food memory’ stories. A writing assignment! I didn’t have a computer, so out came a piece of paper and a bic pen. It was a typical Montreal winter’s day outside – crisp air, blue sky, -20C – so naturally, I wrote about my mother’s bread. The wet, snowy wool mittens freezing my fingers on the long walk home from school. The fatigue. The starvation. The extreme relief when I opened the door and was engulfed in the warm hug of fresh bread aroma.

A few weeks later the Gazette called. They wanted to photograph me, the next day, slicing into my mother’s bread. That meant I’d have to actually make the bread, in my tiny mile-end apartment that didn’t have a counter. I’d have to find wheat germ. Fain a relaxing day at home so the bread could rise the way it wanted to.

I called my mother. As always, she walked me through the process in her careful, happy way. I went shopping. I slid our giant cutting board over the sink to create an emergency counter top. I mixed, I stirred, I kneaded, I relaxed. After an episode of x-files and a little Margaret Atwood, I visited my bread. It was a small, tight ball. As I furrowed my brow I noticed the cup of bubbling yeast on top of the fridge. I sighed (or cried, I can’t remember) and started again. It was 11pm. A few short hours later I packed up my loaves and began my early morning bus journey to Westmount.

Later that day I answered the door, hair brushed and ready for a photo shoot. A confused photographer stood there, asking asking if Mrs. Cameron was home. I explained I was Lindsay Cameron, aged 23. Apparently the people at the Gazette thought the handwritten letter was submitted by an old lady. Something about ‘the frozen mittens, the long walk home.’ He took the photo anyway, with Tom, the boy I looked after, smiling on my lap as I sliced away.

My mother still makes her bread. My son Rex helped her over the Christmas holidays. The old tins are rusty now and need to be lined with parchment. Other than that, the recipe is much the same. 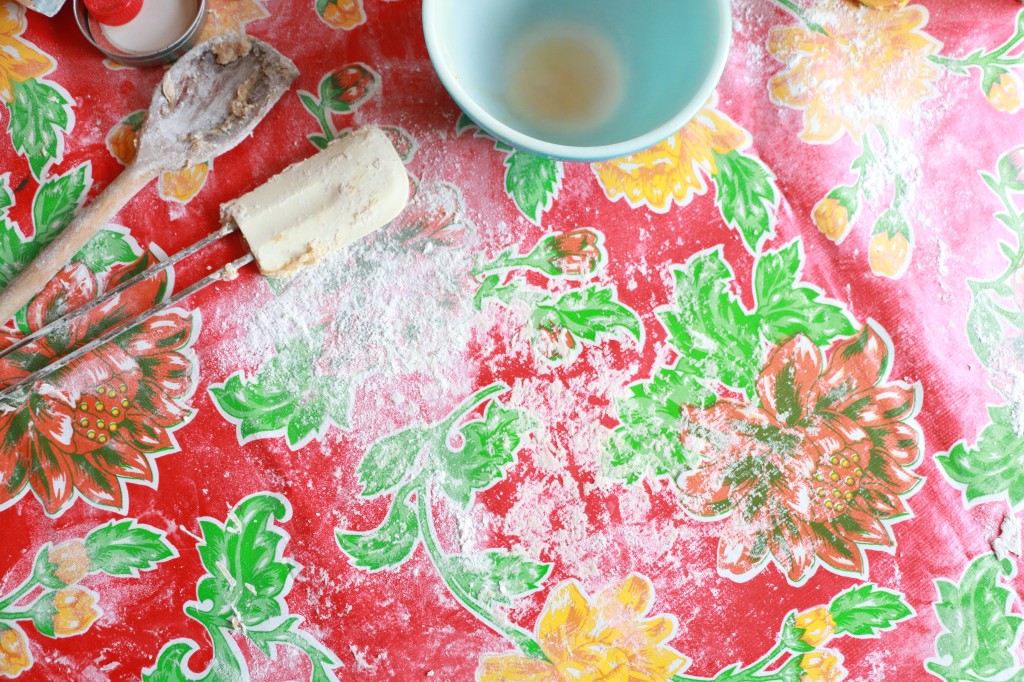 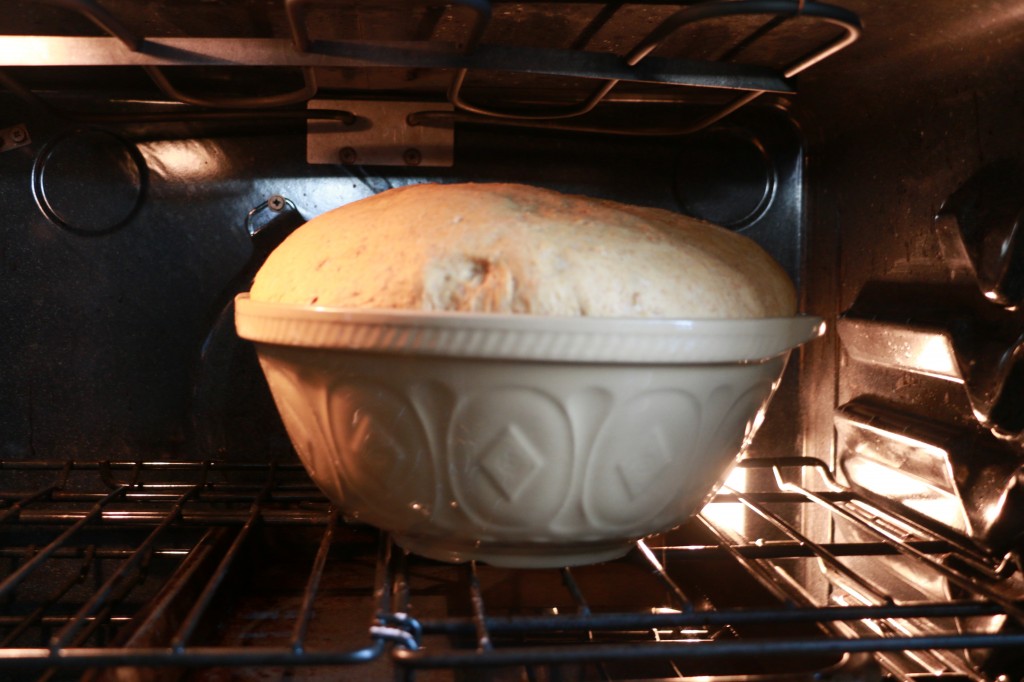 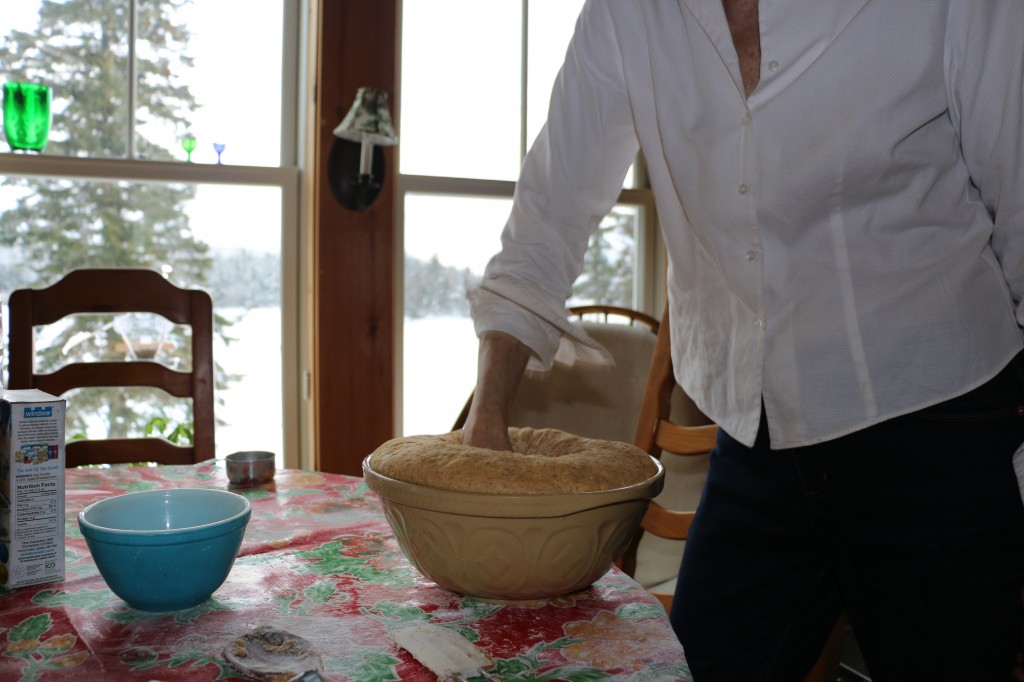 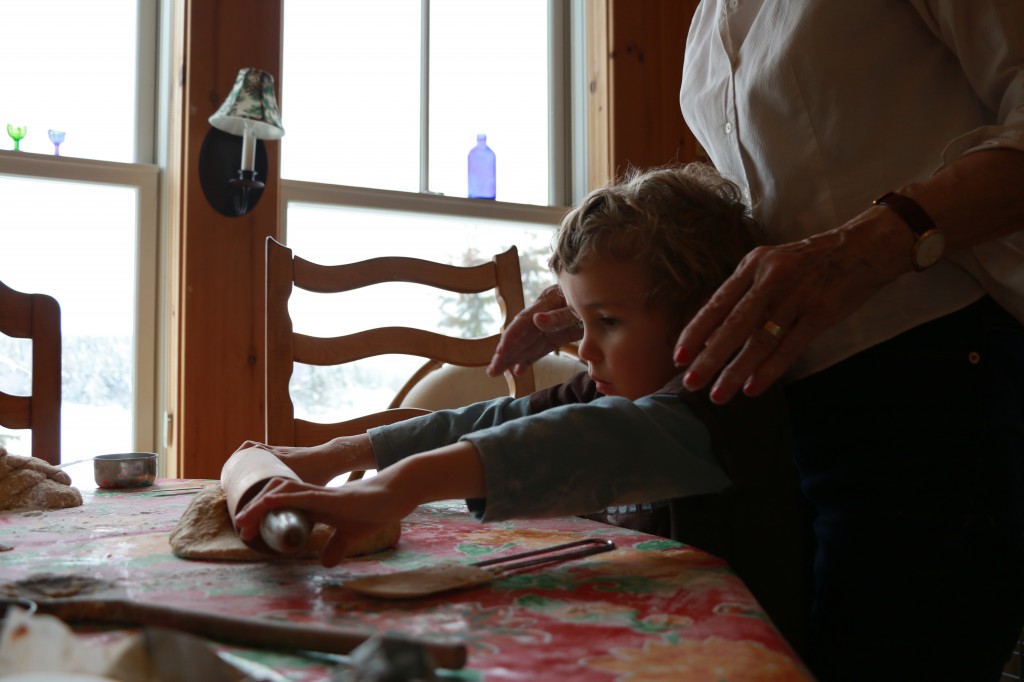 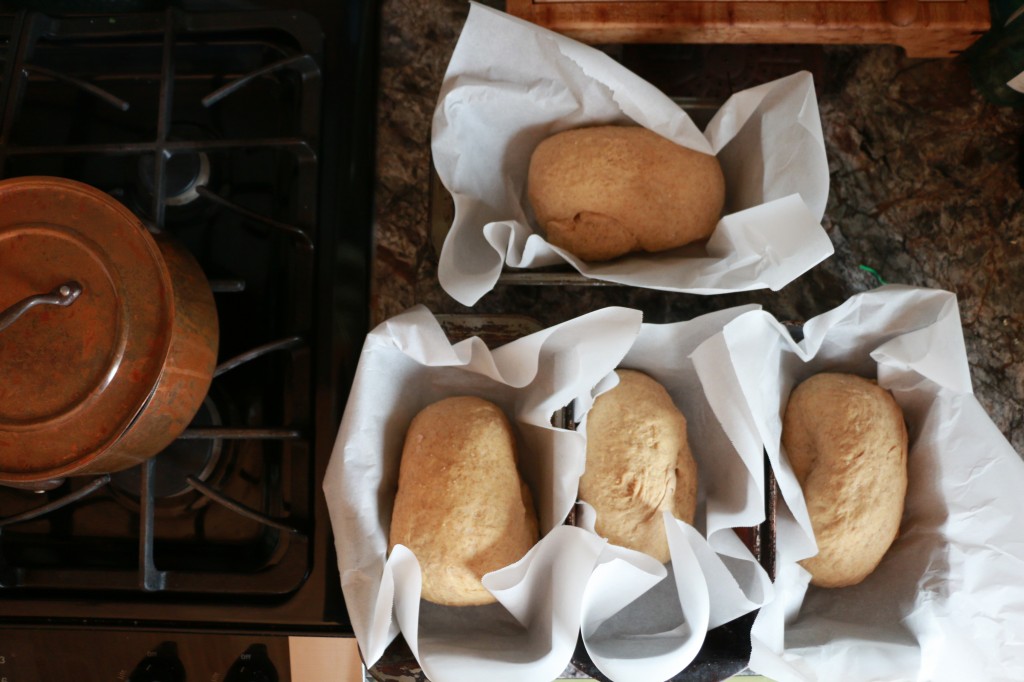