By Lindsay Cameron WilsonMay 9, 2022No Comments 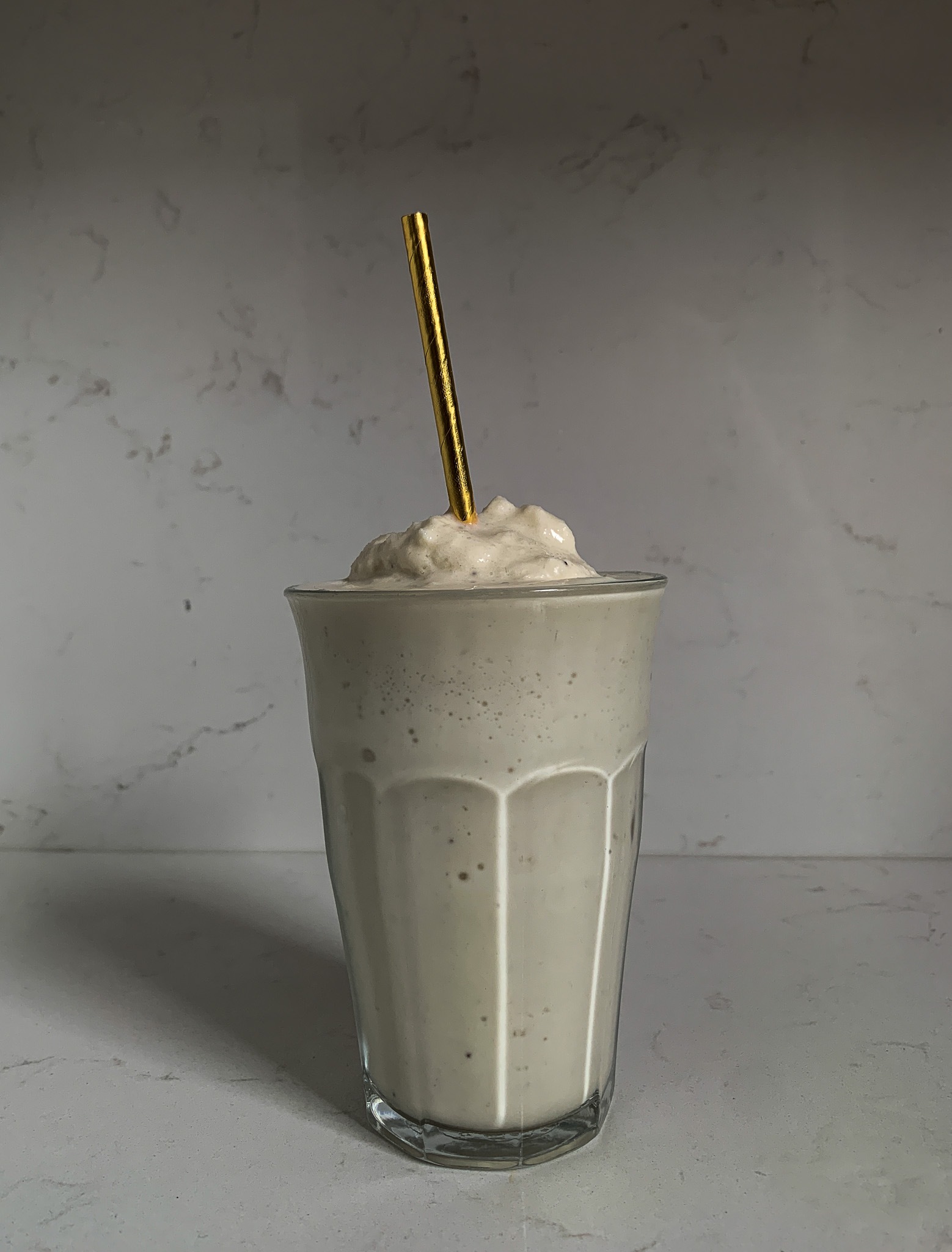 One hundred and fifty days in and my first big, cozy knitting project is done. It’s not perfect timing; daffodils are out, days are warmer, and most people are tucking away their wool and alpaca. Everyone, except for me.

All I have to do now is block it. This means wetting the garment, rolling it in a towel to soak up the excess moisture, smoothing it into the desired shape over spongy tiles lent to me by my knitting mentor Åsa, then pinning it in place.

I run my hands over the stitches and a montage of what’s held within the fabric comes to the surface – a few Maisie Dobbs audio books, countless podcast episodes, and once I got the hang of it, every All Creatures Great and Small episode too. The things we spend time with when our minds are calm settle sweetly into our memory and weave themselves into our story. These connections are everywhere – in our closet, our bookshelves, our music and our kitchens.

Jami Attenberg says it best in her memoir I Came All This Way to Meet You:

“The books we carry with us when we travel become a part of that journey, as much as a special meal we eat, a piece of art we see in a museum, a viewpoint we climb to, so we can look out at the world.”

My viewpoint last week was under an umbrella, stretched out with Attenberg’s book. She’s folded into that trip now, her words and stories are woven into the warm ocean, palm trees and the pool I’d plunge into when the shade became too hot. Her words are also in the banana ginger smoothie we’d sip poolside, and in the water mark left on the book from the condensation on the glass.

I recreated the smoothie as soon as I got home. A frozen banana, plain yogurt, a thick coin of fresh ginger, a swirl of honey and a cup of ice. That’s it. This morning I made it again while Sting’s voice filled the kitchen. He’s been on my mind since Monday night when I (along with twelve thousand other wild, middle-aged fans) watched him in concert. He told the Halifax crowd how he too had grown up in a shipbuilding port, but had always dreamt of leaving to become either a country singer or a cowboy. But his northern English heritage belied that dream, so instead he became a rock star, but on the side, he wrote country songs for the cowboys to sing. Then, he picked up his weathered ‘57 Fender, sauntered across the stage in black leather trousers and a dharmic orange tee-shirt, and began playing I Hung My Head.

And there I was in my kitchen in London, maybe 2003,  listening to Johnny Cash sing a cover of that song. I clocked many hours in that kitchen, cooking and listening to that album – American IV: The Man Comes Around. I was testing recipes for an ice-cream book, making sweet custards, again and again, before churning them in the machine on the counter. Cash’s voice was craggy, the songs were often heavy and sad. Perhaps I listened to balance the custards, to add depth and flavour. I didn’t know Sting had written that song.

And now I’m sipping a banana smoothie, thick with edginess from the ginger, listening again to Sting’s version. It’s lighter, more upbeat. But the fateful story is there, grounding it all. It’s like wool in May – a soft but heavy layer, worn for a few minutes, whenever you need it.