By Lindsay Cameron WilsonMay 19, 2022No Comments 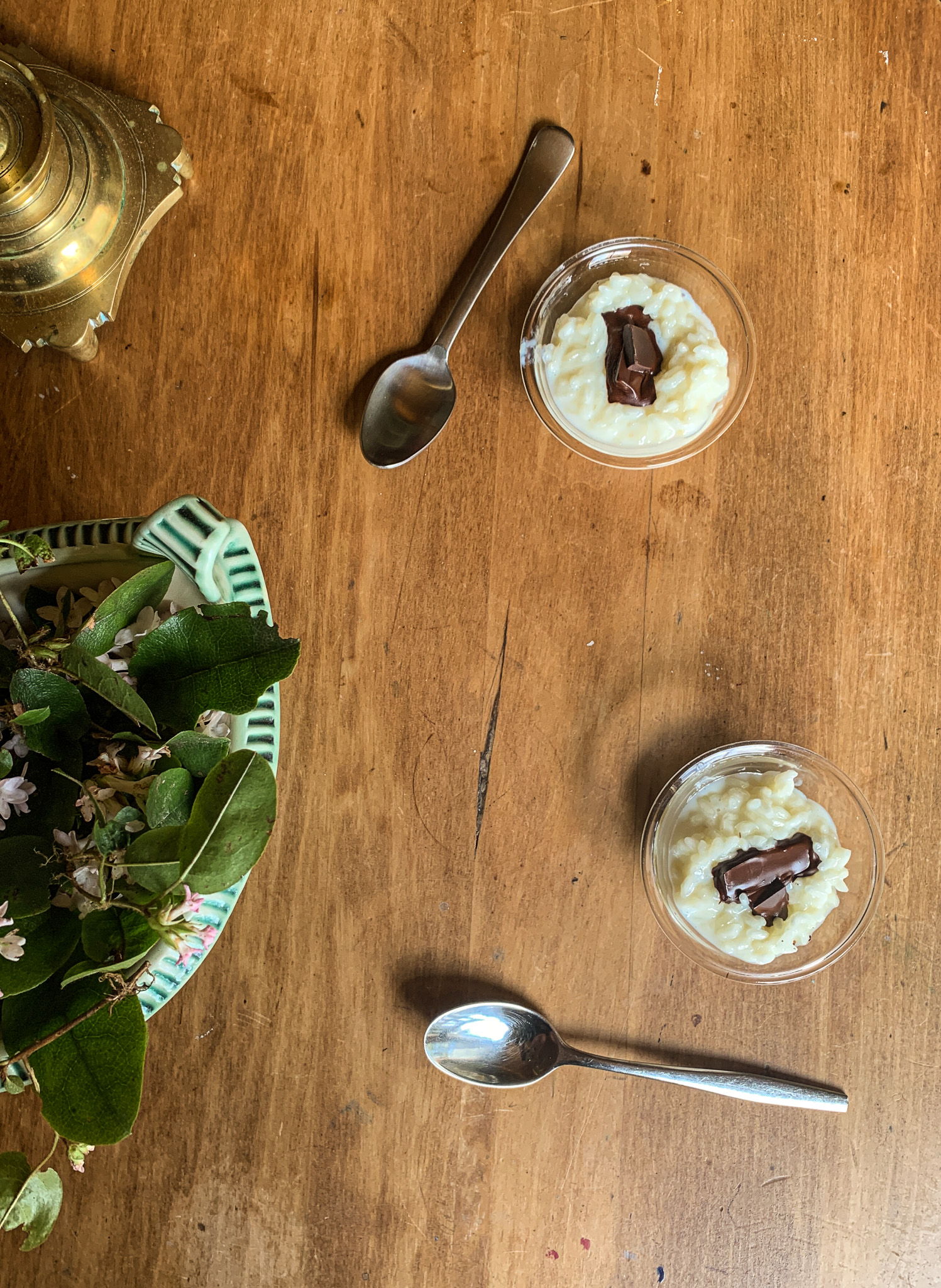 I’ve written podcast scripts before. Lots of them. But then I took some time off. Days, weeks, then months. A year. Everyone needs a break from creative endeavours from time to time; the secret is to pay attention to when it’s time to gear back up again. Notice the pull of curiosity, notice there are questions that need answering, some stories that need to be told, connections yearning to be made. But following curiosity – catching the wave, dropping into the powder – is challenging. Sometimes it feels like double dutch.

It’s 1983, maybe ‘84, and I’m in the concrete schoolyard of Sir Charles Tupper elementary school. Two girls – probably Laura and Stephanie, are holding the ends of two skipping ropes and are turning them in opposite directions. Grade five and sixes are lined up on one side, waiting for their turn to hop in. The one in front holds her hands up, palms out, in front of her torso, moving them in gentle vertical circles trying to mimic the rhythm of the ropes. One, two, three …

I remember the leap. A rush of adrenaline, the duck of the head, the elation that you’re in. That’s what writing is like, mid-story – the world around you fades away, and it’s just you and the ropes, a rhythmical double helix keeping the beat.

You just have to jump. You have to move forward.

Once I’m in, I look for rocks in the river. I jump to that one, then the next, until I’m across. My sister Sally says her rocks are treats throughout the day. She will write a difficult email, then have coffee and chocolate. Endure a long meeting, then crack open her lunch. Finish a presentation, then sit down with tea and more chocolate. Jump, jump, jump and just like that, the day is just a series of treats, and then she’s on her orange Dutch bicycle, cruising home.

Recipes are also stones in the river. They hold your hand and guide you across.

Today as I procrastinate when I should be jumping, Sally is making rice pudding with a few squares of dark chocolate wedged in the centre. She usually makes it for an after work, pre-dinner snack, and serves it in tiny, ‘won’t spoil your dinner,’ bowls. Sally, I should add, married into a Dutch family who also planned their days around chocolate.

But today, she’s making it for us. I’m going to call it Double Dutch. 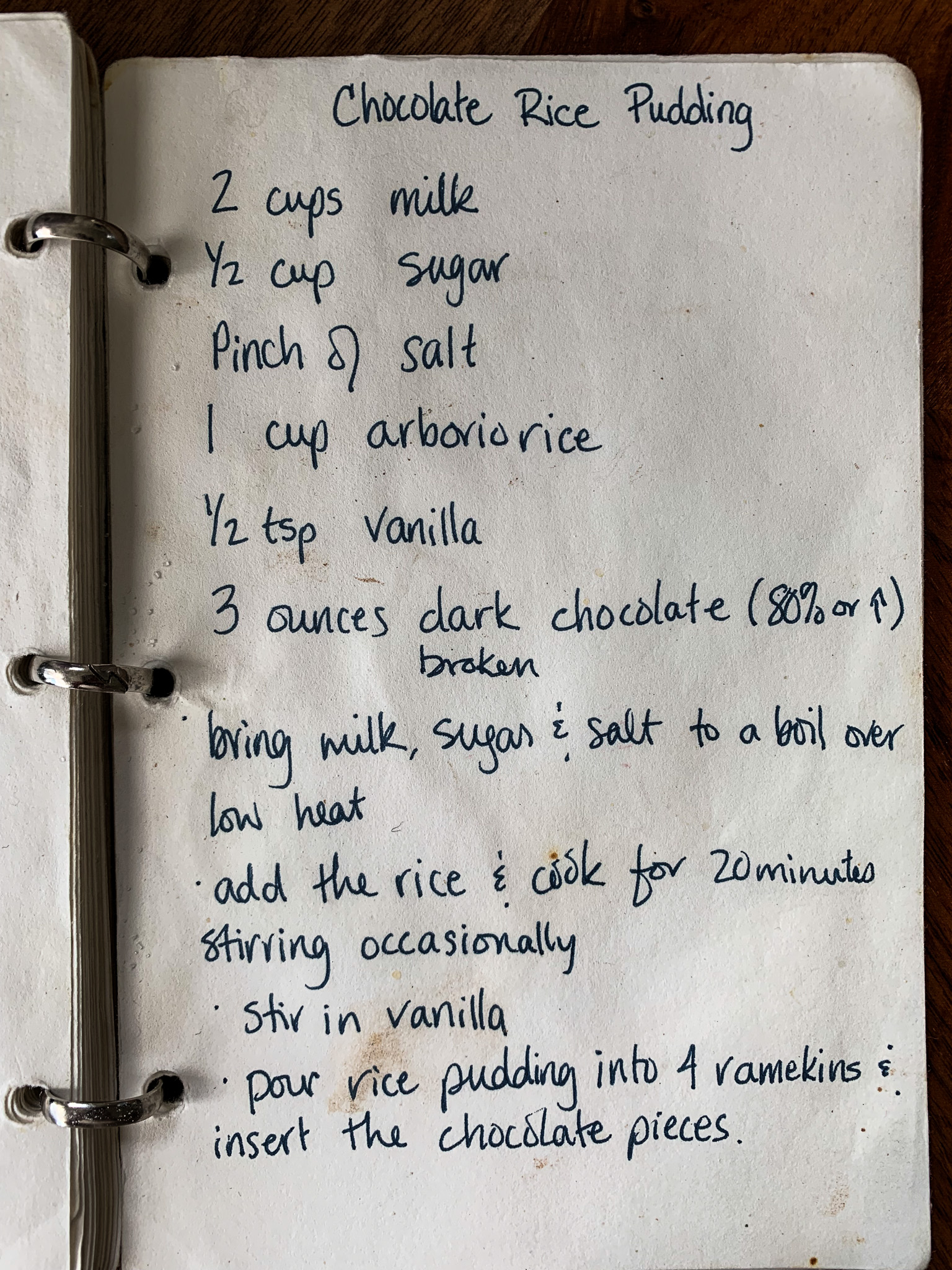 From a cookbook I made for Sally, circa 1997. She added this recipe in her signature, curvy writing. Take note of the instructions for dark chocolate, (80% or ↑). Sally doesn’t mess around. Also, she now uses 1/4 cup of sugar instead of the written 1/2 cup. Balance in all things.