By Lindsay Cameron WilsonApril 28, 2017No Comments 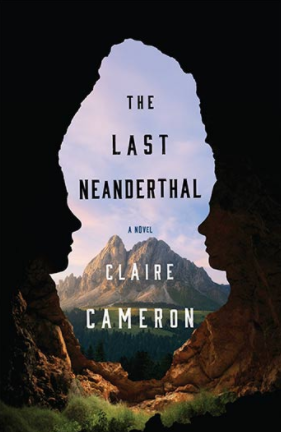 What do you really know about Neanderthals?

That they are dimwits? That they relentlessly tried to make fires and drank from fire extinguishers in the movie Night at the Museum? That they were killed off and have nothing to do with modern human lineage? Or do Clan of the Cave Bear animalistic sex scenes come to mind?

Claire submerged herself for five years in ice-aged history while writing the book. Perhaps longer. But in the interest of time, I powered up my iPhone and started googling.

In a nut shell, I learned that we’re all pretty much Neanderthal. According to Discovery Magazine, while it’s been more than 5 million years since we parted ways with chimps, it has been only 400,000 since human and Neanderthal lineages split. What’s more, if you’re Asian or Caucasian, your ancestors interbred with Neanderthals as recently as 37,000 years ago, when they crossed paths in Europe.

I also learned Neanderthals ate plenty of vegetables, not just hunks of meat grilled over an open fire. Their dental records tell us this.

And my favourite – Neanderthals had a sense of style. Archaeologists have recovered a yellow pigment in southern Spain that may have been used as foundation for their skin.

Adds popped up as I read. I used to be shocked at the coincidences when this happened.

“What are the chances that this online magazine is advertising the exact same clogs I was just looking at online, yesterday?” I’d say to myself. Or, “Wow there’s that light fixture I want! It’s popping up again, it must be a sign!”

Once again, do we really know what charcoal is? Skinny black sticks used in grade six art class?

Charcoal is a black or dark grey form of carbon, produced by heating wood or another organic substance in an enclosed space without air. It’s loaded with vitamins and minerals. It’s great for teeth whitening. Digestion. Water filtration. Hangover prevention. Odour purification. And eye-liner!

Of course I watched the video. A woman mixed 1/2 tsp charcoal power with 1 tsp liquid coconut oil. Using a tiny, angled brush, she swept the black mixture across her lash line. It was impressive.

The Walrus recently published a review of The Last Neanderthal titled, Why Is Neanderthal Erotica So Hot? The author has a point. But her best point is what she has to say about Claire: “Rather than highlighting the brutishness of Neanderthal life portrayed in Clan (of the Cave Bear), Cameron is interested in exploring our common ground.”

She ends the review with this, an exert from the book, where the protagonist, a female Neanderthal, is preparing for the hunt:

She knew how she looked, dressed for the hunt with hardened hides strapped tight to her shins and forearms. The black ocher paint on her face showed the two streaks of the family on each cheek. A shock of red hair stood up from her head. She wore a single shell on a thin lash around her neck. Her skin smoothed over muscles and gleamed with hazel oil.

Now I’m desperate to get to know who ‘she’ is, a character who according to the Toronto Star, Claire renders with such exquisite compassion, which “speaks to the author’s deep empathy, consummate skill as an artist and deep hearted vision.”

Claire is an onion. She would rather me say she’s a jar of peanut butter with a swirl of chocolate throughout. But really she’s an onion, fresh from the ground, with layers that become increasingly flavourful as you peel them back. She can discuss tragedy, talk eye-liner or delve deep into science or feminism. Claire puts a tender spin on the tough stuff, all while telling story.

And she’s kind when I’m a dimwit. That’s what cousins are for.

PS – Neanderthal – Some pronounce the ‘th’ as ‘t’. Some don’t. It’s up to you.
PSS – you can listen to Claire’s writing rituals on Episode 11 of The Food Podcast.