By Lindsay Cameron WilsonOctober 20, 2016No Comments 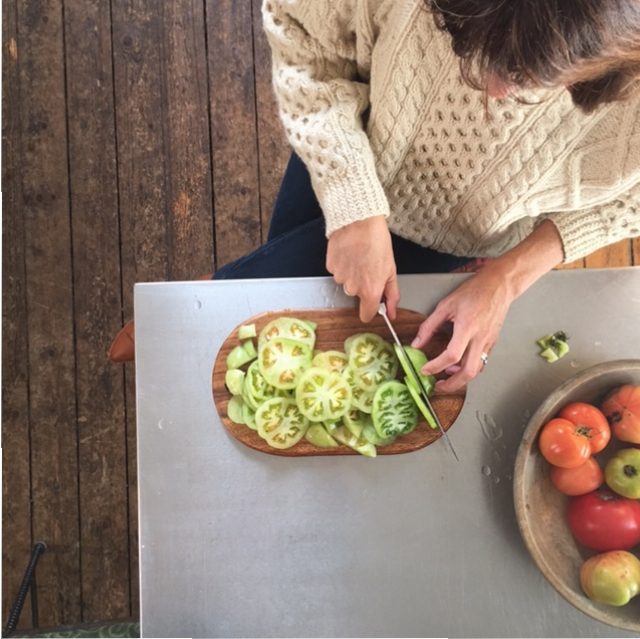 My grandmother was a stunner. No wonder her fried green tomatoes were also gorgeous. I should have known…

It’s sad to say that looks do matter. Especially in the instagramming world we live in, where food images fill our feeds, inspiring us to find beauty on every plate. If what I make isn’t attractive, even when the light is gorgeous and the story is rich, I won’t bother to capture it.

Take fried green tomatoes for example. I’ve been making them in the early fall, the way my grandmother used to make them. Or at least I thought I was. I’d take a green tomato – there’s always an unripened bounty around somewhere at the end of the summer –  and cut it into fat slices. Then I’d melt a knob of butter in a fry pan, add the slices and fry them until they began to really sizzle. As they fried I’d add a sprinkling of baking soda to the slices, to cut the acidity, as my grandmother did. Then I’d flip them over, revealing rust coloured scorched edges with the pale green tomato flesh hidden in behind. While the other side cooked, my grandmother said she’d toast a thick slice of molasses bread, butter it then pile a few fried tomatoes on top. It was her favourite ‘early fall’ evening snack. A few days ago, as I sat down to an evening snack of rusty-blacky-greeny fried green tomato slices served on buttered toast, I paused with my camera, furrowed my brow, attempted a shot, mumbled “f*&% it”, then sat down and just ate the ugly thing.

But then, just yesterday, I watched my sister Lee fry green tomatoes and everything changed.

She learned how to make this ‘snack’ while cooking WITH my grandmother, not by TALKING with my grandmother, as I had. She watched her gently melt lots of butter in a fry pan. She watched her slide many slices of green tomatoes into the pan, sprinkle them with baking soda, then leave them to simmer, NOT fry, in the pan. She noticed how she would stir, just every so often, encouraging the tomatoes to break apart and morph into a soft, chunky, green, buttery mixture. She added more butter if things got dry. The whole process took 20-30 minutes. (A far-cry from my 3 minute fast fry). Then Lee watched how our grandmother would spoon this mass onto a thick slice of toast, cut it in half, then eat it with a fork and knife. My sister prefers in the hand, bruschetta-style.

On episode five of The Food Podcast, we hear from long-time food editor Judith Jones. She introduced the world to food legends like Julia Child, Marcella Hazan, James Beard, and Nina Simonds, who we also hear from throughout the episode. I asked Ms. Jones what her secret was when editing a cookbook. She said, quite frankly, that you need to have a relationship with the person in the kitchen. You need to get in there and cook with them.

“You need to know where that person is coming from, and then ask the right questions.”

That’s how Ms. Jones worked. She hovered over the stove with her authors, asking why – why did you choose that ingredient? Why do you chop that way? Why do you fry that way? Why? Only when her questions were answered did Ms. Jones feel capable of editing a recipe so that anyone reading would truly understand how to follow along.

Thank you Lee for hovering over our late grandmother. Thank you for paying attention. Thank you for asking why. Thank you for teaching me how to make her fried green tomatoes – soft and buttery and not rusty-blacky-greeny in colour, but a lovely chartreuse green. 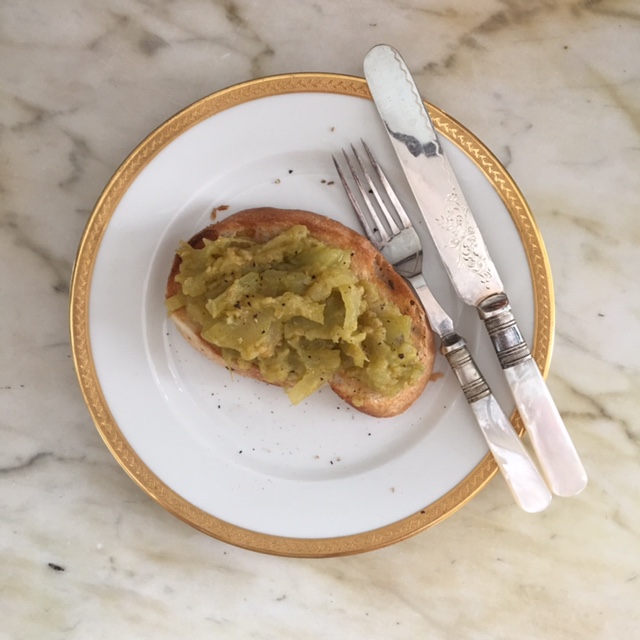