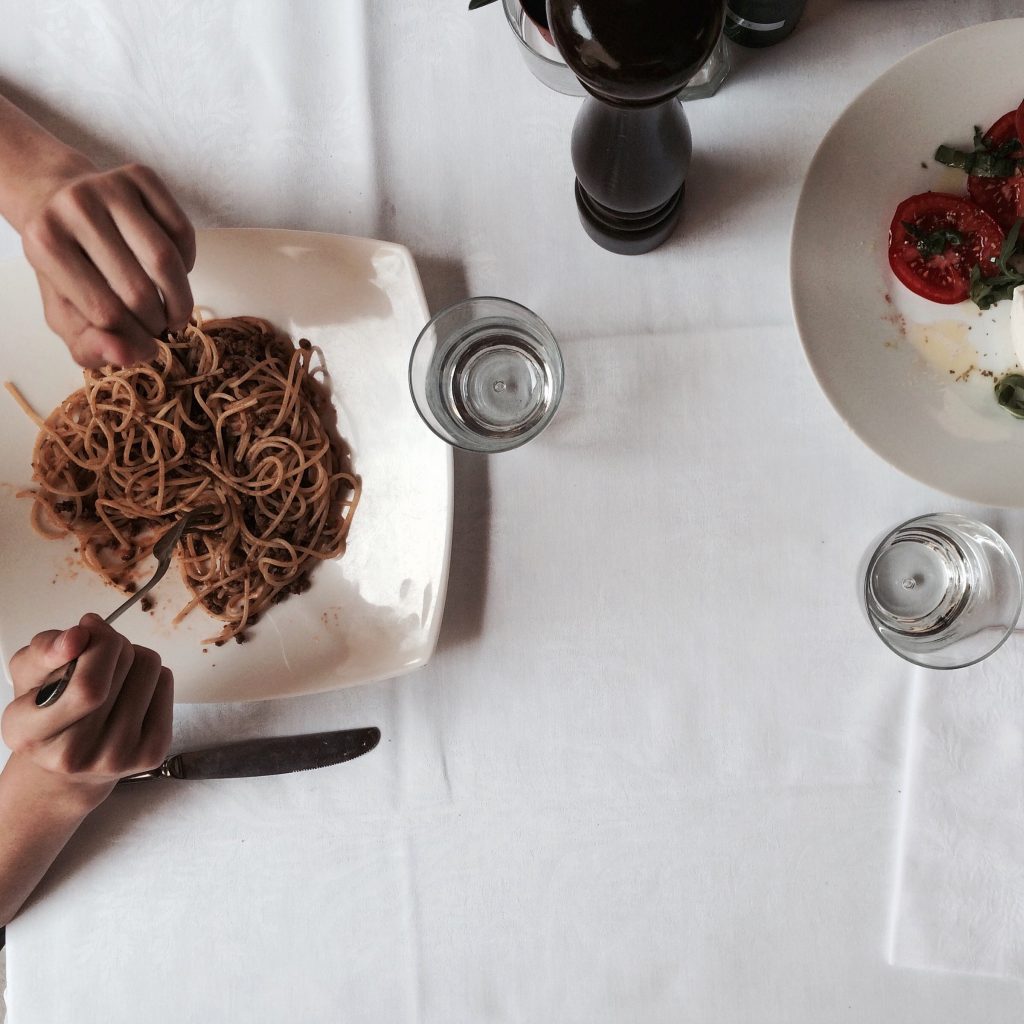 I love it when I get a note saying, “hey I had forgotten that my mom used to dry oranges for our Christmas tree, thanks for reminding me,” or, “I made turnip stamps when I was little. I have a CSA box full of them, now I know what to do with the turnip glut!” Hopefully these found memories lead to a deeper dive into our past. I find the more we scratch at this stuff, the clearer our story becomes. Sometimes hard stuff comes up, sometimes soft. That’s ok, because these textures make us human. The more in-tune we are with these textures, the easier it is to connect with others. And I think connection is what life is all about.

One of these connections happened to me just the other day, over sparkling water of all things.

I was cooking in my kitchen, prepping for a job and bingeing on Spilled Milk podcast episodes. I’ve mentioned (um, several times) that I’ve been on a Molly Wizenberg kick lately. Once I finished her memoir, I dove into her blog, and now her podcast. It’s so fun listening to a person’s voice once you’ve already scratched the surface of who they are. It rounds things out. Anyway. Molly hosts the podcast with Matthew Amster-Burton, and together on each episode they riff on a single ‘food stuff’. It’s hilarious. The latest theme? La Croix sparkling water. They taste-tested, laughed, burped and reminisced. Meanwhile, in my kitchen, I started reminiscing too.

The first time I tasted sparkling water was in Italy on a European family vacation / adventure / my father’s sabbatical. Minivans weren’t around yet, so our family of six rented a big blue rusty van, the kind with vinyl benches and no seat belts. (Imagine trying to play cards with a sister while simultaneously sliding side to side on every sharp turn.)  After a week in London and a week driving through Scotland (ie. visiting damp castles and almost getting kicked out of a B&B for excessive tomfoolery), we crossed the Channel on a hovercraft and set off in the big blue van for Italy. We had cousins living in Rome and Tuscany at the time; our timing was perfect.

We arrived in Rome not in our big blue van, but instead by train. The van broke down somewhere in the French Alps, just outside an 8km tunnel. Fortunately my ten year old sister was in french immersion at the time. She navigated us through road side assistance, arranged for transport to a near-bye town, got us a hotel for the night and train tickets for the rest of the journey. Yes, we were basically the Griswold’s on a European vacation with Lisa Simpson thrown in.

My mother’s cousin Doris hosted us at her apartment in Rome. I remember the bidet and cool stone floors – thank goodness. It was sweltering outside. We walked around Rome, melting. There was the Colosseum, yes, and ruins, Benetton and gelato… but really, all we wanted to do was swim in the pool at Doris’ apartment.

One hot afternoon Doris made lunch for us and served it on her balcony. Spaghetti. A green salad. Ripe tomatoes. Sparkling water. I was beyond thirsty. I remember reaching for the glass – it wasn’t 7 Up, and it wasn’t water. But the drink was cold and the sharp bubbles were strangely thirst quenching. I loved it.

Now whenever I sip sparkling water I think of extreme thirst being quenched. I shared this story with my mother in-law Rose while on a family trip in Italy. We were seated outside, it was hot, and the server poured us all glasses of sparkling water. Rose frowned while I smiled. She wanted ‘still’.
“Ever since I went on an exchange to France at the age of 14,” Rose explained, “I’ve hated sparkling water.” Naturally I leaned in for the full story. “I was staying in a beautiful house, just outside of Lyon,” she continued. “It was practically a Chateau – a far cry from my little house in Birmingham, England. Their relatives next door had a peach farm, it was so lush and beautiful. I remember eating whipped potatoes with lashings of cream every night. But, for some reason I became very constipated when I arrived, and it got worse and worse as each day passed. I attempted to explain this to the Madame in my school-girl French. She thought I had diarrhea and gave me some sort of tablet in a tall glass of fizzy water. I had to drink it down, again and again. It was awful. I felt like I was being pumped up with a bicycle pump! Fortunately I eventually managed to explain myself before I exploded.”

Rose said the exchange was a positive experience, tainted only by poor French and constipation. “But I still hate fizzy water.”

So there I was, in my kitchen, giggling about our European adventure, Rose and bicycle pumps, when a recipe popped into my head. It comes from Rose’s friend’s mother, the late Mrs. Innes, founder of The Chicken Burger. It’s a pound cake of sorts, but made with ‘one fresh can of 7 Up’. Fizzy water, as we learned from Rose’s story, acts as a leavener. When the fizzy water is also sweet and lemony, and lots of butter, sugar, eggs and vanilla are involved, the result is one gorgeous cake.

Thank you Spilled Milk for sharing your stories so I could find mine. And now I have a 7 Up Cake on the counter. Perfection. 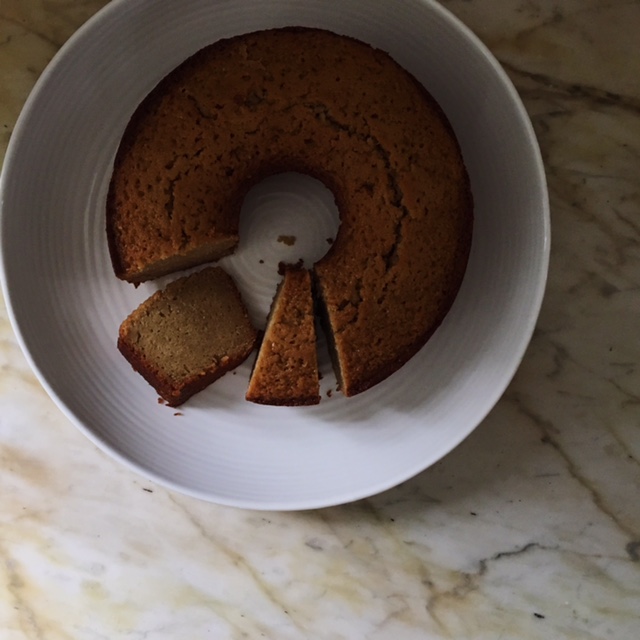 Beat butter and sugar for 20 minutes. I know, it seems like a lot. But the mixture needs to be light and fluffy. Beat in eggs, one at a time. Add vanilla or lemon extract.

Sift flour together with salt. Stir into egg mixture in three sections. Be gentle – you don’t want to undo all the fluffiness from 20 minutes of beating. Fold in 7 Up.

Bake for 1.5 hours, but check at 1 hour 15 minutes. A skewer might have a few crumbs but they shouldn’t be big and sticky.

Cool cake on a wire rack for 30 minutes then run a knife around the edge and turn out onto a plate. Cake lasts a week if well covered. It also freezes beautifully.