By Lindsay Cameron WilsonNovember 12, 2020No Comments 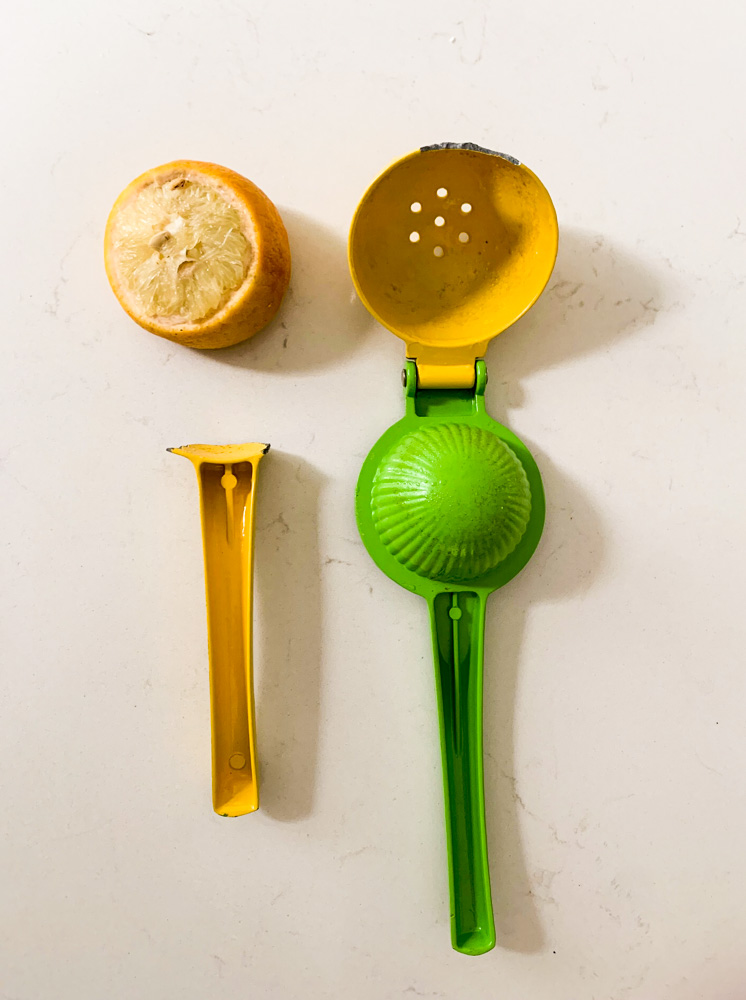 I have a thin bruise running along the top edge of my right ring finger. It happened as I was reflecting on how much I love my citrus squeezer, the kind that clamps down over a half of a lemon (or lime) and shoots juice through the holes in the other side. I was making Carla Lalli Music’s recipe for tahini butter from Bon Appetit (as recommended in Sophie Hansen’s fabulous newsletter) which calls for a big splash of lime juice along with tahini, butter, soy sauce, sesame oil and sesame seeds for crunch. She recommends spooning the butter over steamed sweet potatoes, so, as directed, a few were steaming away on the stove. I found a leathery lime in the bottom of the vegetable drawer, sliced it in half, clamped down and watched as two tiny drops fell onto the tahini below.

“This dish really comes alive with lots of bright citrus,” writes Music. Two drops wouldn’t do. I rummaged around further and found a lemon with a rind so thick I had to ram it into the contraption. I squeezed down hard, determined to ‘brighten’ the tahini with as much substituted lemon as possible. But this time, the rind folded over on itself, blocking the flesh from being juiced. I rearranged it and clamped down again, squeezing with all my might. Brighten! I yelled as the metal handle snapped off and the clamp slammed down onto my finger.

I crossed the juicer off my list of favourite things.

The list was prompted by my friend Vicki. She invited me to join in on a gathering of ten women sharing ten of their favourite things. The idea was to spark joy and share wisdom, all while enjoying charcuterie and Smitten Kitchen’s lemon bars (now a new favourite thing).

I wrote my list in the car, outside Vicki’s house, on a piece of paper torn from one of my kid’s scribblers. I’d been avoiding writing this list. My favourite things are simple. Would they stack up? But as it turns out, when cortisol rises, when the world is sick, when democracy is uncertain, we women take refuge in simple things.

It’s a good idea to think about your favourite things. It brightens your life, like a successful squeeze of citrus over a slather of tahini butter. Or so I’m told.