Everything we need is here

By Lindsay Cameron WilsonNovember 2, 2020No Comments 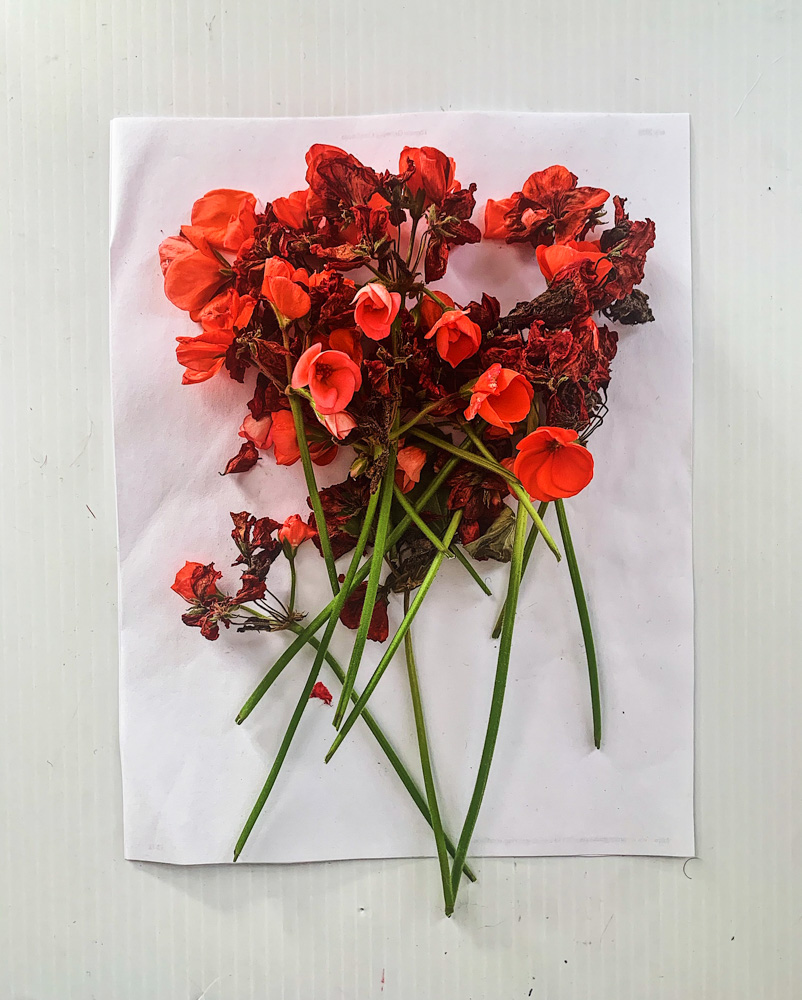 There is a scattered bouquet of red geraniums on the table in my aunt’s Sandra’s studio, trimmed from the window boxes outside. I’ve been monitoring their changes every time I drop by. The blossoms are in various stages of decay; some are shrivelled while others are hanging on to life. Sandra is going to use the petals as a natural dye.

Everything we need is here, she says.

I need this reminder. I want to step into the world wide web for answers on a daily basis. But it’s so big, so tangled. I need restrictions. Restrictions lead to clarity, clarity leads to resourcefulness, and resourcefulness, I like to think, leads to the best kind of creativity.

So I walk into my small vegetable patch and harvest the undersized, gnarly acorn squash residing in the tangled mess that is my garden. I planted too many squash in this small space. Over the summer they grew beneath an overcrowded umbrella of leaves so thick I didn’t even know they were there. But when the temperatures began to drop, the leaves retreated revealing four little squashes. I wondered if they were too small to eat. But everything we need is here, so I cut them in half and scoop out the seeds. I rub the cut sides with oil, sprinkle them with cinnamon and slide them into the oven to roast. When they are caramelized and soft, I scoop the flesh into a bowl. The yield is small, but enough to make bebinca, a recipe from Nik Sharma’s book SEASON’s (that I wrote about here two years ago this week). Bebinca is a baked custard of sorts, perhaps Goan, maybe Portuguese, the origins are unknown. Nik’s version, which hails from his Californian/Indian kitchen, features sweet potato and coconut milk. The texture is dense and soft with a spongy, almost canelés-like top. It’s a flexible dessert, one willing, I thought, to withstand a squash substitution. I also chose to make it because the recipe was already here, in my memory.

While the bebinca bakes, I make lunch. I pull out the George Foreman Grill, the one my nephew bought at a thrift store for $2 and kindly left at our house for moments like these. I layer aged cheddar, a few forkfuls of beet sauerkraut and another layer or cheese between slices of bread. The combination is such a good one – pungent with a pop of colour. I always have sauerkraut of some sort at the back of the fridge and cheese in the cheese drawer. Everything I need is here.

I am that pile of geraniums, part young, part old. The young asks for advice, but the old, she already knows the answer: feed your creativity, she says, with pink grilled cheese sandwiches and a slice of bebinca. 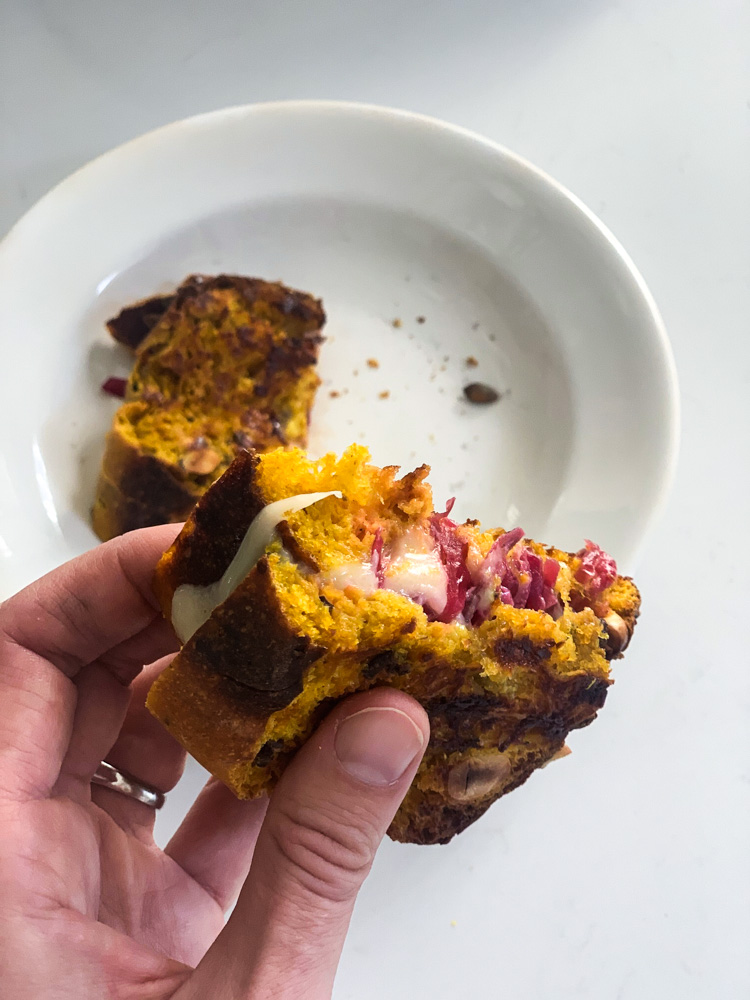 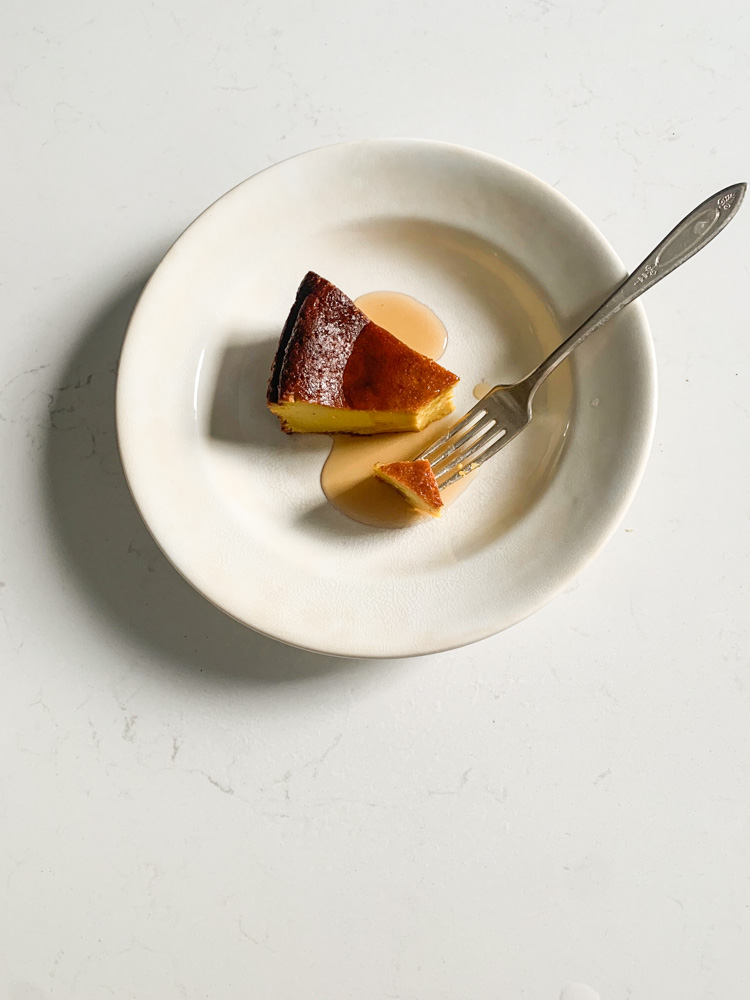