Do you plan your own Birthday parties?

By Lindsay Cameron WilsonOctober 16, 2017No Comments

Do you plan your own birthday parties?

My youngest son Rex has been planning his own party ever since he could articulate his vision. Last year the vision was a projected movie on the living room wall, complete with a popcorn concession stand and monopoly money for all the guests. This year, for his eighth birthday, he wanted to play soldier at Citadel Hill, the National historic site just a few blocks from our house. His brothers, cousins and friends dressed up in costumes. They captured a Spanish spy. They ate birthday cake decorated with the Canadian flag in the ammunitions room. It was ‘the best day of his life’.

Then there’s my sister-in-law Christine, a fourth of July baby. She’s so over the moon for her upcoming 50th, she’s had a logo made for the invitations, eight months in advance!

It’s all so infectious.

Are you filled with infectious birthday energy? Or do you let the day arrive, casually, and face it as it comes? Do you get disappointed when no one reads your mind and celebrates you the way you’d like to be celebrated? Or are you just too lazy to make an effort? I know all these people. I’ve been all of these people.

But not this year.

I want to be infectious! I am going to host my own cocktail party. There will be appetizers made from all the fall vegetables overflowing from my fridge. There will be drinks made from my sister’s large supply of rosehip syrup. There will be chips, and there will be chocolate cake topped with salted caramel icing from Claire Ptak’s The Violet Bakery Cookbook. I love this book. If you need to make the icing now before you have a chance to buy the book, which I understand, you can find it HERE – scroll down and down.

As I made the caramel sauce, the first step of the salted caramel icing, I listened Violet Sessions, the podcast Claire Ptak co-hosts from Violet Bakery. In the latest episode Claire talks with psychotherapist Julia Samuel. At one point Claire admitted that she often makes cakes when life is tough or confusing. Melding ingredients into one sweet, pretty creation makes life feel in control. Happier. Tidier. I know what she means. The smell of caramel filled my kitchen, coating all the mess and to-do lists with a golden sheen. The promise of a party.

Maybe that’s why people plan their own parties – to find some order in the disorder? To ensure a sweet moment? To manage expectations? Is my eight year old that wise? 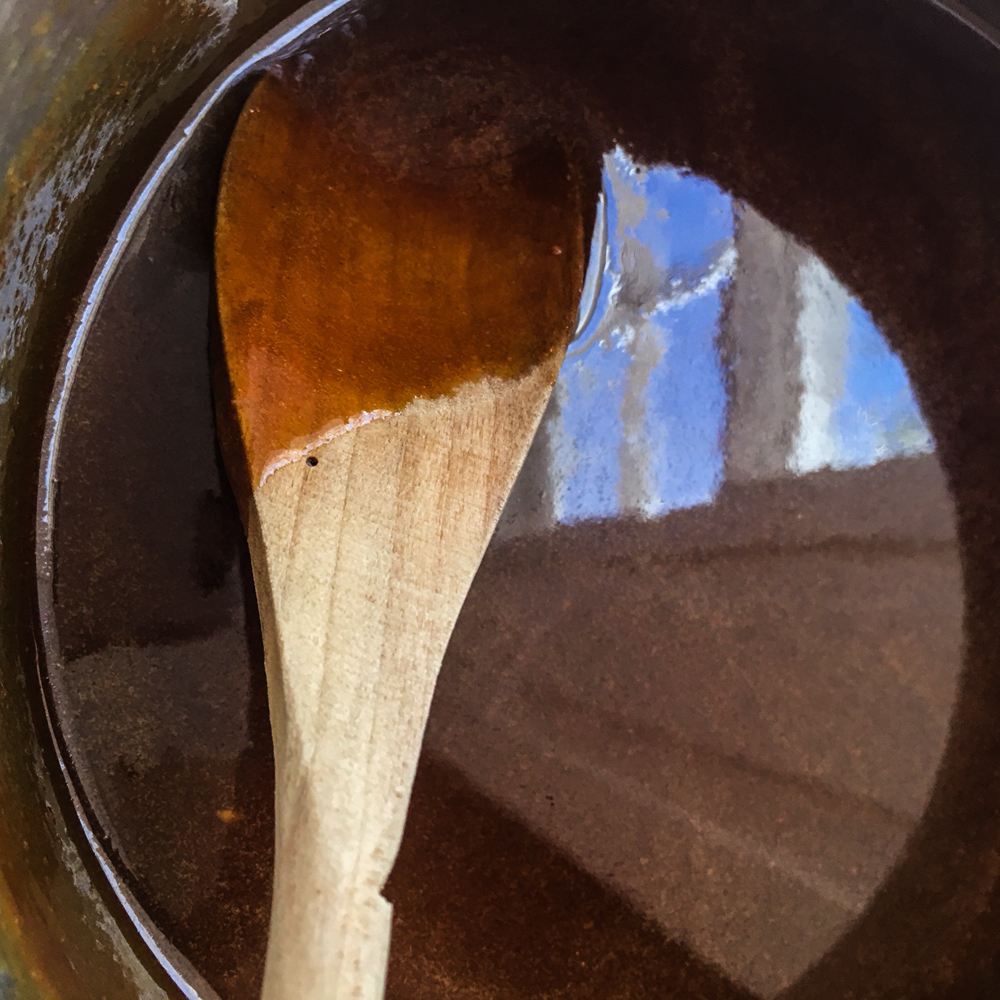 Here is the caramel sauce, cooling by the window. I used 18% cream instead of 35%; that’s all I had and in true form, was too lazy to go shopping. When it’s cool I’ll whip it with butter, milk and icing sugar. Fingers crossed it’ll work… Rex would never have allowed for this approach to party planning. But that’s where we differ. Some of the ‘best days of my life’ were when things didn’t go according to plan.

I’ll let you know how it goes…

PS – When I was a little kid, there was an IKEA in Nova Scotia, just outside of Dartmouth. Everyone I knew had IKEA bunkbeds, rugs, desks and recliners. We played in the ball room and ate meatballs. And we all called it I-KAY-A. Just because. But then one day the IKEA people took our store away. Our population was too small, they said. Time passed. We’d obsessively visit an IKEA whenever we’d leave Nova Scotia, and sometimes we’d get teased when we’d pronounce it wrong. A friend at university once said, Lindsay, repeat after me: IDEA, I-DAY-A. IKEA, I-KAY-A. (He was from Ontario).

But guess what? IKEA is back and Nova Scotians are going wild. There are traffic jams leading to the parking lot. There’s a 45 minute wait for meatballs. But I’ve yet to go. Somewhere along the line, IKEA became ‘Swedish for divorce’. Why risk it? I wrote all about it  HERE, way back in my notebook, before I took pictures, before I had a newsletter, before I made my own meatballs.