Where do you hang your tea towels?

By Lindsay Cameron WilsonJanuary 17, 2018No Comments 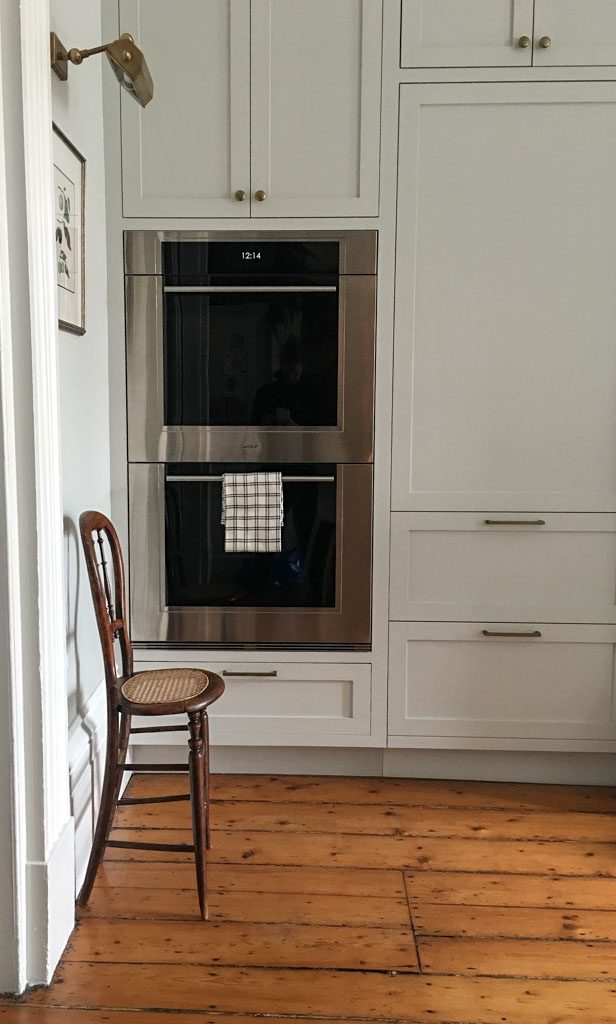 Where do you hang your tea towels?

On the oven door?

Stuffed into a drawer handle?

On a bar in the cupboard under the sink, away from sight, where my mother-in-law used to keep her tea towels, three kitchens ago? Her husband would pull it out to dry his hands and mutter something about unsanitary conditions and lack of air circulation under there.

But what was he doing drying his hands on that tea towel in the first place, my mother would say. Linen is to dry dishes, not hands, regardless of air circulation. Imagine!

Tea towels are clearly contentious. And they hold stories – the story of the fabric, the design, the artist, the seller, the buyer, the person who gets a cheeky tea towel whipping as dishes are being dried, the door handle it hangs from, the fights over sanitation. They are weighty, those little rectangles.

My latest podcast episode explores all of this. You can find the link to the episode below. I’d love you to listen. But before you go, here’s a taste from the opening. I always start with a personal essay, one that ties into the episode in one way or another. This one is a classic Cameron story, full of adventure, embarrassment, 80’s fashion and, of course, Pride and Prejudice and Princess Diana.

Do you remember that scene in the 1995 BBC version of Pride and Prejudice, where Mrs. Bennet and four of her daughters are squished on the sofa in the drawing room at Longbourne? Mrs Bennett is intent on marrying off Jane to Mr. Bingley, who is sitting and smiling, awkwardly, in a chair opposite. They sip tea, smile, and make conversation…It’s deeply uncomfortable.

Now picture this – it’s the summer of 1986, the four Cameron sisters, and their mother, all dressed in Laura Ashley, squished on the sofa in the drawing room of the Chief of the Clan Cameron in Lochaber, Scotland. My parents had met the Chief, or Lochiel as he is known, and his wife the previous summer at the Clan Cameron gathering in Nova Scotia. Now Nova Scotians are more Scottish than the Scottish they say. I grew up highland dancing, badly, and my father has been playing the bagpipes since he was 14. He plays better than I danced, so was asked to be the chief piper at the Clan gathering. His skills got us an invite to their home, the following summer, when we would be in England and Scotland on a family trip.

We eventually got off that round about and made it to Scotland, where we invited for tea, but we were served orange squash instead. Lady Cameron made polite conversation, but we were clearly the millionth Cameron family to sit on her sofa.

My mother wasn’t there to marry us off to a distant cousin, but we were interested in looking at family photographs placed throughout the room. Their granddaughter was a flower girl at princess Diana’s wedding! I could see Diana smiling at me from the mantle! But instead we sat, wedged together, sipping a sweet orange drink. It was deeply uncomfortable.

As we were leaving, Lochiel offered us a tea towel featuring the Cameron Crest –

five arrows wrapped in a thick, leather belt. Brown and red, not perfect for our kitchen’s colour scheme but a memory none the less. my parents thanked them both.

But then came our hosts final words…

Thank you for coming, and that will be 5 pounds for the tea towel, please.

Do you have a favourite tea towel? Does its presence whisk you away to another time, another place or an embarrassing moment, in a Laura Ashley dress? Tell me all about it.

PS – You can subscribe to The Food Podcast HERE, or listen directly from my site HERE. Thank you!

PPS – Want to explore your creative side? Alissa Kloet of Keephouse (the star of episode 23) is offering a weekend-long workshop in February, full of art, great food and yoga… doesn’t that sound dreamy? Check it out HERE.