By Lindsay Cameron WilsonApril 3, 2020No Comments 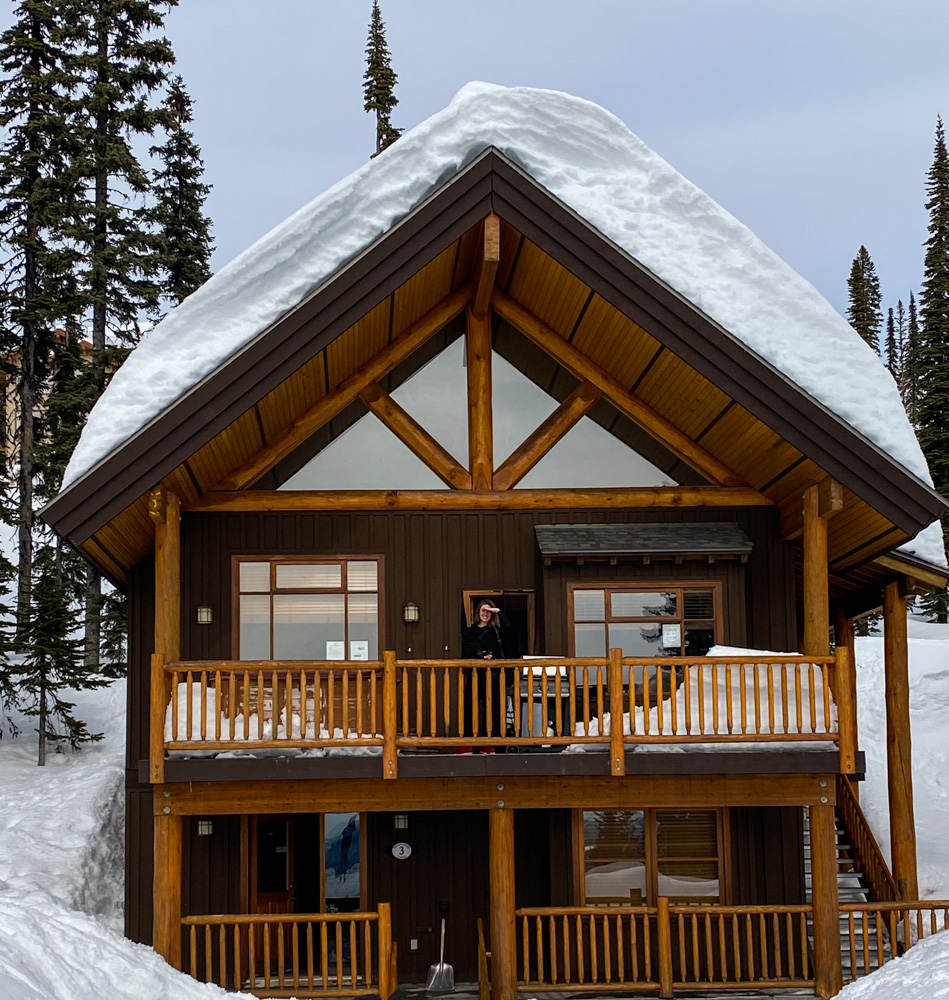 I have a hard-backed recipe book that my mother gave me for my twenty-first birthday. It’s designed for writing down recipes, journal-style. Over the years I’ve recorded a few things on its pages, but mostly I’ve tucked recipes written on scraps of paper inside the book. The spine is cracked and bulging with memories.

Recently I opened the book and a piece of paper floated to the ground. ‘Essential Summer Recipes’ was written across the top.

2004 came flooding back. I was four months post-natal and packing to move back to Canada from London. Most of our things, namely furniture and cookbooks, would be in storage until we settled somewhere. It could be weeks, even months before I had access to my essentials. I would need a stash of recipes to get me through:

Nothing savoury. Nothing healthy. Just the good stuff.

The last entry, marshmallow sauce, made me smile. I saw lots of marshmallowy sweetness while in British Columbia a few weeks ago. The magnolias were blossoming in Vancouver, but deep in the Okanagan Valley there is mountain called Big White, where everything was coated in fluffy whiteness. Mounds of snow teetered on roofs, treetops and chimneys in a magical, Dr. Seuss kind of way.

But this is where marshmallowy beauty can get you in to trouble.

Once upon a time there were two sisters and their families attempting to go skiing together as COVID 19 spread throughout the world. In that naive stage, just before they realized what isolation really meant, they found a ski resort (perhaps the last one in Canada) open for business. So they rented a house and had one, beautiful day of skiing. Afterwards they stoked up the grill for a big hamburger feast. But uh oh, no ketchup! Lindsay and her husband James decided to fix the problem by taking a little walk into the village. Surely there would be a shop open, and on the way, Lindsay could take pictures of the marshmallow rooftops. But somewhere between the snow below and the marshmallows above, Lindsay fell to the snowy ground just outside the shops. James found her there, clutching a dislocated shoulder. How can one dislocate a shoulder while walking? It’s a good question, one that can only be explained by a camera in hand, an outstretched arm and a sugary distraction.

A paramedic kept Lindsay distracted at the tiny Big White hospital as they waited for the physician to put her back together. As she hauled on gas and air, he talked about trips to Halifax, about the food he liked to eat, and his favourite diner in the world, just a few blocks from Lindsay’s sister’s house in North Vancouver: The Tomahawk, a legendary diner serving up the best breakfasts since 1926.

Once home, Lindsay wobbled up to her room, the kind of room the older sister gets, complete with glass french doors overlooking the living room below. She was still giddy from the ‘laughing gas’, and changing out of her ski gear was difficult. But halfway through the process, she was struck with a thought – I must remind my sister about that diner! Maybe we can go there before the world shuts down! So she concealed herself behind the door and yelled that important information down to everyone below. She wondered why her sister laughed; Lindsay had forgotten that it’s futile to hide nakedness behind a glass door.

There are a few morals to this story:
-If you’re going to injure yourself on a ski holiday, tell people it happened on a double black
-Take care when taking pictures. Wear proper footwear, not your brother-in-law’s sneaks designed for walking on wet rocks
-When the world is experiencing a pandemic, consider sharing an embarrassing story to lighten the mood. Nudity not required, but encouraged.

*Above image: Me, clothed and arm in a sling, saying hello from our snow-capped rental in Big White. 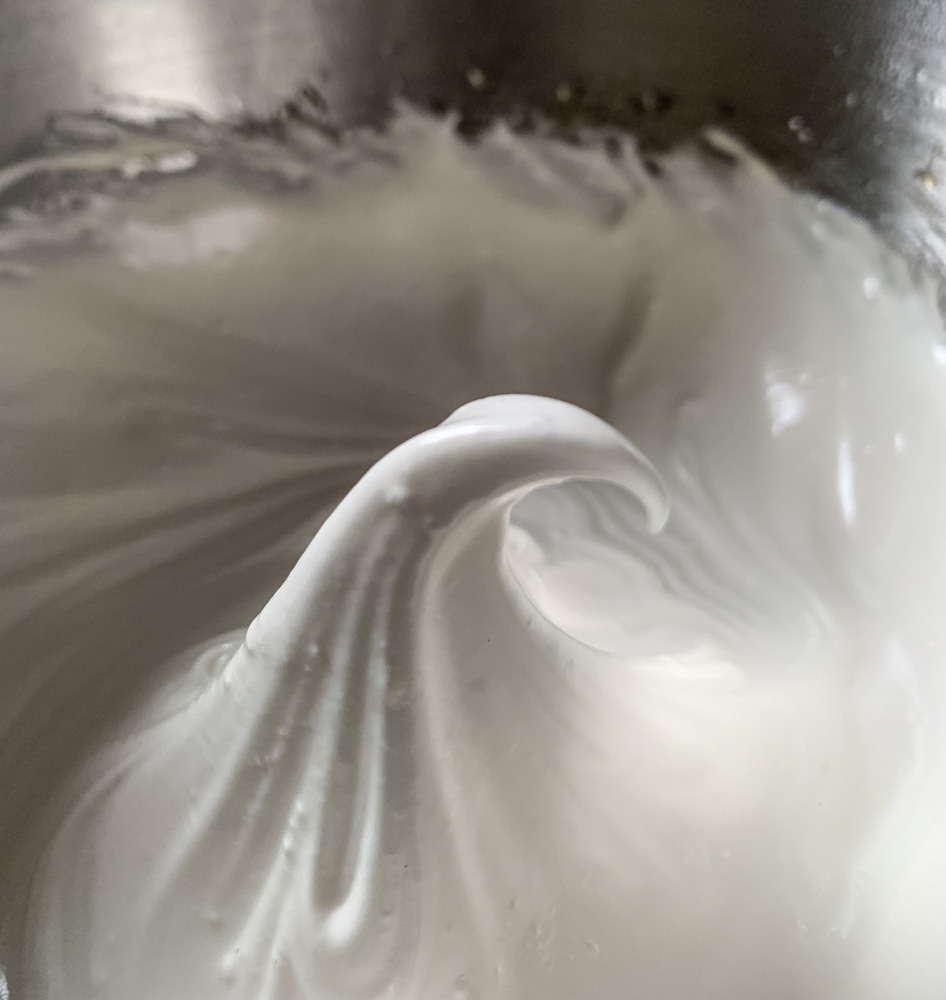 This is essentially homemade ‘fluff’. It can be spooned over cake or cupcakes, spread between two cookies, or served over ice cream at an ‘isolation’ sundae bar. We’ll be hosting the latter this weekend. Let me know if you’d like to be zoomed in…

Combine syrup and sugar in a saucepan over medium heat. Add 1/4 cup (75ml) water and bring mixture to a bowl, swirling the pot to dissolve the sugar. Do not stir; let the mixture bubble away on its own for 4 minutes or so, until a thermometer reaches ‘soft ball stage’ – 240F / 115C.

While syrup is boiling, using an electric mixer, whisk egg whites with salt until stiff. When syrup is ready, turn the mixer speed to medium and slowly pour the hot syrup down the side of the mixing bowl and leave to whisk away until mixture holds its shape. Whisk in vanilla. Scrape ‘sauce’ into a container and store in the refrigerator until ready to use.