Breakfast for lunch, in athleisure wear

By Lindsay Cameron WilsonApril 9, 2020No Comments 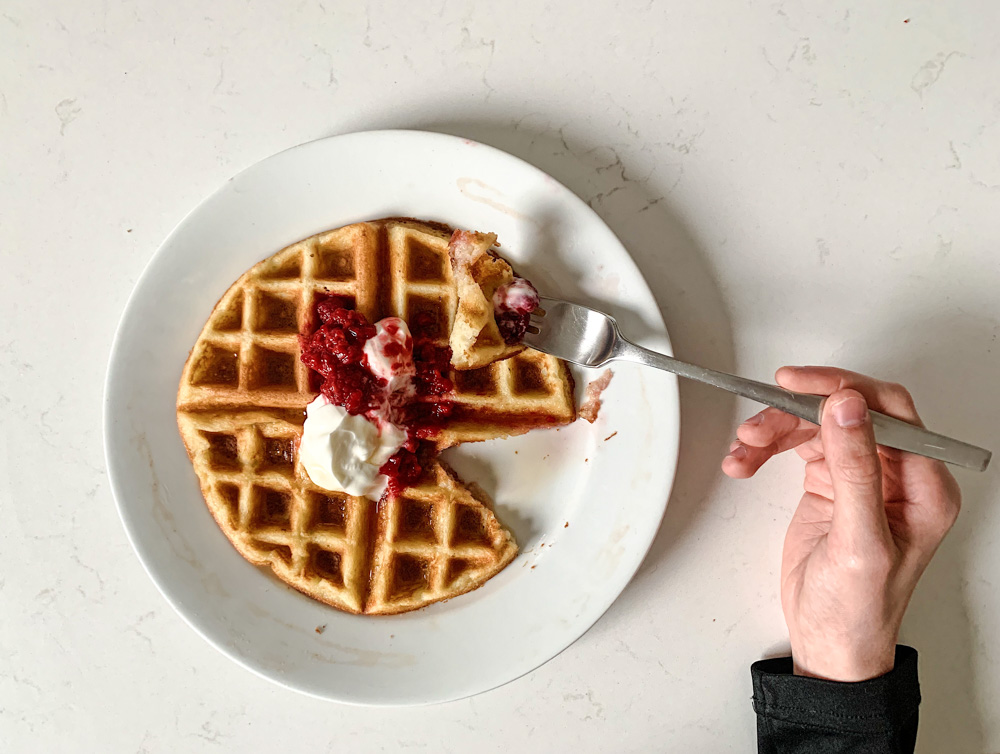 Every morning, just before dawn, our cat wakes us by tapping her paw against a mirror that sits on the floor, leaning against our bedroom wall. Pearl is a beautiful, fluffy cat, permanently dressed in a tuxedo. My children haven’t changed out of their pyjamas since isolation began. The only requirement for my clothing is an elastic waistband. Pearl is above us. She floats through the house, rolling her eyes, questioning the frumpiness that surrounds her. But she needs us. And thankfully, unlike Narcissus, whose love for his own reflection was so great that it killed him, Pearl restrains herself with a gentle tap. 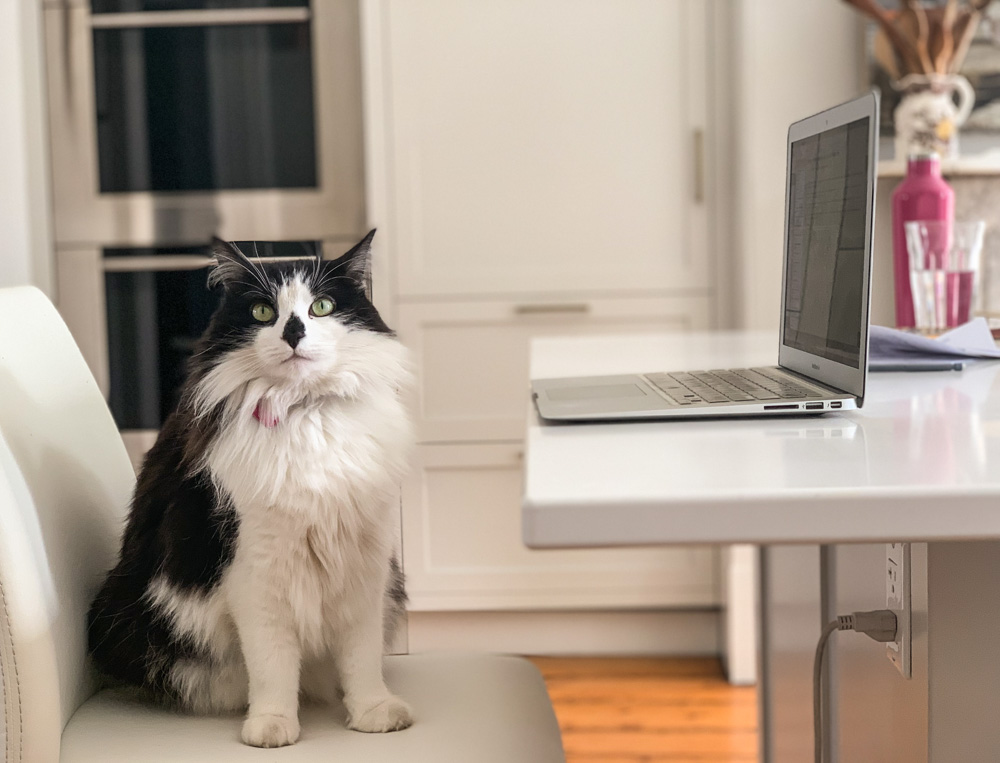 I get up and let her out. The house is so quiet in the early morning. No one has anywhere to go. But I can’t go back to sleep. So I make waffles. I read about this recipe after yesterday’s mirror tapping, when I couldn’t fall back to sleep so instead read about waffles, the kind that call for yeast and time to rise. I’ve never made waffles with yeast before. How intriguing, I thought. Then I watched a family in the UK sing their version of Les Misérables’, One Day More. I laughed through tears as they belted out the universal reality of family life in quarantine. I wonder if they too have a narcissistic cat?

I combined the waffle ingredients in the darkness. A few birds were chirping outside; no wonder Pearl wanted to go out. The batter is meant to sit on the counter, covered, overnight. But when I surfaced again a few hours later, the batter had grown to twice its size. By noon I couldn’t wait any longer. I plugged in our ancient waffle maker and put some frozen raspberries in a pot on the stove, along with a stick of cinnamon, a swirl of maple syrup and a splash of orange juice to loosen things up. The boys emerged like pheasants flushed from the woods by a bird dog (or like Monday, when we switched off the wifi). As the waffles cooked, we talked about learning via Zoom. We discussed the merits of yoga from their bedroom floor. We laughed about signing in a choir, from the edge of their beds. I spooned thick Greek yogurt on top of the warm waffles and topped them with maple syrup and warm raspberries. The yeasty dough created a soft waffle with a crisp crust. A delicious sticky bun texture, in waffle form.

The waffles are a Fanny Farmer recipes via Jenny Rosenstrach’s column on Cup of Jo. Jenny says they’ve always been a family favourite, but lately they’ve taken on a new meaning. Like me, like those singing parents in the UK, her kids are learning online in their bedrooms. They too are probably living off granola bars, chips and leftover Halloween candy conveniently found under their beds. (I just found the wrappers). Gathering midweek in the kitchen for waffles is a rare and special family moment.

Before I knew it, they were back in their caves and I was left in the kitchen with a cat, dressed in a tuxedo, rolling her eyes at my athleisure wear. I tapped on the mirror in the kitchen, but it was no use. No one let me out. 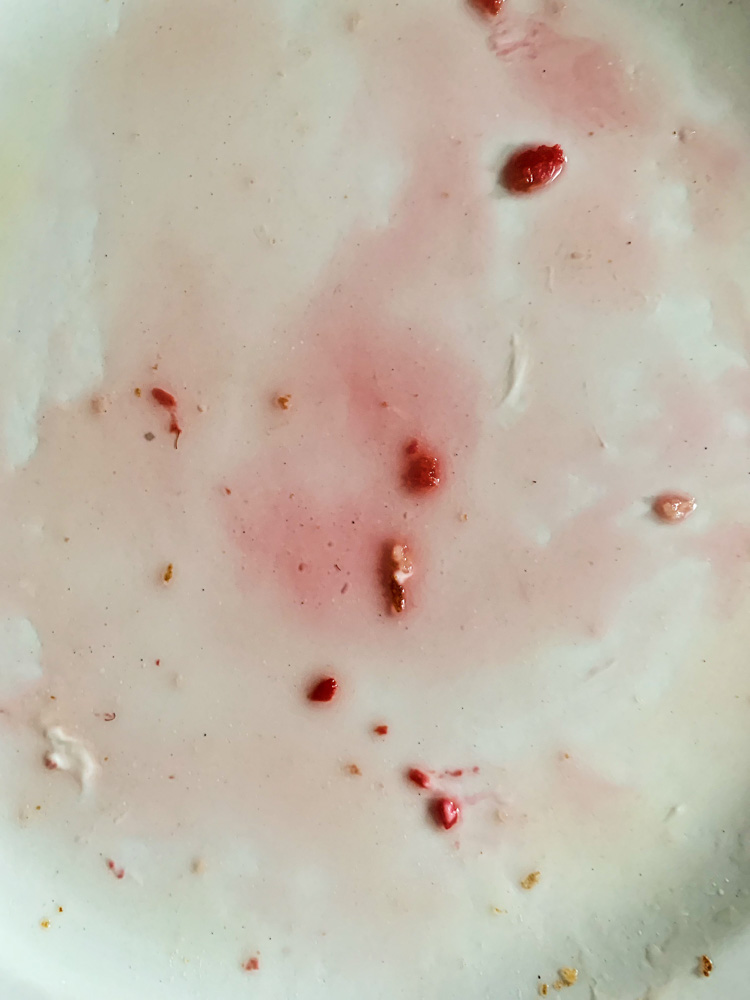