By Lindsay Cameron WilsonJanuary 27, 2022No Comments 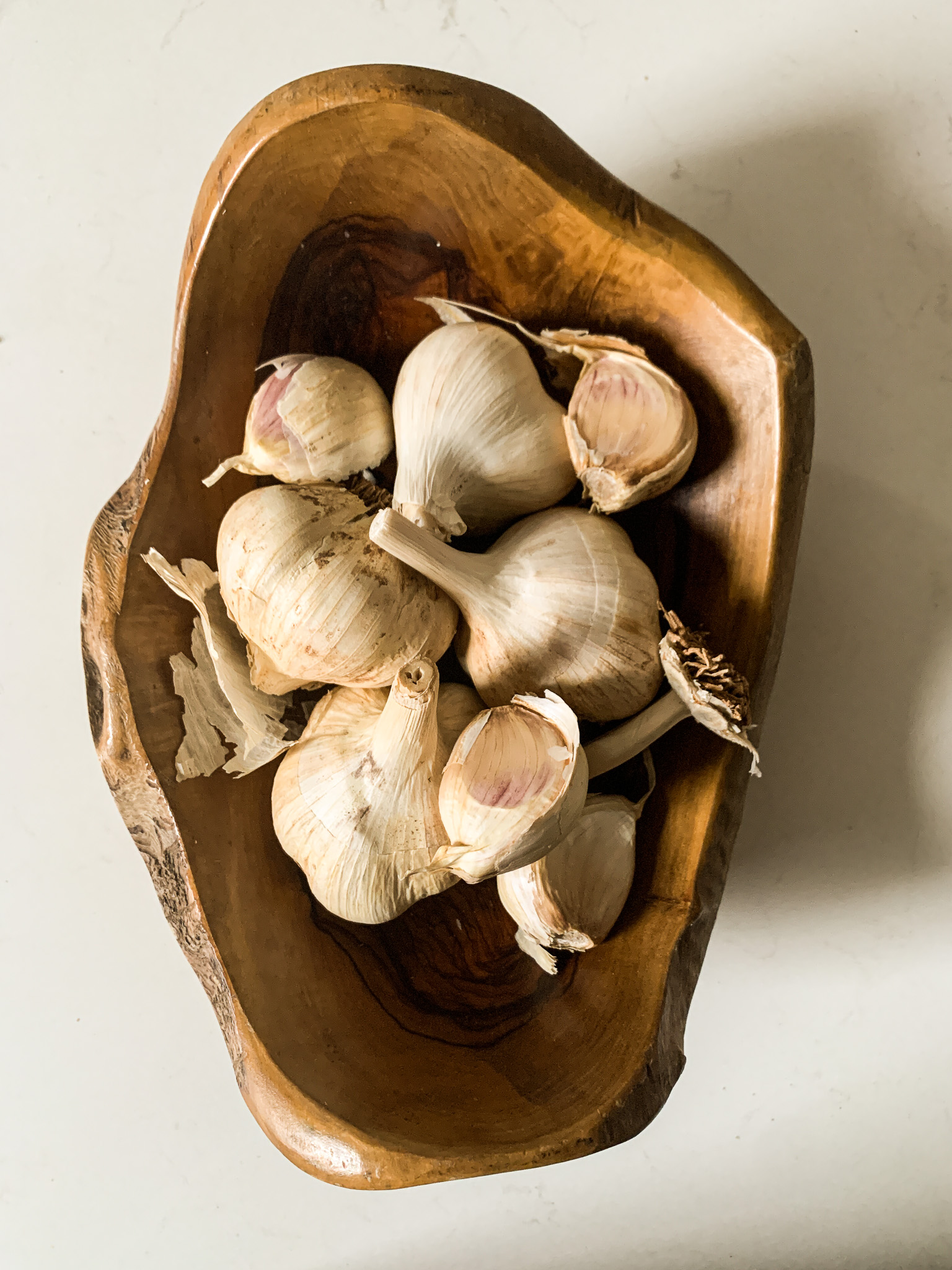 I’m in the South of France, studying for the year, living in an apartment with my French roommate Cécile. She is a law student and studies all the time. Right now she is behind the pocket door that leads from the kitchen into what should be the living room, except the living room is her bedroom. I can hear her wooden chair moving against the parquet floor, which means she is sitting at her boxy grey computer perched on one of Mme. Goldet’s small, walnut tables.

Mme. Goldet is the owner of the apartment. She is a Professor in Paris during the school term, but spends her summers in this apartment which was once her mother’s. Cécile, a family friend of Mme. Goldet’s, rents rooms to other students, also friends of friends. The system works because Cécile, who isn’t a Canadian university student, sets the tone. She doesn’t host parties, or drink wine with her toes up on the veranda railing overlooking the green space between the other apartment buildings. She doesn’t try to set up a lounge chair on the roof of the apartment building to capture the sizzling, late September Provençal sun. Cécile studies, sips tea made from the dried buds of her parents’ linden tree, and prepares simple, seasonal, meals.

Unlike the other Canadian students in my programme who live with other Canadians and eat peanut butter from the American store, living chez Mme. Goldet means I’ve been grafted onto the life of a person from the South of France. I wake up speaking broken French with Cécile, saying things through the bathroom door like, ‘une minute, j’ai presque fini!” I buy pink toilet paper from Monoprix. I choose whatever is fresh at the market beside the Palais de Justice. I stop yearning for a kitchen counter and hunch over papery garlic and piles of fresh thyme on the low, weathered wooden dining table. I stir cake batter in chipped terracotta bowls that live on the narrow table beside the refrigerator. I crouch down on my knees with a lit match taped to the end of a wooden spoon so I can safely stick my arm into the ancient oven and ignite the pilot light. I notice how Cécile leaves vinaigrette pooling in the base of a bowl made from olive wood, along with sliced endive and fat walnuts. She does this in the afternoon, several hours before she sits down to eat. It’s her mis en place. I had never heard of endive, or salad bowls made from the wood of an olive tree before I moved here. But now I’m also building my salads in the afternoon.

My boyfriend isn’t grafting on as well. Last week I found him on the kitchen floor wedged between the refrigerator and the table where the wooden salad bowls are stacked. He’d been electrocuted when he touched the lamp suspended over the sink while washing the dishes. He doesn’t like my squishy twin bed wrapped in worn flannel sheets, or the pink toilet paper that hangs in la toilettes. But Mme. Goldet’s is a break from life at his apartment, where he drinks cheap lager from tiny green bottles and eats baguettes with spaghetti every other night.

Aix is a circular city, ringed by a boulevard that wraps around the old town. The apartment is situated to the south, just beyond the cobblestones, the fountains and the hordes of people winding through the narrow streets. In the evening, just before the sun sets, I try to squeeze in a run. I can blend into this apartment, into the kitchen, but my cover falls apart when I step into the hallway in spandex, a sweatshirt and running sneakers. This is when the petite, tidy woman next door puts down her shopping bag undoubtedly filled with pâté and peppery salad leaves, reaches for her keys and frowns and me before mumbling, bonsoir.

While I was noticing Cécile’s salad mis-en-place, she was absorbing my post-run glow. She now runs with me, translating the comments from the men gathered at the tabac – ‘have you washed your dishes yet ladies?’ We ignore this universal commentary, cross over Cours Gambetta, around the stadium, towards the Promenade de la Torse. Cars honk, we weave around scaffolding and wait for traffic lights. It’s the Aix beyond historic water fountains and streets not frequented by Cézanne. And when we get home, I make soupe à l’ail from the mountain of garlic in the wooden bowl on the table, and Cécile eats salade aux endives, moutarde et noix, in front of her boxy grey computer perched on the little walnut table.

I hadn’t thought about soupe à l’ail until I cracked open my notebook from that year, the one I would have bought at the paper store on the Cours Mirabeau, the beautiful boulevard that runs through Aix. French students love school supplies. They carry leather tubular pencil cases packed with felt-tips and fountain pens. They write in small cahiers lined with graph paper. So I too bought pens, a tubular pencil case, cahiers (and little packets of kleenex that every student also carried – crucial when the Mistrals blew from the north, or when needing a public toilet). It was all part of my ‘grafting.’

It’s the perfect time to make this soup. We’ve just received a bounty of garlic and eggs from my farmer-friend Stephanie, and garlic seems like the answer to the January lows. I cross-reference my (somewhat vague) recipe with Elizabeth David’s soupe à l’ail from her 1951 book, French Country Cooking. David calls for 24 cloves of garlic. Twenty-four grousses à l’ail versus my five! The healing properties of garlic might propel us through the January lows, but I don’t think we’ve hit the ‘twenty-four cloves’ level of lowness, not yet at least. So I settle on six cloves of garlic so fat they require a pestle to smash them apart, and I pile the rest of the garlic in the olive bowl that lives on a shelf in my kitchen. 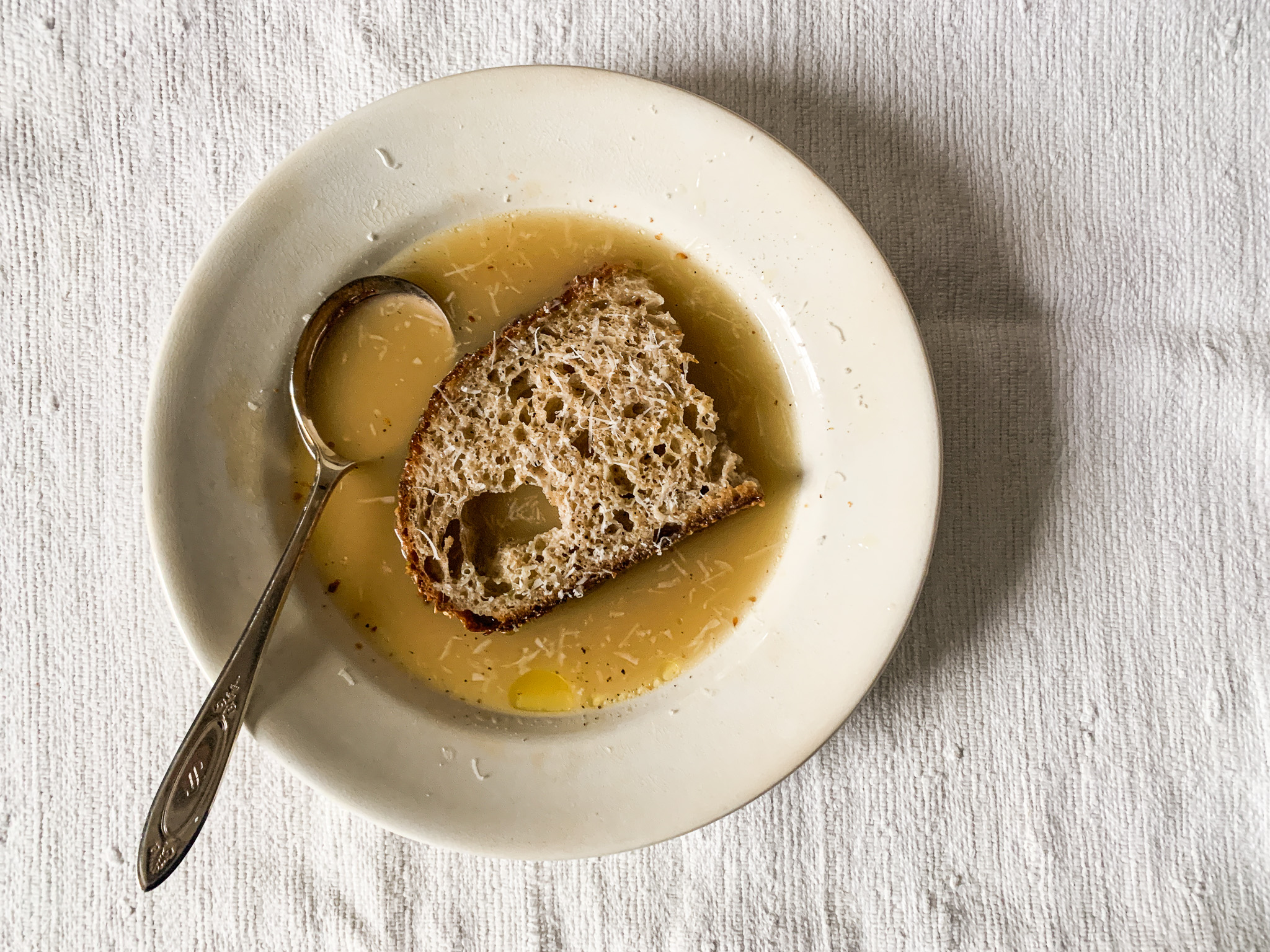 2 tablespoons of olive oil (or goose fat if you have it)
6 (or more) cloves of garlic, skins removed and cloves smashed
1.5 litres (6 cups) stock
2 bay leaves½ teaspoon sea salt – or to taste – depends on the saltiness of your stock
freshly cracked black pepper
a pinch of nutmeg
3 egg yolks

To serve: toast, grated cheese (Gruyère, Parmesan… whatever you have), salt and pepper to taste and a zig zag of olive oil

Heat olive oil in a large soup pot over low heat. Add smashed garlic (don’t worry about chopping, it gets discarded later) and leave to soften and fill the house with garlicky smells. Don’t let it brown! Add stock, bay leaves, salt, pepper and nutmeg and simmer for 15 minutes or so. Strain soup through a sieve, discard garlic bits and bay leaves, and return soup to the stove. When it reaches a gentle boil, remove from heat.

Whisk egg yolks in a small bowl. Add a few ladlefuls of soup to the yolks, whisk well, then tip the mixture in with the rest of the soup. (This is called tempering – it cooks the yolks gently, without turning them into a scramble, and gives the soup a velvety finish). Taste – add more salt, pepper, or nutmeg if you’d like.

Place a slice of toast in a soup bowl, cover with soup and finish with grated cheese and a swig of olive oil.