Setting the Slow Cooker to Happiness

By Lindsay Cameron WilsonMarch 14, 2017No Comments

I pressed start on the slow cooker and was filled with an overwhelming feeling of happiness.

I didn’t expect this feeling. It’s just meat in a slow cooker. But it was 9 am, I had just rubbed brisket with coffee grinds and cocoa, and there it was, ready to melt into a shredded pile of deliciousness in 8 hours time. I would serve it on little tortillas, with a dollop of sour cream, some pea shoots, maybe some chopped avocado and a spoonful of salsa. Taco Tuesday, all sorted.

Food writer Julia Turshen calls this feeling a Small Victory. Turshen is a writer, go-to recipe developer, co-author for best-selling cookbooks such as Gwyneth Paltrow’s It’s All Good, Mario Batali’s Spain… A Culinary Road Trip , and Dana Cowin’s Mastering My Mistakes in the Kitchen. Her latest book is all her own, and she’s called it Small Victories. What I love about this title is that feeling victorious implies previous moments of failure. You can’t feel one without the other; that’s when you learn. Her book is full of all those ‘slow cooker’ moments – recipes with headnotes that encourage in the most loving, personal, honest way. Moments that bring a surge of happiness when things work in the kitchen. Because we all know what it feels like when life isn’t so smooth.

My latest small victories are Turshen’s Turkey Ricotta Meatballs, and, as gushed about above, a few Taco Tuesday meat epiphanies based on recipes I’ve found but forgotten where. Here they are:

-Nine skinless chicken thighs, or 4 skinless chicken breasts, placed in the slow cooker topped with a jar of salsa. Heat on the low setting for 8 hours, shred with two forks, and there you have it, the base for many tacos. Or sandwiches. Or pizzas. Or to add to a big bowl of greens. Whatever you want.

-A 4 lb or so piece of beef brisket. In a bowl mix together 2 tbsp each finely ground coffee, maple syrup, cocoa powder and 1 tbsp each smoked paprika, ground cumin, chilli powder and sea salt. Rub this all over the brisket. This can be done the night before, just wrap and refrigerate until morning, when you place it in the slow cooker, turn the heat on the low setting, then 8 hours later shred with two forks, and treat it just like the shredded chicken above. So easy, so good. A Small Victory.

But as established, with victories come failures.

A few weeks ago I wrote about bad guys and happiness. Memories of my eldest son’s 5th birthday, a chocolate cake with death star icing and lego guys scattered over the top. Last week that little guy turned 13. He’s tall, trim and kind. He still loves Star Wars, but prefers to read about it now. So in the spirit of embracing teenage-hood, I made him a grown-up chocolate cake, relatively speaking. Two layers topped with chocolate icing made of melted dark chocolate and sour cream. I finished it off with a zig-zag of salted caramel sauce; the caramel glistened in the candlelight. But then the sprinklers on top of the cake burnt down before they arrived at the table. He blew at the swirling smoke, feigning a smile. We sliced the cake and served it to the cousins, brothers, aunts, uncles and grandparents. The birthday boy took a bite and his face fell. I think I saw a tear roll down his face and nestle into his faint, soft moustache.

Did you make me an adult cake for my birthday mom?

Oh my heart. Torn between teaching a child the need to respect the effort of others, and the importance of honesty.

The next day, while he was at school, my mom and I went back in time. We made my sister’s no-fail chocolate 3 layered birthday cake. We lined it vertically, with kitkat bars, as I did last year. I topped the cake with little chocolates covered in sprinkles. Add a few soldiers and it became a chocolate bastion, or a keep. Just his style.

A failure, a victory.

And yes, I will make him a kid-cake forever. 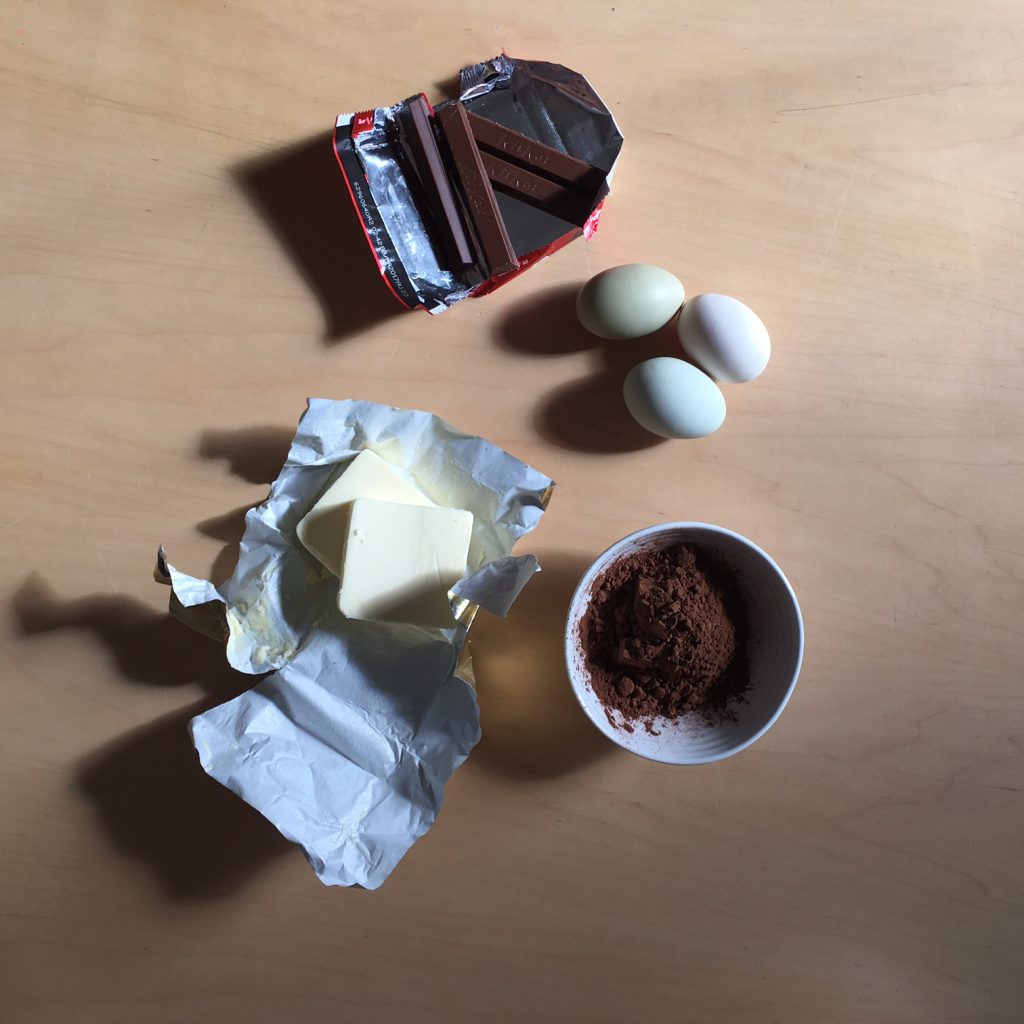