By Lindsay Cameron WilsonSeptember 10, 2021No Comments 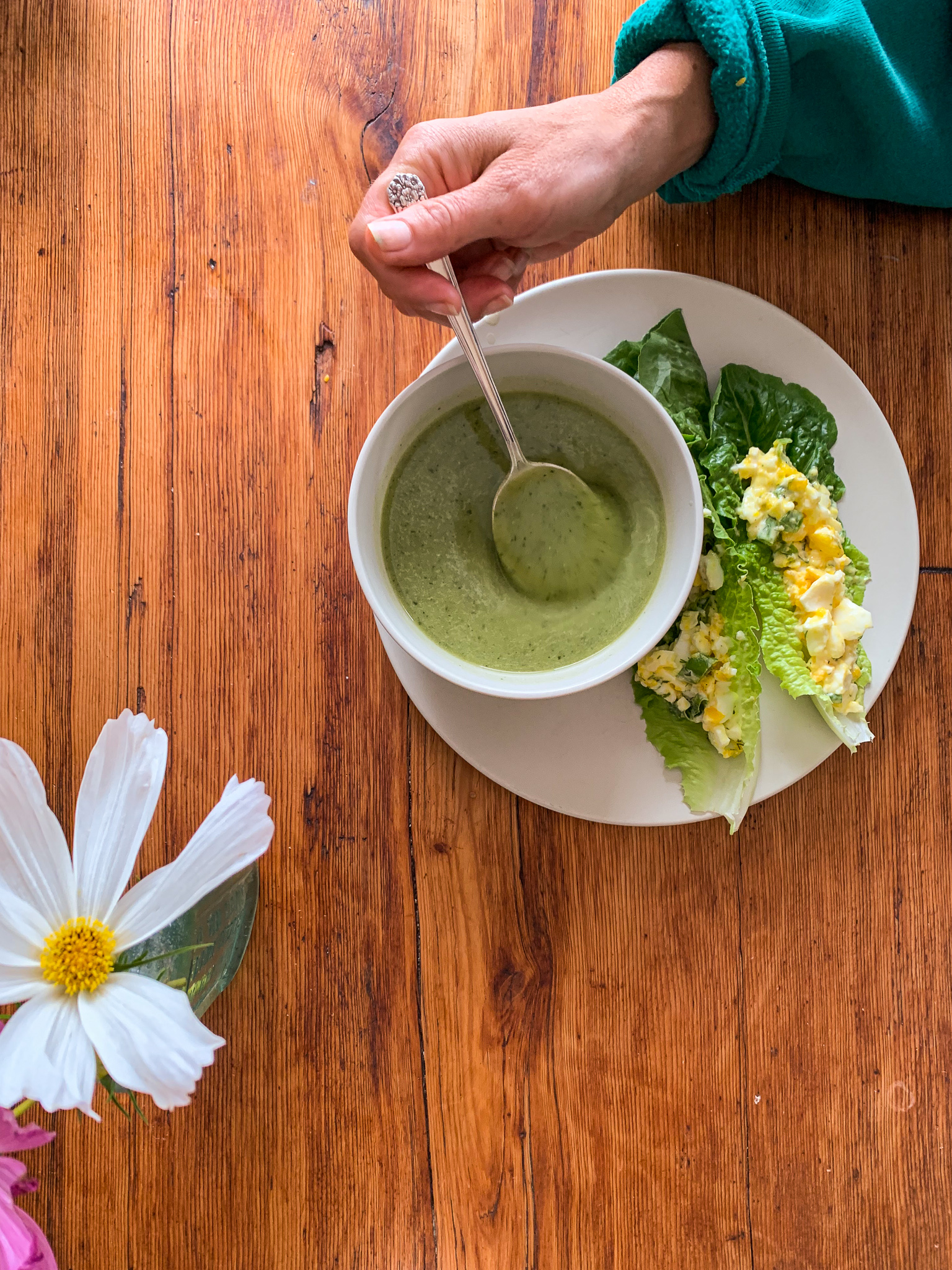 It was a breezy late August day and the sun was shining on the freshly paved road that rolls from the River John crossroads directly towards the ocean. It was perfect cycling conditions – just my sister and me pushing hard enough to make it count, but slow enough to hear the crickets. Tall willows bowed towards the road and heart-shaped aspen leaves waved at us like tiny jazz hands. As I crested the hill, a shiny black head popped up through the bayberry bushes on the side of the road. Then came a thick neck, gangly legs and a long back. I slowed down, inventing new arm signals for my sister in the back that I hoped she’d read as ‘shhh.’ We watched as it loped across the road, its black lacquered fur and gangliness so close we could almost smell its dank body odor. As it reached the yellow lines of the road, it turned its head towards us then jogged across. When it disappeared into the alders, my sister inquired, softly, “are we between a mother and her pre-teen bear?” Panic prickled my scalp and we pedalled hard towards the ocean, smashing our cycling records.

The following week that prickly feeling on my scalp returned. I was with my friend and our 12 year-olds in a zip-lining park in an evergreen forest – a last hurrah before summer’s end. We strapped into climbing gear, my son’s summer, salty hair popping out beneath his helmet and signature striped socks pulled to his calves. I followed behind as we clipped and unclipped carabiners to overhead wires in the ‘test area’, a gentle adventure zone suspended one foot above the ground. He moved cautiously, one skinny leg at a time reaching for the wobbly boards beneath, his big brown eyes looking back at me, alert but excited. After making it through we were released into the wilds of the park. The four of us walked along paths, pine needles crackling underfoot, taking note of the different entry points between the trees. Eventually I followed the kids up a vertical ladder and landed in a skinny, wall-less tree house suspended high above the ground. This is when the prickly fear spiked, this time layered with the nonchalance of those around me. I was alone with this feeling: a fear of heights surrounded by a sea of keeners. When it was my turn, I white-knuckled my carabiners free and attached them to the wire connecting the tree to the next one, willing myself not to look down. My son checked my work, he the mother bear, me, the gangly, scared pre-teen, loping across the highway. In order to get to the zip-line (my road to freedom) a few trees away, I had to tight-rope from tree to tree on those wobbly balance beams as staff cruised around far below, sipping iced lattes and laughing amongst each other. Eventually one peeked up, beckoned by a tiny squeak from somewhere in my throat, and offered up, ‘hey you’re making it harder for yourself. Relax, grab the wire above, and just glide across.’ So, I glided, just as I did when we cleared bear territory. Then I found a picnic table and had the most grounding, day-long snack break I’ve ever had.

The next day my friend came over and made soup from what was in my fridge. She chopped up a big zucchini, placed a saucepan over the heat and sautéed the zucchini in olive oil until it began to soften. Then she added a blackened, seeded jalapeño (a leftover, charred the night before directly over a flame), a few tablespoons of chopped fresh dill and a big pinch of sea salt from the bowl on the counter. I didn’t have homemade stock, so she boiled a few cups of water, added a spoonful of this reliable stock paste and covered the zucchini with the liquid. When the zucchini was very tender, she whizzed the soup in the blender, added more dill for good measure, then tasted for salt. Somehow, while all of this was happening, she also made egg salad with chopped boiled boiled eggs, green onions, mayo and dill, and served it over romaine, alongside her soup. I picked cosmos, as I’ve done so many times before, and placed them on the table. A soothing fridge clean out, a friend visit, a break from prickly sweat.

My social media targeted ads are hitting close to home these days. Lose weight! Buy these glasses! Need more lounge wear? But then, somewhere between the bear sighting and the tree-top breakdown, this popped up on my phone – a meme with an image of Afghanistan burning and beneath it, Will Ferrell yelling “but have you watched Ted Lasso yet?” In the August 9th edition of The New Yorker, writer Doreen St. Félix explores season two of the Apple TV+ sports comedy with lines like- “You don’t discuss what the show is about, rather, how it feels to watch it, which is comforting, or, as one headline put it, like “a warm hug of nice.”

Food can be “a warm hug of nice.” So can the smell of the ocean, a son’s worry, a picnic bench beneath the trees, a day spent with a friend, or a tv show, especially one known for providing a “charming dose of radical optimism.” It’s what keeps us engaged with fear, perhaps, because we know there might be comfort in the balance.