By Lindsay Cameron WilsonDecember 16, 2021No Comments 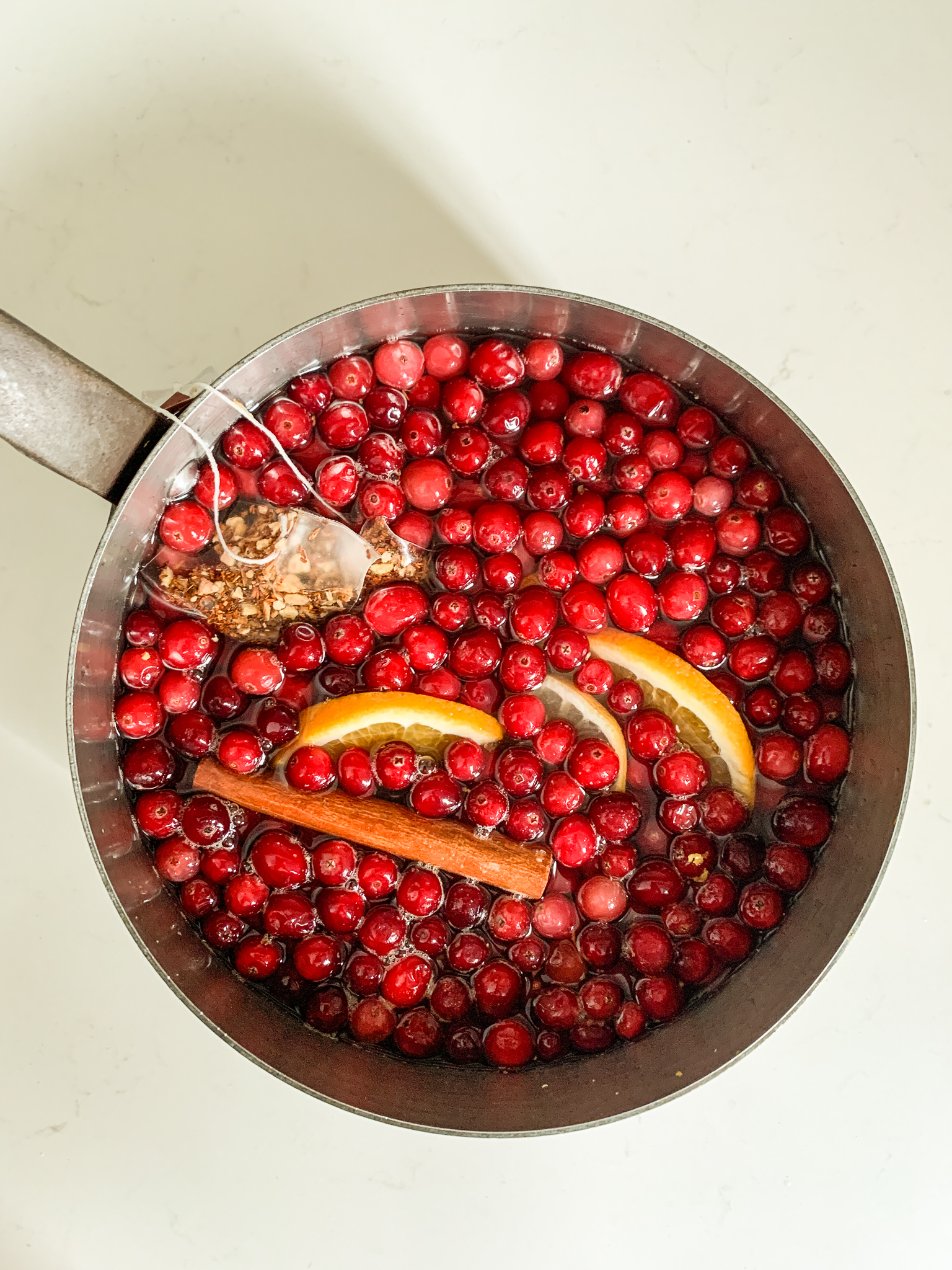 There’s a bag of cranberries the size of a small pillow in the bottom of my freezer. They were a gift from a friend of a Cape Breton cranberry farmer. I had good intentions of making muffins or perhaps candying them as a garnish for a cake. A few cups went into cranberry sauce at Thanksgiving, but I still have a pillow’s worth to go.

Cranberries deserve better. The round, red orbs grow in a tangled thicket of evergreen vines that have taken hold in marshy, sandy bogs. The scrubby bogs nestled between granite outcrops look like an angry impenetrable forest, but beneath the vines is a natural sponge, storing and purifying water, maintaining the water table, and provide perfect conditions for cranberries to thrive. The granite beneath the bogs was left behind by glaciers 10,000 years ago. An unharmed cranberry vine can last indefinitely.

We hiked through these bogs along the ocean when I was little, jumping from rock to rock, faces cold, feet wet. We weren’t thinking about the wild cranberries tucked inside the scratchy vines; our goal was to keep the murky bog water from creeping up our ankles.
…

I worked at an art gallery while at university. Every Thursday morning, Thom, a local antique dealer, would drop in for a cup of tea. I’d plug in the electric kettle in the make-shift kitchen under the stairs, pile a few biscuits on a plate, and we’d sit in the front hall with the gallery cat, Tibbles, at our feet. Hanging on the walls around us were eighteenth century maps of Nova Scotia by Welsh map engraver Emanuel Bowen. There were Christopher Pratt’s cold blue oceans, Maud Lewis’s playful winterscapes, and Richard Davis’s granite outcroppings carpeted with crimson cranberry bogs, as precise as a photograph.

I was ready to bust out of Halifax at that point in life. I grew up on that small peninsula, studied there, worked there. There were women in my university classes called Simone and Angelika, with tattoos between their shoulder blades and stories of summers in far-away places.

I left Halifax after university, but those mornings in the art gallery lingered with me. Artists saw beauty in this part of the world. They chose to capture it, to celebrate it. And people bought this art and hung it on their walls.
…

Today I made cranberry tea. It fills the kitchen with hints of cinnamon, citrus and too many health benefits to name. I’ve made a good dent in the pillow, but there’s no need to plough through. Frozen cranberries, if unharmed, will live indefinitely in your freezer.

Serves 6 – can be easily doubled for a crowd

6 cups (1.5 litres) water
2 cups (230g) cranberries – fresh or frozen
1/2 lemon, zest and juice
Freshly grated ginger, about 1 teaspoon
Juice from half and orange, slice the other half to garnish
1 cinnamon stick
¼ cup honey (4 tablespoons) or to taste
2 rooibos tea bags

Simmer water in a saucepan with cranberries, lemon zest and juice, ginger, orange juice, a cinnamon stick and honey for 15 minutes. Add tea bags and simmer gently for 4 minutes longer. Taste, adding more honey if desired. Serve either strained or with cranberries and extra orange slices bouncing around your mug.