By Lindsay Cameron WilsonNovember 17, 2021No Comments 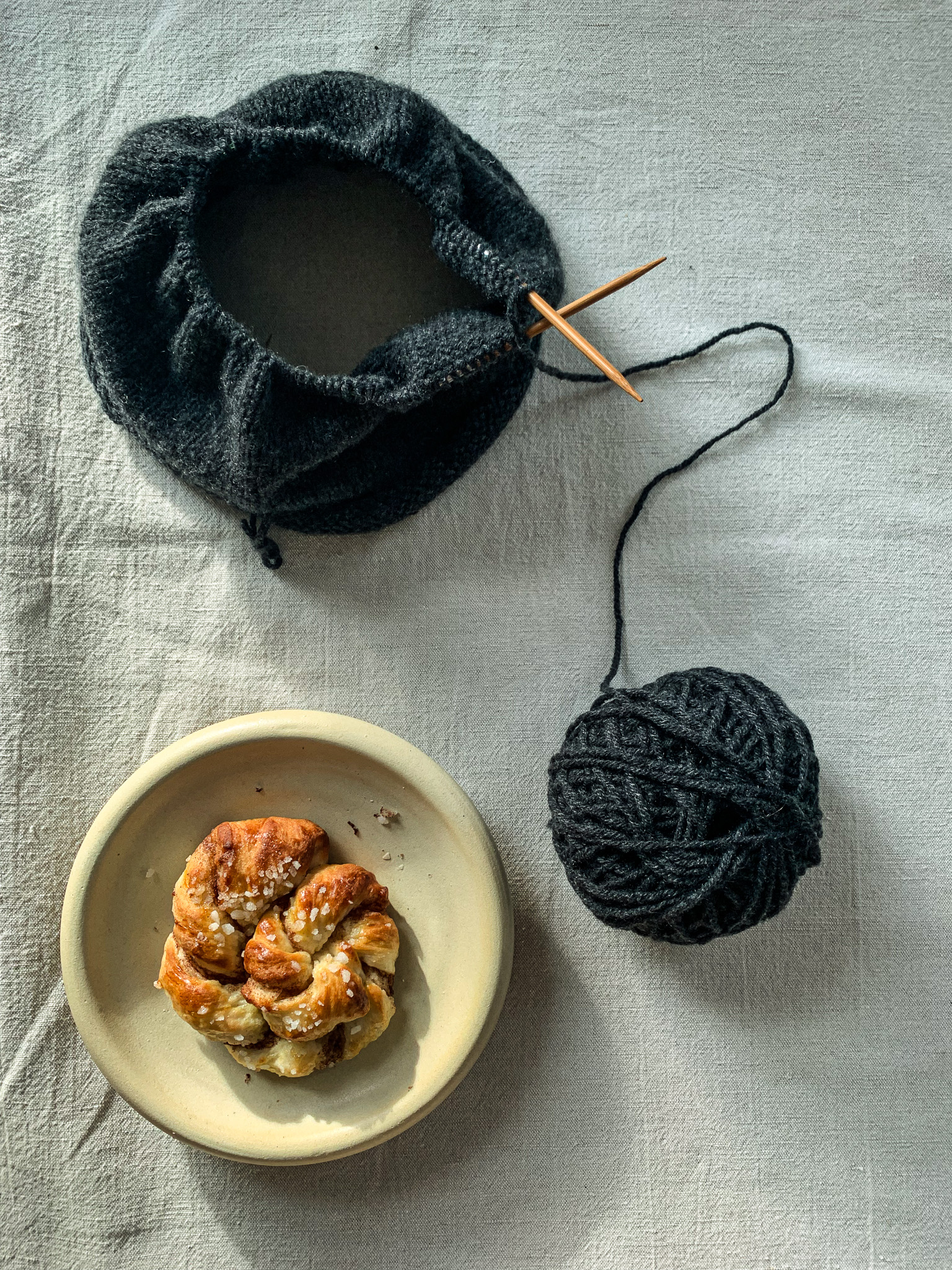 There’s a large hole in our dining room floor and I can see right down to the basement. When we first moved into this old Victorian home, the dining room used to be the kitchen, but during lockdown it morphed into our family gym. (Remember when I wrote about landing softly while jump-squatting, mid-pandemic, in an attempt to not rattle the china?) Soon, when our basement renovation is complete, it will be a dining room again. We just have to sort out the hole in the floor.

The living room, which has always been a living room, is now a storage space for everything from the dining room and other odds and ends that are waiting to live in the basement. The front hall has five bicycles in it, a deep freezer and a drying rack covered in football gear. Outside, traffic is backed up, fumes are rising, people are shouting.

I cup my hands around my eyes, mimicking the blinders horses wear in Central Park. I only want to see what’s in front of me, what I can control. I nestle into a pile of laundry on the living room sofa and pick up my knitting. Needle under stitch, thread around, pull it off, do it again. I watch the stitches grow, smooth and orderly under my fingers.

I learned how to knit from Grannie Muir, our next-door neighbour at the cottage. On rainy summer days she would corral idle kids on her sofa, start us on fat, grey needles and we’d knit until the sky cleared. I can’t remember making anything, but the action of knitting – needle under stitch, thread around, pull it off, do it again – was baked in.

Now, after all these years, I’m at it again. A friend invited me to her Sunday afternoon knitting gatherings, where knitters lounge together, eat cinnamon rolls, work on creative projects and receive help from the host whenever needed. She is from Sweden, where everyone, she says, is taught how to knit. Her fingers move as fast as a chef at a chopping board, the tips of her tiny needles clacking together as one finger whips yarn around, again, again, again. Her husband says she can watch dark dramas in foreign languages, read the subtitles and weather the plots, all while knitting a double-stranded cardigan.

A few nights ago, while knitting, I dropped a stitch. This is when a loop gets left off the needle and sits there, bulging between the rows like a small, soft hernia. I tried to carry on forward, the only way I know how, but knew, deep down, that the hernia would turn into a hole. I could feel my blinders falling off.

‘Search it up Mom,’ said my twelve-year-old. He’s been saying that since the beginning of the pandemic, when we didn’t know how else to proceed. Common family searches have been: How to make tortellini. How to conjugate French verbs. How to edit audio. How to tune the guitar. How to make a GIF. How to do a smokey eye. How to unclog the drain. How to fix the dishwasher. And now, how to pick up a dropped stitch. But the answer was easier said than done. I wanted a human teacher, right there on the sofa, gently showing me the way while serving cinnamon buns.

Later that week on the knitting sofa she identified the hernia. And with a needle in hand, she pulled that little loop up and up and up to where it was supposed to be.

Melt the butter in a saucepan. Add the milk and heat until lukewarm, or 115F (46C) on a candy thermometer.

Sprinkle the yeast and a little of the sugar into a large bowl (Åsa uses the bowl of her stand mixer) and add some of the buttery milk mixture, stirring until the yeast has dissolved. Add the remaining liquid, salt, remaining sugar, cardamom and two-thirds of the flour, mixing (either with a spoon or the paddle of the mixer) until combined.

Sprinkle flour onto a clean countertop (or use the paddle on the stand mixer) and knead dough until smooth and elastic, adding more flour a sprinkle at a time if dough is sticky. Form dough into a ball, place in a clean bowl, sprinkle surface with a little flour to keep it from drying out, cover with a cloth and leave in a draft-free place. Let it rise until doubled.

Punch the dough and knead it a few times to pull it back together. Turn on to a lightly floured surface and knead in any remaining flour. The dough is ready when it no longer sticks to your hands or the surface, or, when it is cut, the exposed surface should have even pores. If there are big holes, knead it a little more.

To form knots, divide the dough in half, keeping the other half covered while you roll out the first half. Roll half the dough on a lightly floured surface into a 22x15cm rectangle. Spread half the filling evenly over the mixture (I use my fingers for this job). Fold the dough in half, lengthwise, so the filling is sandwiched between the layers. Smooth the rectangle with a rolling pin, pressing gently to join the edges.

Using a knife or a pizza cutter, cut the short end of the dough into 2cm (3/4in) strips (long strips are fine too, but buns will be bigger). Roll strips along the counter to twist, then wrap twisted dough around a finger twice and tuck end underneath. Place knots on a parchment-lined baking sheet and repeat with the other strips.

Let the buns rise for 20-30 minutes. Brush with whisked egg and sprinkle with pearl sugar.

Åsa preheats the oven to – 450F/230C and bakes the buns for 8-12 minutes. My oven runs HOT. Keep your eye on things. The idea is to brown the outsides until golden while the insides stay pillowy-soft.