‘I’ve Got Your Fire’ by Jenn Grant is the theme song for Love Food.

Here’s the love story behind the music.

I first met Jenn in 2004. I had just moved back to Halifax, had a babe on the hip and a cookbook to finish. My sister Jessie, who was 24 at the time, said she had a friend who would be up for babysitting. I remember 24 as that beautifully tough time of life when you’re wedged between education, debt, dreams and odd jobs. That was Jenn.

Jenn showed up on my front step in a jean jacket with her strawberry waves pulled up into a pony tail. She had a smoky voice; painting at NSCAD and singing on the side was hard on her vocal chords. She reached for baby Luke, he reached for her, and I knew all was well with the world.

Jenn made daisy chains for Luke’s curly locks. They had play dates with her golden retriever Stanley. Stanley was an old dog, but behaved like a puppy, because, as Jenn said, he had magical powers. Jenn sang to Luke and hung out my laundry.  She pulled smoked ham hocks from black bean soup when the timer went off, even though she’s a vegetarian.

We’d chat about relationships. Old boyfriends. Parents. The importance of choosing kindness. Remedies for sore throats. How to carve out a career, even when money was tight. Our love of curried lentil soup.

Jenn’s mother Heather lived around the corner. She made lentil burgers and nut loaves for us. She shared recipes with me. One time she sent over a baggie of ground ginger to accompany her ginger cookie recipe. Jenn sampled my recipes- the good, the bad and the ugly. She brought the winners home to Heather. It was a nurturing neighborhood flavor circle.

In 2006 Charlie, my second son, was born. We had moved into a brown house a few blocks away. I had begun working on a cookie book. We had a sofa near the kitchen and a leg-less table pretending to be a coffee table sat at its feet. Jenn strummed away on that sofa, working on a song about a chocolate lake and butterflies.

Eventually it was time for Jenn to spread her wings. I found a new babysitter- an aspiring professional wrestler. Goodbye daisy chains, hello seat drops.

One sunny day, a while later, Jenn dropped by. We sat on the grass in my backyard and talked about life. Her new boyfriend Danny. Their music. Life with my two boys. Dandelions in the grass. Before leaving she pulled out a CD from her bag. Her band had just recorded a new song that she wanted me to hear. I slipped it into the little kitchen CD player and we listened. It was a song about two curly brown haired boys, in a brown house with their mother and father. I held Jenn tight and cried… tears of love for my family, my friends, for music, for creativity, for kindness, for reaching goals despite fear, for my neighbourhood. Yes I was hormonal. But I’m pretty sure James cried too.

Before Love Food started filming, I could hear Jenn’s voice in my kitchen. It was all meant to be. 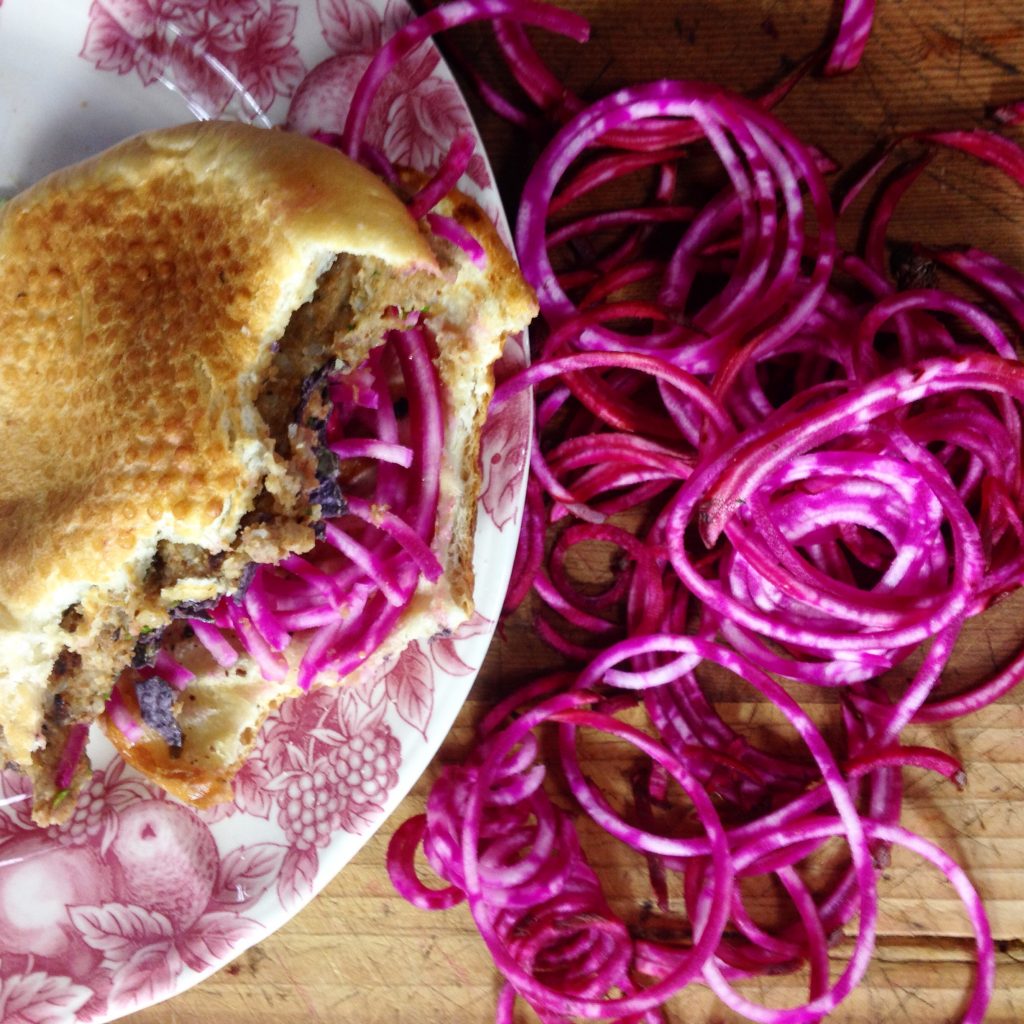