How To Eat A Dandelion (and other odd things)

By Lindsay Cameron WilsonJune 5, 2017No Comments 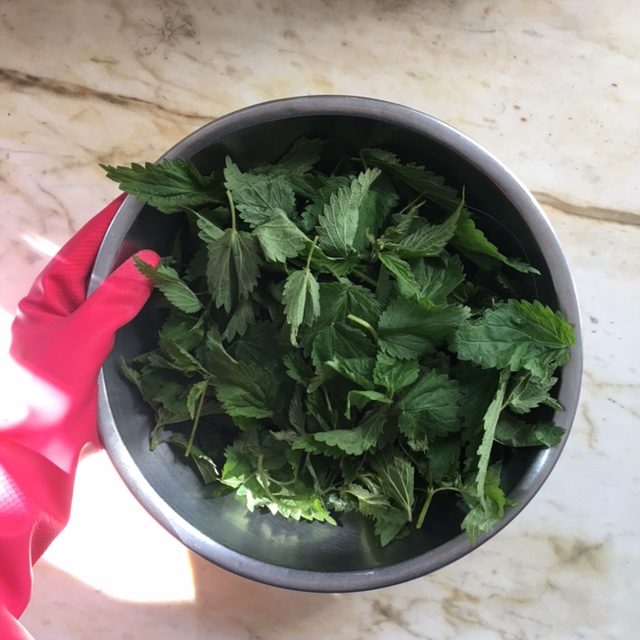 But last weekend at the market the Four Seasons Farm stand was selling bags of young nettles,’two for one’. I have never cooked nettles, or stinging nettles for that matter. Chances are they were the latter; five out of six species have hollow stinging hairs on the leaves and stems which act like hypodermic needles when touched by skin. It’s not as dramatic as it sounds. The little needles inject just a touch of histamine and other unpronounceable chemicals causing an irritating sting. But nettles are prolific in Canada, especially in Nova Scotia, where the soil this time of year is nice and wet. And they’re so good for you. Ridiculously so.

So I went for it. Admittedly I was still high on wild things, so to speak, from my trip to Ireland, where on the last evening, a group of us went foraging with English botanist Alys Fowler. We followed behind hurriedly as Alys marched along the slippery rocks, stopping when she found treasures to share.

Kelp. Dulse. Sea Lettuce. And best of all, a teeny tiny fern-like seaweed called pepper pulse. We sampled some right there on the rocks. It tasted just like truffles.

I could have been in Nova Scotia. Everything looked the same. It smelled the same. The seaweed at our feet, it too was the same.

Alys then led us along the beach to the salt marshes beyond the sand. 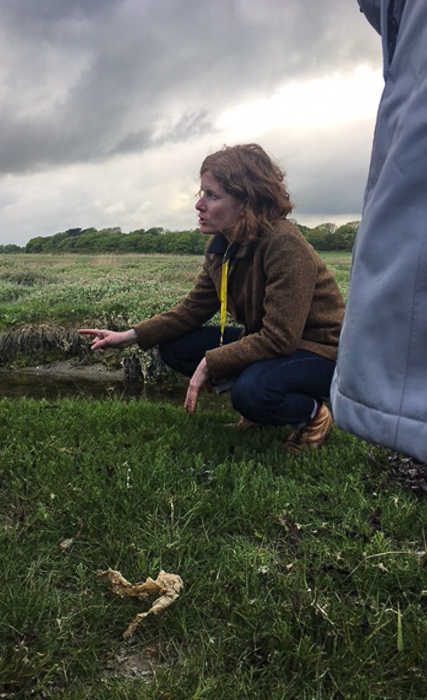 The greens survive in the salty environment, explained Alys, by pulling salt from the roots and pushing it into the leaves. We sampled sea purslane and marsh samphire. It was like nibbling on juicy, salty succulents.

We moved along to peas and sea beet plants, the wild ancestor to sugar beets and chard. And then Alys dropped to her knees and spread the grass apart with her hands, revealing a baby dandelion. The flower was sitting at the base of the plant, yet to grow and unfurl. She pulled up the ‘weed’ and cut away the leaves and most of the root, leaving a little stump about an inch long. “If you sauté these up with olive oil and garlic, they taste just like artichokes,” said Alys. “Delicious with tagliatelle. A gardeners treat.”

So with Alys’s enthusiasm and the smell of a similar salt in the air, I put those bags of nettles into my basket alongside flowering chives and a loaf of sourdough.

Once home, I gloved up and went to work, picking the leaves off the stems.

I heated a tablespoon of olive oil in a soup pot, then added a chopped onion, a chopped carrot, a chopped potato, a good pinch of salt, then stirred every so often over medium-low heat until the vegetables softened. Then I added about a litre, maybe a bit more, of vegetable stock, and left everything to simmer for 10 minutes more. At this point I plunged the leaves into the soup, a big mixing-bowlful of them, and let everything simmer for just a minute or two. Then I blitzed it all in the blender, in batches, until smooth. I added a little cream for smoothness, and a crackling of pepper. You don’t have to add cream; the soup is delicious just as it is.

Sadly all the dandelions in my yard have unfurled. They’re tall, and seeds are blowing everywhere. I can’t imagine they taste like artichokes anymore. But those seeds will spread, and new dandelions will grow. Then I’ll harvest those little buds, sauté them in olive oil with garlic, and toss with with tagliatelle, with a twist of DROM pepper.