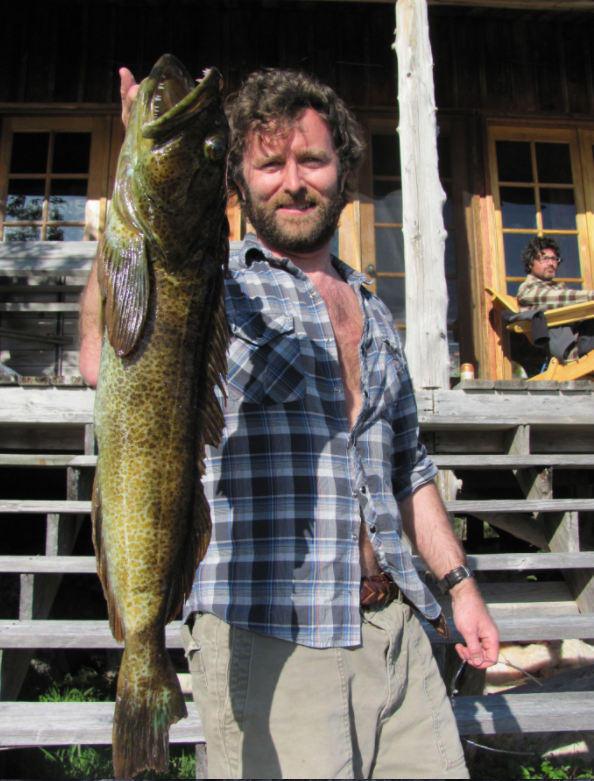 I haven’t been to a naked potluck. But I have been launched naked, by a pizza paddle, into a vat of bubbling mud.

We all have our crazy naked stories. Some even involve food. Or kitchen tools. Oh dear, this is getting out of control.

In the latest episode of The Food Podcast, I chat with Grant Lawrence, CBC music journalist, writer and musician. Grant views the world through the lens of music; I view the world through the lens of food. But as I read his first memoir, Adventures in Solitude, a book he wrote in 2010, I saw how those lenses came together. His book is a coming of age story on Desolation Sound, a no road access, remote, coastal community on the edge British Columbia. The story chronicles a nerdy boy who got seasick every time he travelled to this place. A boy who preferred his TinTin comics to the great outdoors. Then, things slowly changed. He began to appreciate this wild unknown. His father showed Grant native ruins, secret inlets and introduced him to scary people who, underneath their exterior, were actually kind and interesting.

The family got to know the locals. That’s where things got interesting. There were hermits. Oyster famers. Dodgy builders. Rough necks, who juxtaposed against his mother’s pink pedal pushers, looked all the rougher. And this is where the naked potluck comes in. Desolation Sound in the late 1970’s early 1980’s was home to many hippies and draft dodgers. If Grant’s parents wanted to get to know the neighbours, they had to mingle with them, regardless of the dress code.

So in comes the naked potluck. If you haven’t listened, I don’t want to give too much away. But through the episode Grant shares his stories – his food stories – from naked potlucks, to learning how to fish, to laughing an octopus from his boat, using nothing more than a paddle as a spatula. But more than anything, Grant learned how adversity or oddity or challenges or characters can all become fodder for stories — great stories.

And there we are, back to kitchen tools used in innovative ways. If you want to know how pizza paddles can be used to launch naked women into hot vats of mud, well, you’ll have to listen to the episode.

Either way, this episode is a special one. It’s all about place: family, belonging, not belonging, leaving, rediscovering and reconciling through taste, smell, touch and story.

Just remember, the next time you find yourself in an uncomfortable situation — perhaps one that involves food — hermits, fishing or nudity, don’t fret. There could be a good story in there, and hey, maybe even a podcast episode.

*We call this episode Fathers of Confederation. It’s a nod to Canada’s upcoming 150th birthday and a nod to those ‘fathers’ who played a role in pulling outlying Canadian provinces into Confederation in 1867. It’s also a nod to Grant’s father and to mine. These are men who believed in a sense of place, it’s history, smell, taste, story and how they endeavoured to pass this legacy on to us. Grant dedicated his first memoir to his father. Dad, I dedicate this episode to you.