By Lindsay Cameron WilsonAugust 28, 2020No Comments 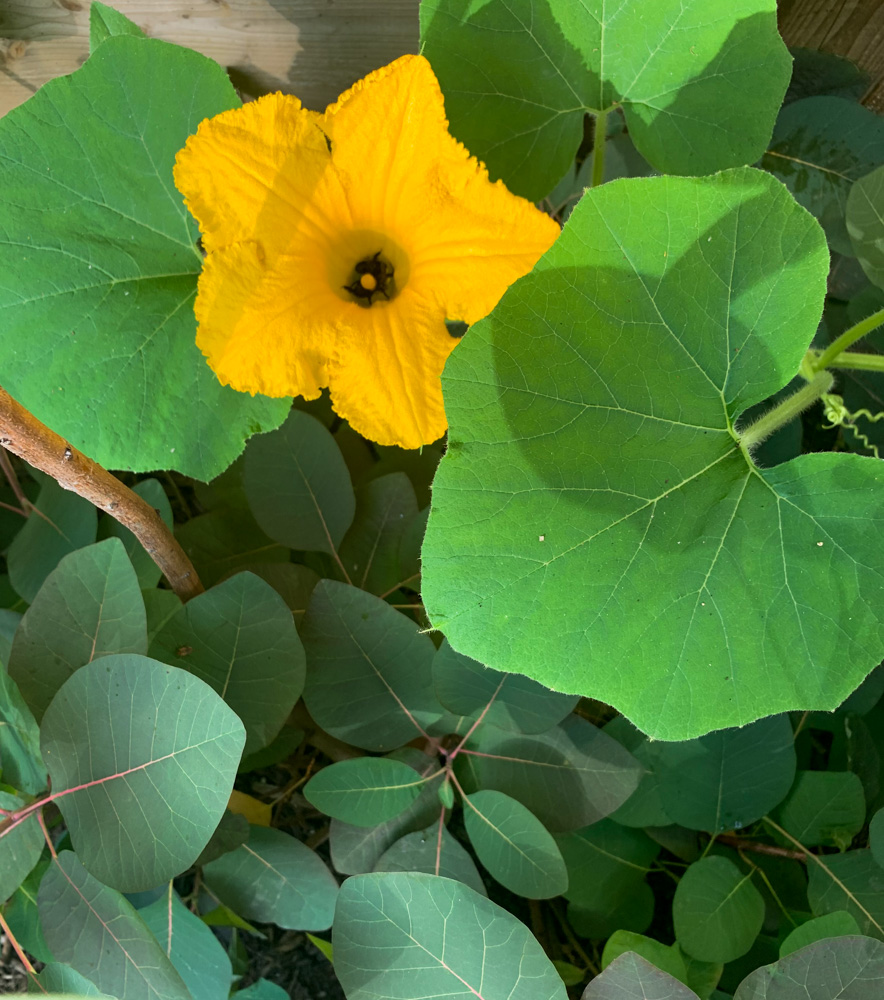 There are male and female squash blossoms popping up throughout a corner of my garden. I planted them from seed on my window sill in the spring. I labelled the containers, and when I transferred the little baby plants into the garden, I even drew a plot plan on a piece of paper so I could remember what was what. But that was when we were locked down and I cared for my garden in a way I never had before. I watched the signs of spring emerge like the mother of a newborn –  the tiny buds that turned into cherry blossoms, the hints of grape hyacinth popping through the earth. I pulled weeds as soon as I saw them. I pruned. I suppose I was controlling the only thing I could control during a pandemic – this small urban garden.

It’s now a few months later and the garden is a tangle of neglect. The tiny squash babies have grown octopus arms that stretch under and over the smoke bush, into the day lilies and are crawling across the path. I have no idea what’s growing in there; the plot plan is somewhere in the chaos of the house. Hopefully tasty things like delicatas and butternuts will reveal themselves. But for now, it’s just a tangle of leaves, vines and flowers. I can hear them laughing at me.

So I’m picking flowers, in a small attempt to assert my dominance. It’s 30 degrees C outside and I don’t have the energy to stuff the blossoms with herbs and cheese, or deep-fry for that matter. But I can muster the strength to tear the petals into salads, or nestle whole flowers into a frittata. I decide on the latter; I have lots of eggs, feta and a huge zucchini in the fridge that needs eating.

But then I panic. I can’t remember which blossoms to pick. I need my friend Hannah’s late mother-in-law, who visited all the gardens at the cottage last summer, impregnating the squashes and pumpkins. She knew the males from the females, and their roles in the garden. But without grandmother wisdom at hand, I turn to google:

Male blossoms are perched on a straight, narrow stalk. Female blossoms have a small bulb beneath the blossom, a bulb that will grow into a future squash (or pumpkin? again, can’t remember what I planted). Picking the females means stealing from the bounty of the garden. Picking too many males means the bees won’t be able to pollinate the female flowers. However if bees are not present, you too can impregnate the females, just like Hannah’s mother-in-law. The male flowers have a phallic stem inside called anthers, while the female reproductive area is called the stigma. To impregnate, peel the petals off a male blossom (pop them in your mouth, they’re so good for you) and dust the stigma with the tip of the anthers. It’s more like dabbing the centre of a flower with a Q-tip than performing a sex act, but apparently, it works.

After taking care of business, I made a frittata.

I’m embarrassed to admit that I’ve always applied a gender to frittata. It’s female, I’d say, which is code for ‘a light Lindsay meal, when there’s nothing else in the house.’ I thought of this, as I whisked 4 hefty eggs with salt and tipped it into my small cast-iron pan, already filled with chopped zucchini sizzling in butter. I thought of this as I laid three male blossoms across the mixture, just beginning to set, and topped it all with crumbled feta. I thought of this as I placed it in a 375F oven, and noticed as boys circled the oven for the 10 minutes it took to set. I thought of this as I wondered how I’d share my creation with all the genders gathered around. So I grabbed several forks, passed them around, and we ate it while discussing the wonders of the garden – tendrils, blossoms, stigmas, anthers, pollen and all. 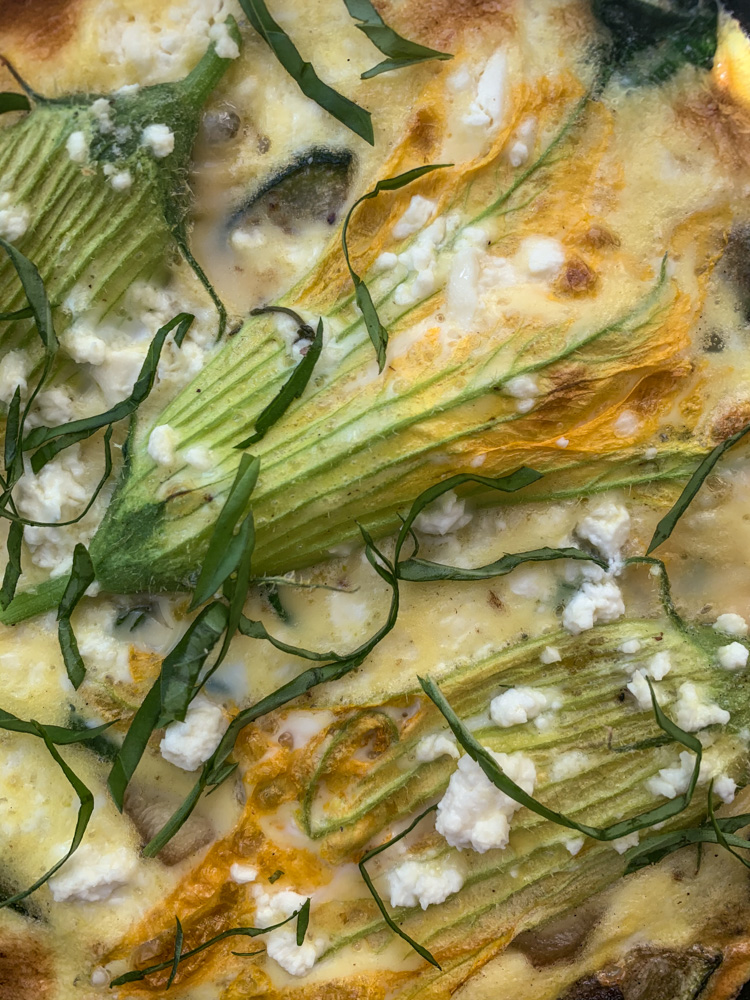