By Lindsay Cameron WilsonAugust 1, 2017No Comments 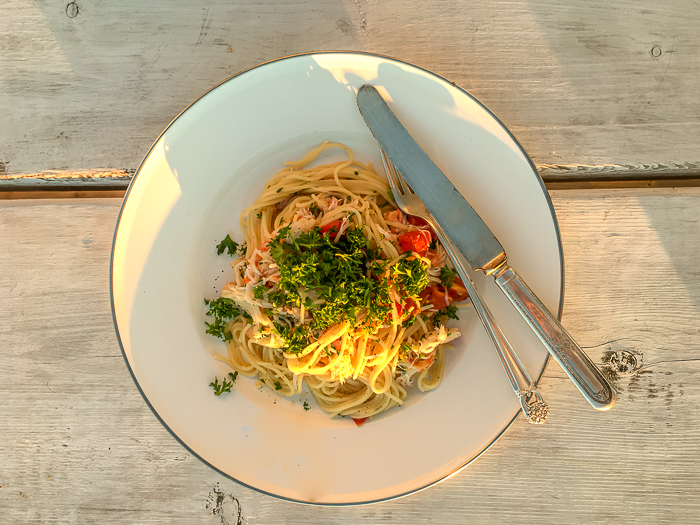 It’s hard to boil summer summer essentials down to just one thing. There’s the mineral sunscreen that I powder puff all over myself and my kids every morning. It doesn’t irritate their skin and it’s the closest they’ll ever get to a spa. Or there’s my collection of turkish towels that fold up into nothing and dry in seconds. Then there’s the tiny tin of maldon sea salt that goes with me everywhere, because you never know when you’ll need a sprinkle from the sea.

But if I really think hard, snow crab pasta is the summer essential.

It comes out when guests are visiting. When we have hotdogs for the kids (who wants to waste snow crab on them?). When the sun is shining. Or when it’s cloudy. This dish adds all the summer glow you need.

I share a cottage with my sister Lee. It’s her recipe. Actually it’s our friend Nelson’s recipe. He buys his snow crab on the way home from Cheticamp after a day of fly fishing, or down the lane from his cottage in Belle Cote on the Margaree. And like any good friend, Nelson was happy to share this summer essential with Lee. He says it’s Julia Turshen’s recipe from Epicurious, but I know Julia wouldn’t mind if we say it’s Nelson’s.

Lee keeps the recipe in a little photo album our cousin Moira gave her as a wedding gift. Instead of pictures there are cue cards in the album with Moira’s favourite family recipes. She left some sleeves empty so Lee could add the collection. We use this album all the time.

Have I mentioned there’s no wifi at the cottage? 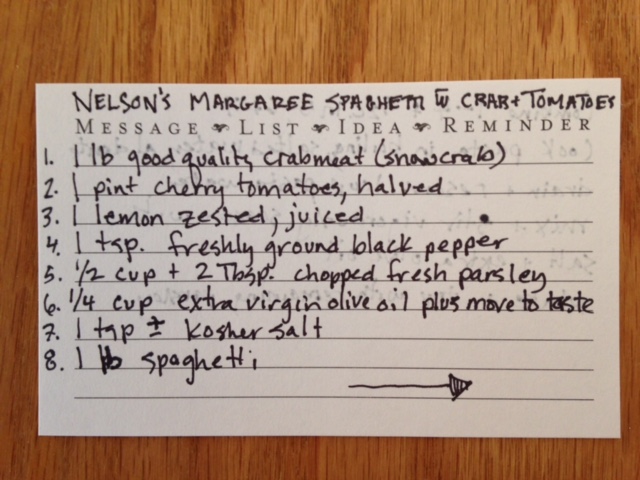 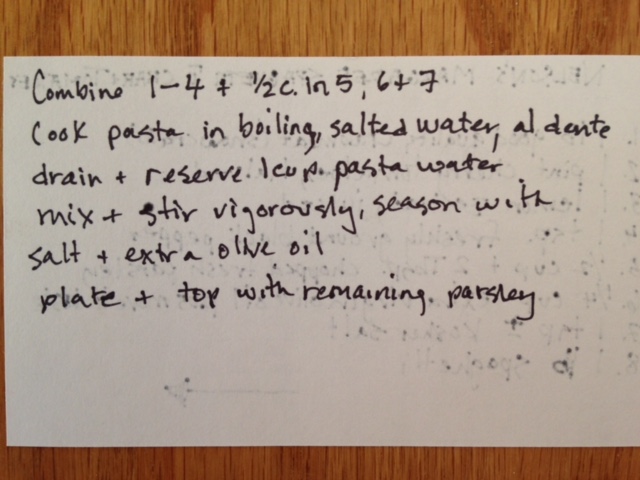 *Snow Crab, also called Queen crab, or Spider crab, is native to the North Atlantic and Pacific Oceans. Snow crab has long spindly legs filled with sweet, tender meat. I think it’s better than lobster. It’s usually sold cooked and flash frozen, either shell on or shelled. We buy ours from Logan’s Fish Mart, handily located in the Nova Scotia Tourist bureau at the Pictou Rotary. Strange but true.