Overwhelmed? The answer is wrapping paper

By Lindsay Cameron WilsonDecember 5, 2017No Comments 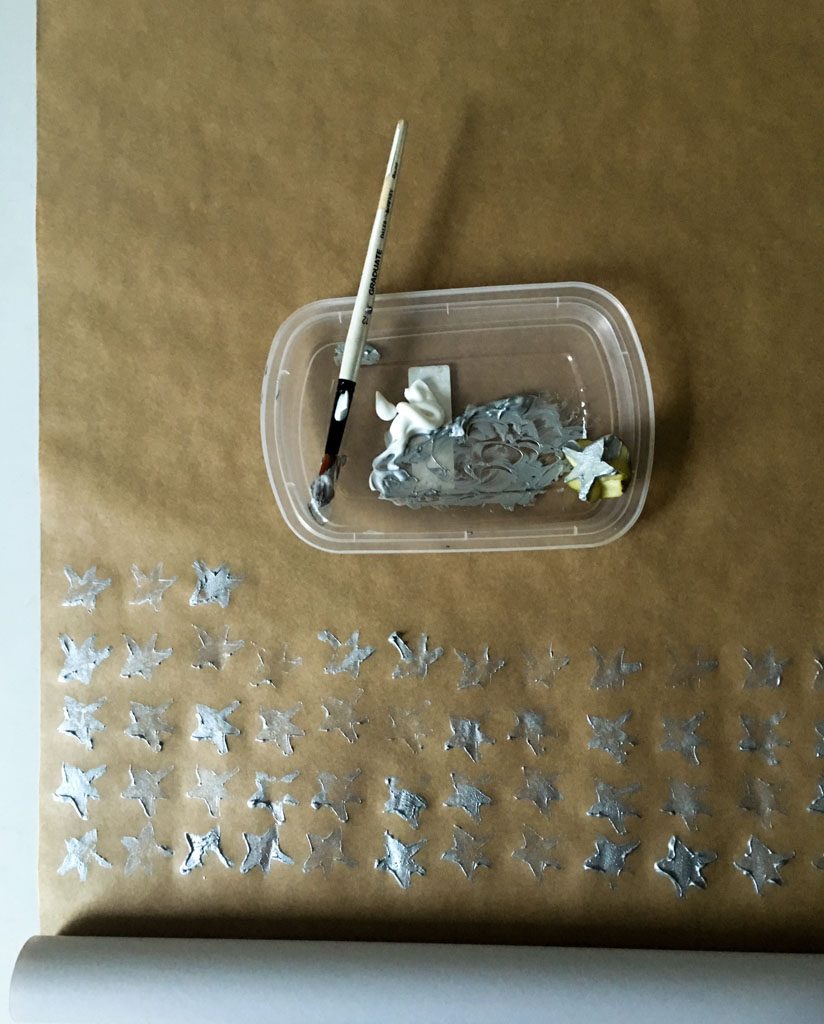 It’s hard not to feel the overwhelm this time of year.

This is when all the nostalgia and expectations and tick-off lists and work culminate in one joyous, stressful tangle. If only I could remember that quietly sitting and untangling the tangle is always the best way to go.

I woke up feeling the overwhelm today. The house was undone, so much so I couldn’t even find my tick-off lists. I didn’t have anything tick off anyway.

But my kitchen counter was strangely bare; it was crying out for a big task, one that needed the whole of its surface. It was wrapping paper time.

I spotted the prettiest paper on my maiden voyage to our Province’s new Ikea last month. It was brown packing paper on one side, white on the other. The white side was covered in the best block print, better than any of my past potato or turnip efforts. Naturally only the display rolls were left. It was up to me to make it happen.

I know what you’re thinking. Block printing wrapping paper is the most smug, ridiculously lady of leisure activity you’ve ever heard of this time of year. What happened to her overwhelm?

But, in order to untangle the tangle, I have to be quiet. I have to do something meditative, something that creates white space to think, to prioritize, to find clarity, to get in the zone.

I unrolled a roll of plain Ikea paper, the only roll left in the bin. I cut a crude star from half a potato. 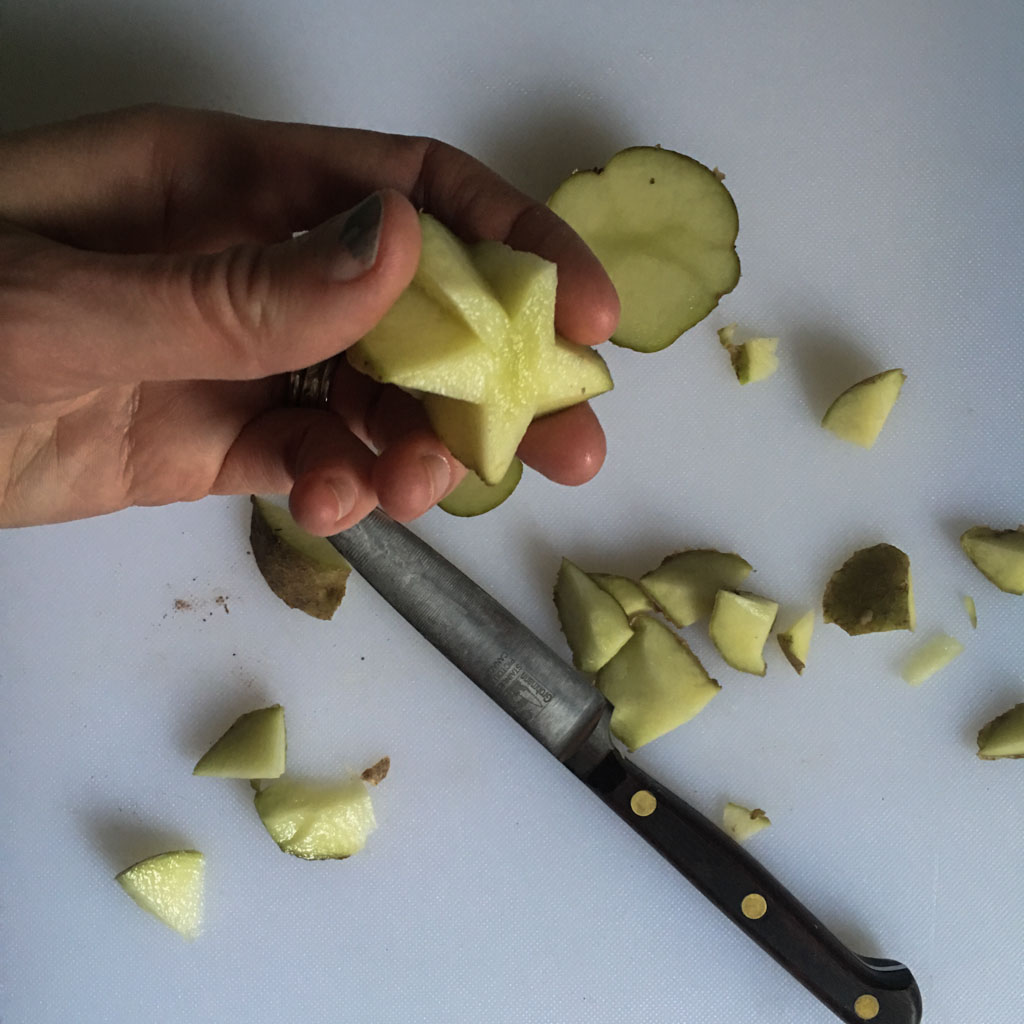 I squirted silver paint onto the lid of a take-away container. I began stamping. Row after row I stamped and eventually, good things happened. I made decisions. I meal planned. I planned future podcasts. I thought of others. My cat felt the calm. She joined in. 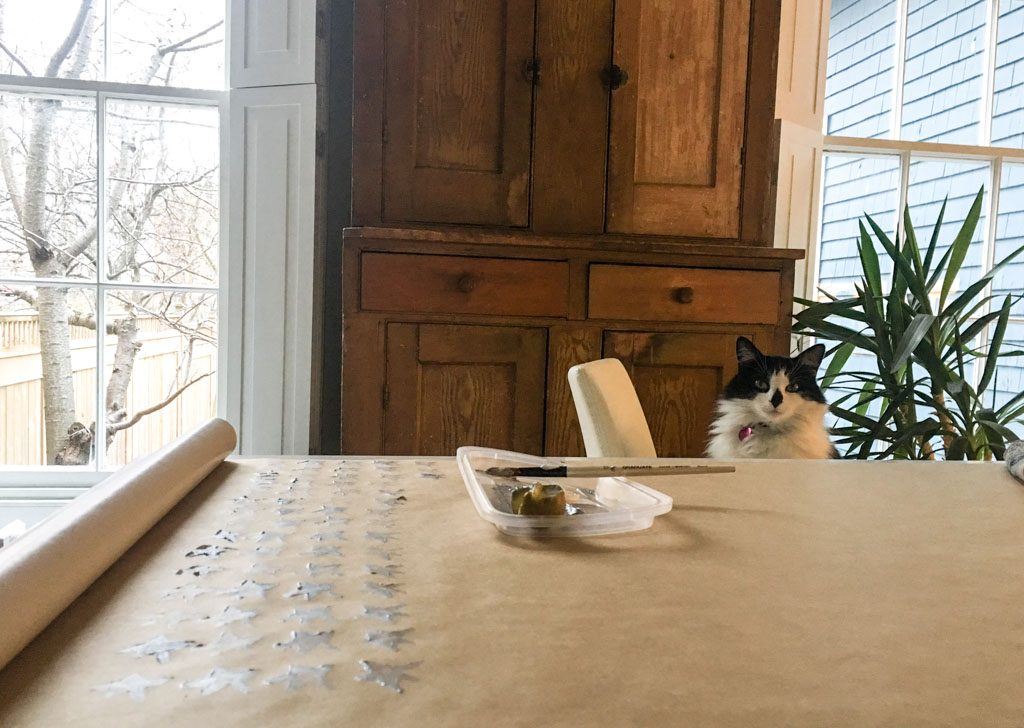 Then the doorbell rang. It was my aunt Sandra, my mentor in all things meditative. She often starts her day as a textile artist by simply applying her thumb print, repetitively, on paper attached to the wall. It’s how she gets in the zone, how she untangles. As time passed, she began printing on different surfaces, which became art objects in themselves. We’ll be able to see her Morning Meditation Wall at the Nova Scotia Talent Trust 75th Anniversary show in May 2019.

Sandra sat down in front of the paper and asked for white paint. As I turned the kettle on she quietly began adding her index finger print to the paper. White dots between the stars. 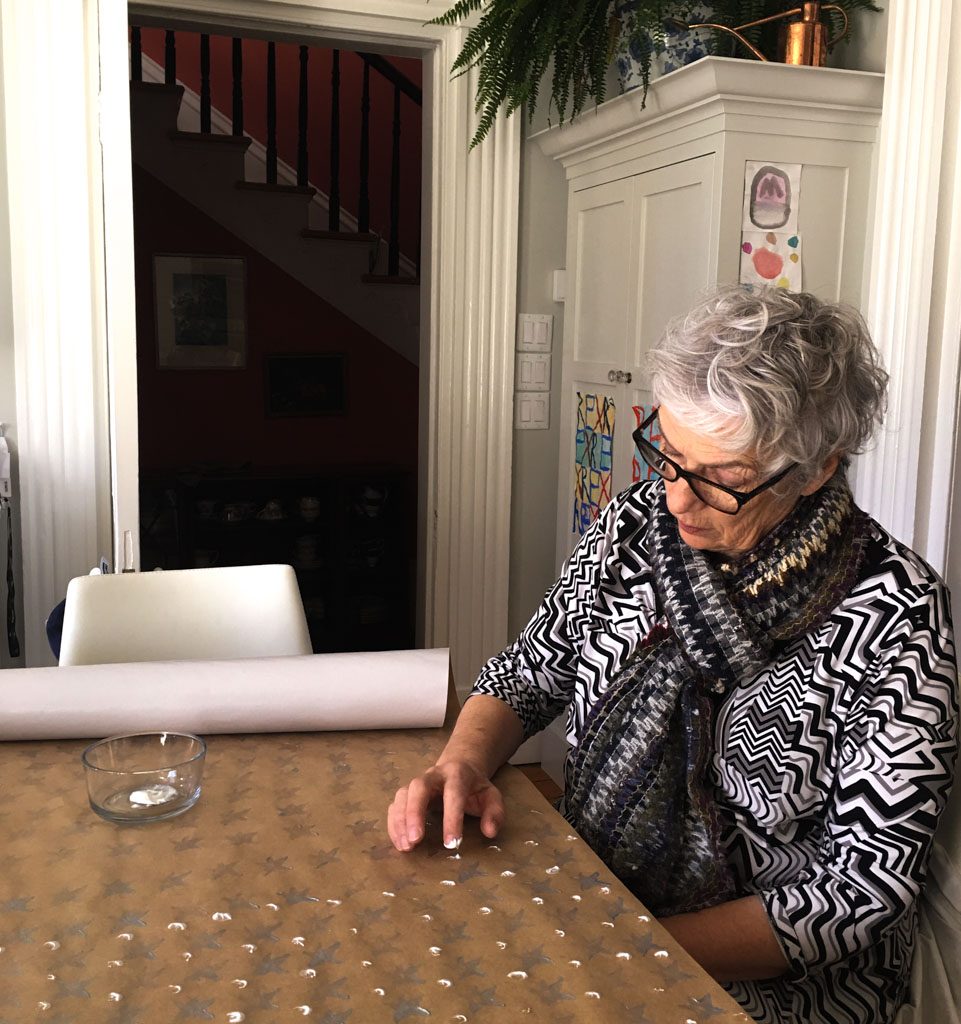 The paper is drying on the counter now, in the way of everything. The quiet window is over. But I’m calmer.

And I have a great stretch of snowy, starry wrapping paper to show for it.

PS – This isn’t my first attempt at root vegetable stamps. Last year, it was turnips. Read more here if you’d like.