What is Romantic Food, Anyway?

By Lindsay Cameron WilsonFebruary 14, 2019No Comments 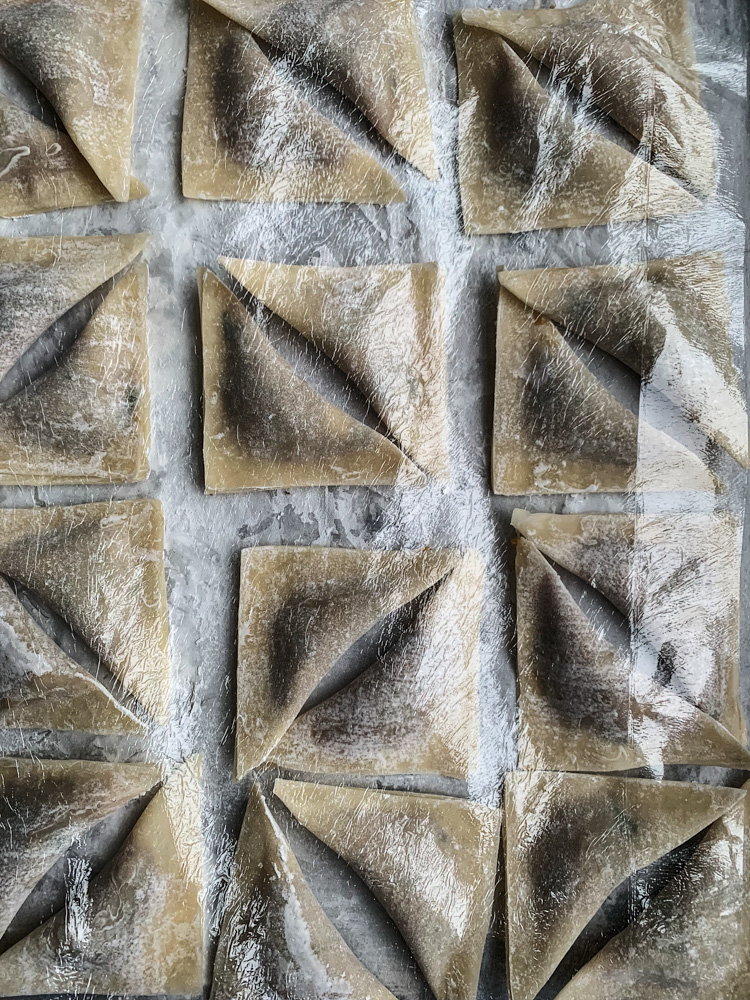 This morning I stepped outside the back door into a glazed wonderland. It was as if everything  – the steps, the frozen ground, the tiniest branches – had been candied in sugar syrup. My car even looked like a giant marron glacé; I had to crack it open to get inside.

Valentines is upon us and sweetness is clearly in the air. But sugary sweetness? It just isn’t romantic to me. It’s one dimensional. It lacks nuance. And there’s just that single top note – sweet. And like the weather today, it doesn’t last or linger. It just melts away. What’s romantic about that?

Is there any food, for that matter, that truly is romantic? Writer Lauren Bravo raises this question in her recent piece for Foodism.

“Oysters I understand, in theory.” Bravo writes. “… but despite all the hype around zinc, who actually feels sexy after oysters? Doesn’t the faint threat of norovirus dampen the mood?”

Yes, Bravo! It’s the giving that’s romantic. The nurturing. The action. Like a coffee in bed. My husband James realized early on that a coffee in bed after a patchy night up with a baby was the direct route to my heart. The babies are big now, but I still hear the angels singing every time he hands me a steaming mug. And when he’s away, I set the timer on our drip coffee maker the night before, sneak downstairs in the quiet of the early morning, pour a cup and bring it back to bed. The angels still sing; make ahead efforts are equally nurturing, equally loving.

I thought of this as I made dumplings for Chinese New Year. I spread parchment across my kitchen island and set up an assembly line. Within the hour, I had enough for dinner plus a few trays for the freezer. I covered the trays in plastic wrap then took a picture. I loved the way the plastic made the dumplings look like they had been coated in a layer of candied sugar. I’ll crack them open later when the fridge is bare and my husband needs some nurturing. The angels will sing and we’ll feel the love. 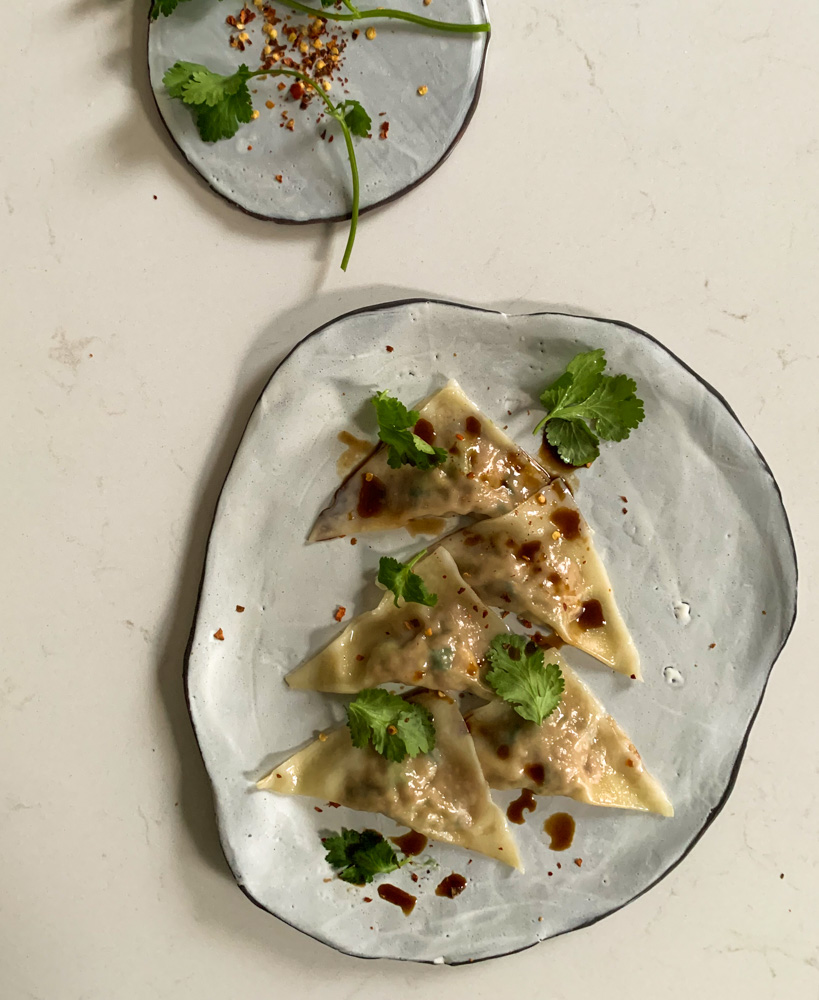 The dumplings above are based on Kenny Lao’s Rickshaw Dumplings as featured in the Kitchn. I swapped savoy cabbage for Napa and square wrappers for round (use what you have!). For a vegetarian dumpling, try Nina Simonds’s version. I used to test recipes for Nina; these are so good. Listen to Nina’s story -a Jewish American who moved to China in the 70’s and subsequently became an award-winning authority on Chinese cookery- on episode 5 of The Food Podcast.