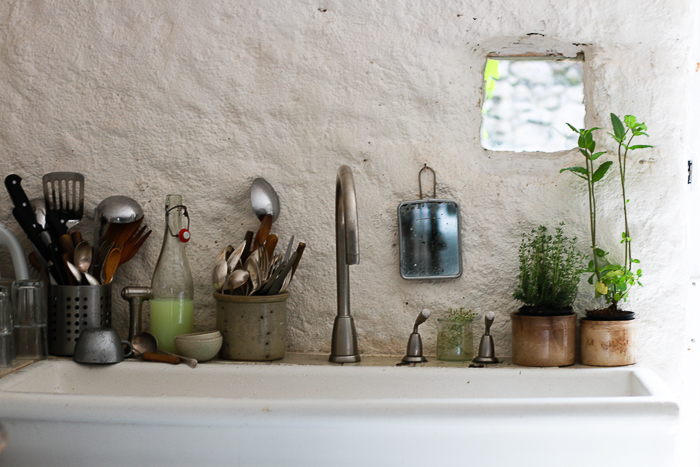 Its scientific definition is long and complicated. Something about a thermodynamic quantity representing the unavailability of a system’s thermal energy for conversion into mechanical work, often interpreted as the degree of disorder or randomness in the system.

Or, in domestic terms, entropy is the tendency for systems to move towards disorder. Like the way leaves fall from the tree not in an ordered pile, but in a scattered mess. Or the way playing cards will fall from your hands randomly, not by value or suit. Or the way clean dishes get dirty, then need to be washed, dried and put away. Why? It’s easier for systems to remain disordered. It’s just the way it is.

My mother taught me to embrace entropy. To understand, especially as a parent, that the systems we put in place will fall apart on a daily basis. It’s just the way it is.

We moved into our house exactly two years ago. I know this because the cherry tree in the back yard was almost in bloom. Today the buds are about to open. It’s an old house that once had a kitchen in the basement. At one point, probably when the house was turned into a rooming house in the early 1900’s, the kitchen was moved upstairs into an addition tacked on to the back of the house. The ‘new kitchen’ is small but bright and sunny. It has everything a person needs: a counter, an oven, a fridge, a few cupboards, a washer, a dryer, and shelves for cookbooks. Yes, everything ONE person needs. Five people? Not quite. Did you notice I didn’t mention a dishwasher in the above list? I am the dishwasher. My husband is the dishwasher. If our sons were more sanitary they’d be the dishwashers. For now, they dry and put away.

I’ve learned to embrace the dishes, to surrender to the disorder. We rinse and stack at breakfast, then wash later. But at dinner time I wash as I cook. If not, that little counter gets overwhelmed. I get overwhelmed. And as it turns out, my left elbow gets overwhelmed. Yes, it’s true. I’ve been diagnosed with tennis elbow, not from playing tennis, I’ve determined, but from washing dishes. I reach left with my left arm, and over the past 730 days that stack of heavy cast iron pans et cetera has done some damage. I’m laugh crying as I write this. It’s all just so ridiculous. What would my grandmother Genevieve say, the woman who carefully stacked and washed dishes in order of what needed the hottest water most, three times a day for all of her adult life? (btw – that’s drinking glasses first, then cutlery, followed by plates, bowls, then pots and pans.) She embraced entropy with strength and sanitation. I’m certain she never went to physio for washing dishes.

But as I washed the dishes yesterday, while listening to a podcast, I heard something that soothed my disordered soul. Laura Wright, of the beautiful blog The First Mess, was making root vegetable dal on the Sunday Night Dinner podcast. As she chopped, she told the host why she called her blog The First Mess. The name, she said, was taken from M.F. K. Fisher’s An Alphabet for Gourmets, where Ms. Fisher refers to the arrival of the first run (or mess) of peas in early spring as a sign of the abundance to come. The first sweet taste. The first mess. Then Laura went on to say the name also speaks to the actions of cooking. ‘It’s messy,” she explained as she chopped vegetables. “You have to be ok with tearing your kitchen apart when you start making food from scratch.”

My cherry tree seems ok with it. Every spring it produces the first mess of blooms in the backyard, then a few months later it rewards us with cherries. Then the cherries too high to pick fall to the ground making a deep red, disordered mess on the stones below. But the birds come and clean it up. The rain washes the rest away. The leaves eventually fall, the air gets cold, then the snow falls. But before you know it, the blossoms come again.

I am that bird. I clean it up. But as I clean, I get nourished. I listen to podcasts. I day dream. I buy special red rubber gloves and dish soap scented with lemon and thyme. And when I’m tired I stare at this photo I took of a wonky farmhouse sink in France. So many dishes were washed in that sink, each one adding character and story to the space. It’s beautiful.
We’re here to complete the circle. We grab entropy off the ground, tidy it up, and let it fall again. I’ve decided to embrace this process, because, it’s just the way it is.

PS we’re renovating our kitchen.
PPS I’m getting a dishwasher.
PPPS my physiotherapist tried dry needling on my ‘dishes elbow’ and it worked like a charm 😉