Use What You Have

By Lindsay Cameron WilsonJuly 8, 2016No Comments

Use what you have.

That’s the line I say on my cooking show, LOVE FOOD, all the time. My goal is too discourage excessive panic-fuelled shopping: Don’t go out for Thai curry paste if you already have Indian. Don’t buy a pairing knife is you already have a good chef’s knife. Don’t buy butternut squash if you have sweet potatoes. Substitute, then put your toes up. The more you do it, the easier it will be (substituting, AND resting, that is).

Speaking of resting, we’ll be be spending time, off and on, at our cottage on the the Northumberland Straight this summer. This rhythm began a few generations ago with my Cameron grandparents and several of their fine friends, mostly from Colchester County. Together they bought a piece of farmland that stretched north-west off the Sunrise trail and ran to the ocean. Seven cottages were built, more or less in a rectangle, and a flag pole was placed in the middle. They called the community Upalong Beach. Today, four generations later, there are seven more cottages scattered around the original seven. We’ve spread and multiplied, but life is much the same. We can see Price Edward Island on a clear day. The Woodland Ferries are small white boxes moving in the distance. Jellyfish are the worst in July. Beer isn’t allowed on the beach. An evening sandbar is where it’s at. The sunsets, just over little point, are out of this world.

We learned this year, while visiting in May and June for the first time, that life is different at Upalong in the spring. Lobster season is from the first of May until the end of June, and the ocean view is dotted with buoys and fishing boats. The activity is mesmerizing: 27 boats are fishing this area; each boat has 275 traps. Five traps are set between each pair of buoys. Sometimes the water is calm, most often it isn’t. There are a few gentlemen’s agreements in place amongst the fishermen – no fishing on Sundays, and even though fishing in the dark and cold keeps the catch fresher, no one goes out before 430am.

The boats come in to the wharf where the buyers are waiting. The lucky locals have a direct line to the buyers; they eat the catch that night. We get lobster, but not fresh from the dock. We’re still working on those secret connections, after all these years.

This brings me back to using what you have.  The lobster claw cracker can crush a walnut shell. The long thin metal tools, designed for picking out the sweet bits of meat deep down inside the legs, are also great skewers. Thread them with chicken thighs, brush with a yakitori sauce, grill for a few minutes, and there’s dinner, Japanese style. I know if I interviewed my summer neighbours, here on the Northumberland Straight, they’d have a few more substitutions for lobster kit. Buoys can decorate trees. Old wooden lobster traps are sold on the side of the road for coffee tables. And inevitably, every year a kid arrives at the cottage with… lice. The little metal lobster tool, well that’s great for checking for… nits. I’m sorry, I know, it’s not appetizing. But if I’ve said it once, I’ve said it a million times: use what you have. 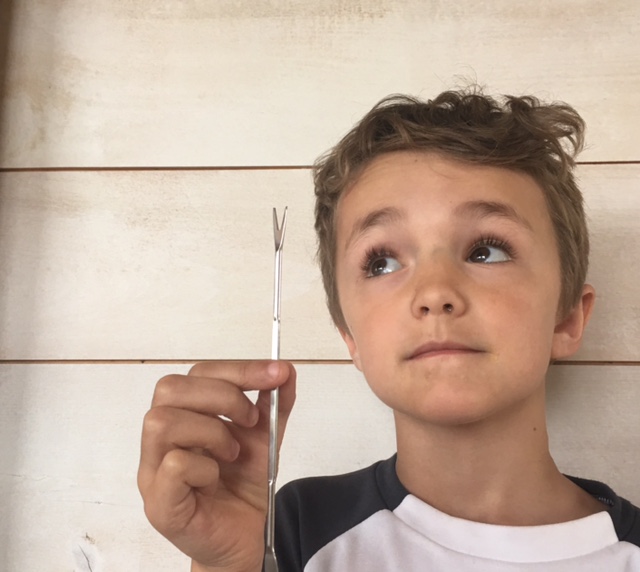 Then put your toes up. 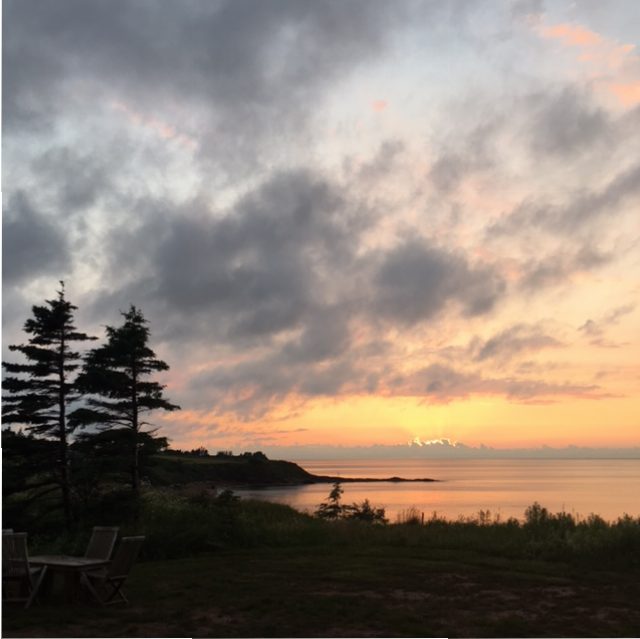