To Swish or Not to Swish 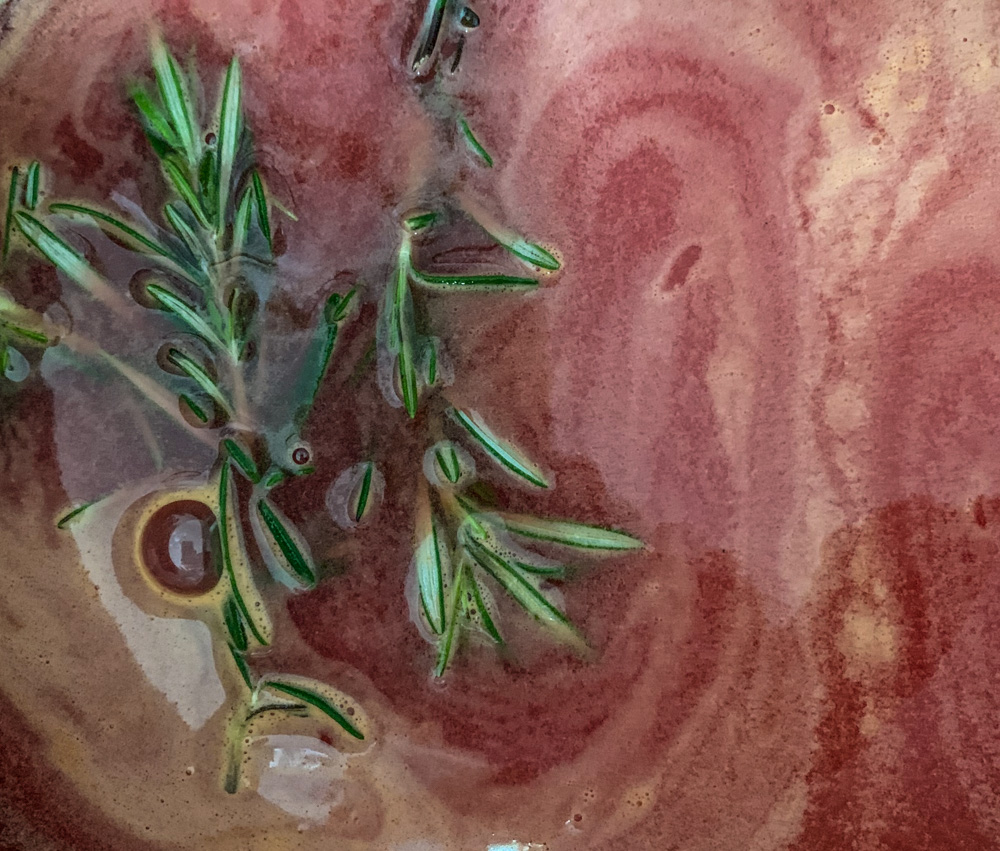 “Dad,” I asked over the phone the other night, “did you like Jell-O as a kid?” I know we didn’t eat it when I was young, neither the proper English, homemade kind, or the industrial Jell-O from a package. I had a vague memory of him explaining why, but the rest was just a wobbly memory.

Last month, when I thought my Dad may not live, I fell to my knees, imagining him not there on the other end of the phone line. He was always there to provide thoughts on a book we were both reading, to diagnose an ailment in one of my children, to share a story from the past.

What would I do without him?

I thought of this as I asked him about Jell-O, his thoughtful voice coming in strong through the line. He was alive, he was back, and I wasn’t going to take this for granted.

The call was made because I was writing a podcast script involving Jell-O, and needed him to fill in some family history for me. Needless to say the topic of my phone calls are rarely life and death. But I knew that I would always get a little more than I asked for, a small gift, an epiphany.

“No I didn’t like Jell-O at all,” he said with a voice that was already drifting back to the 1950’s…

He grew up in a white house halfway down Park Street in Truro. The dark wood panelled dining room was situated in the corner of the front of the house, with two sunlit windows on the south and west walls. Beneath the windows were tinned-lined shelves his father had made to house their plants: African Violet, hoya, cyclamen, gardenia and paper whites at Christmas. A built in china cabinet lined the north wall, with crystal knobs on the drawers and cabinets. There was a door beside the cabinet into the kitchen, and another door on the remaining wall into the living room, where the grandfather clock lived. Shortly after the noon chime, my Dad, his brother Angus, sister Jeannie, my Grandfather and his dog, Mr. Sinclair, would walk through the door, ready for lunch in the dining room before returning back to school. Lunch wasn’t a long affair, he told me, but it was always two courses, with enough time left over for my Grandfather to squeeze in a quick nap in his chair before returning back to his job as Principal of the school.

The family would sit in the dining room for lunch, each place marked by their linen napkin thread into a napkin ring. My Dad has always been a tidy guy; he liked to see how long his napkin could stay clean. His record, he says, was seven straight days.

His older brother Angus, on the other hand, went through a napkin a meal. He liked to execute science experiments while eating, which always involved his napkin:

“Experiments like drinking milk through the napkin, to see if the linen would alter its flavour,” my Dad explained, now laughing. It totally grossed him out.

Sometimes, he said, my Grandmother would serve Jell-O for dessert. She knew my Dad hated it, but would try to make it fun by calling the mould jello a castle and the cream on top the clouds. But he wasn’t buying it.

“Angus would begin by swishing the jello around his mouth to see how liquid it could become. When adequately fluid, he’d run it through his teeth.”

I’m now picturing Angus spitting the now liquid jello through his napkin and into a cup, turning something that was once solid into a satisfying cup of juice.

It was the swish and spit that put my Dad over the edge.

And this is why we never had Jell-O in our house. But we did have our own napkins tucked inside rings – some wooden, some rounded silver, one squished into an oval to tell it apart. Naps were also encouraged after meals, but when it came to liquids of any kind, we were never, ever, allowed to swish. 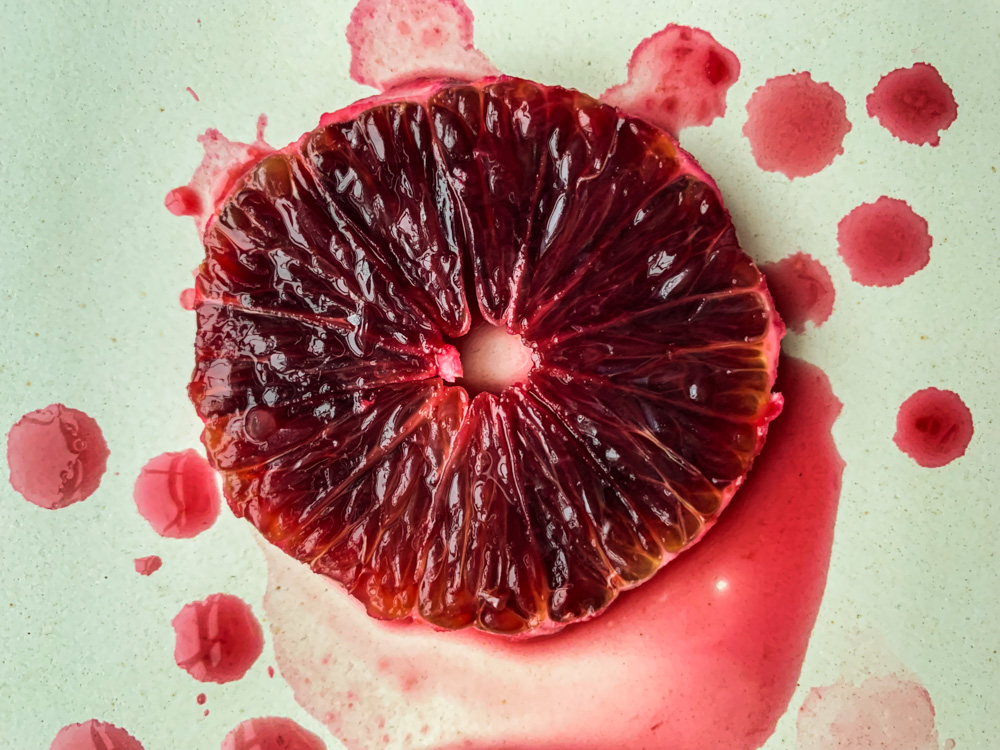 Meanwhile at my house, we’ve been exploring the world of homemade Jell-O, otherwise known as jelly. I have a full bowl of blood oranges and rosemary left over from a sausage chicken and bean stew (find recipe here). So I reached for a Skye Gyngell’s A Year in My Kitchen, because right there in the winter chapter she has a recipe for Blood Orange Jelly with Rosemary. Perfect.

We’ll eat this tonight, in the company of our hoya and an aging amaryllis. There will be no science experiments, NO swishing, but ‘water-coloured inspired blood orange juice spray’ will be welcomed when plating. Whatever makes it fun.

Lightly grease bowls with oil and set aside.

Run the juice through a cheesecloth-lined sieve – this will create a nice, clear jelly. Combine sieved juice and sugar in a saucepan along with sprigs of rosemary. Gently heat until sugar has dissolved and liquid is hot, but not boiling. Take pan off the heat and whisk in gelatine. Sieve liquid again to remove rosemary sprigs and bits, then divide liquid between lightly greased bowls. Chill until jelly has set.

Skye Gyngell likes to serve jellies the day they are made, when they are ‘wibbly wobbly, not overly firm.’

When ready to serve, place a slice of blood orange on each plate, along with any extra juice that comes with it (or splashes, as with my plating job…embrace whatever happens.) Lower each bowl of jelly into a bigger bowl of warm water, then run a knife along the edge of the jelly to loosen it a little, then invert bowls onto the plate. I had to wiggle the knife down the sides of a few bowls to break the suction… it will happen, be patient.

*Leaf gelatine is also a possibility here – 3 1/2 sheets worth –  I love the way they feel after a soak in water… however I find leaf gelatine hard to find here in Halifax.