The shape of your day 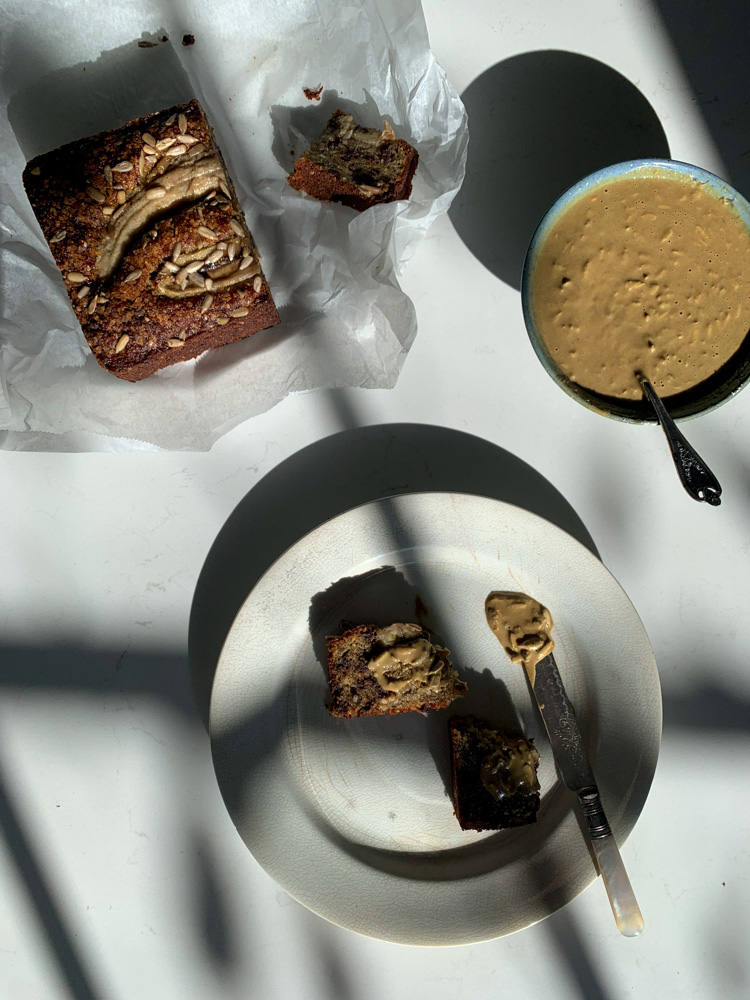 I have a square piece of cotton folded in my desk. I found it yesterday when I was rummaging for a pen. I opened it and smoothed it flat with my hands.

It came from an exercise we did at the workshop I attended in August. We pressed our journals perpendicular to our body, positioned a pencil against the journal, then went for a walk. The pencil reacted to our movement, to our gate, to the curve of the ground and the pace of our bodies. When we returned we traced the mark of the pencil on to cotton, then went over the line with a needle and thread to emphasize it, to make it physical.

The result is a black couching stitch that begins straight, then rolls up and down, squiggling and turning over itself like loopy calligraphy. The top makes a lasso, then turns around and heads back to where it began. It looks like a topographical map of an rugged island; my youngest son says it looks like a monster.

When my boys were very little, I’d take them to visit my Grandmother on Thursday mornings. She lived in a sunlit apartment overlooking the Bedford Basin. We’d sit in her big rattan chairs and watch the sailboats, bobbing away, tethered to buoys. She’d always ask me how my week was going, and inevitably tell me to quiet down and do less. She had been a working mother, a math teacher. She knew about juggling, about overwhelm. But she never appeared flustered; she had rituals in place.

I didn’t know how to do less. The rhythm of my boys set the pace for the days. I always said YES to others. And when the boys slept I’d squeeze in recipe testing, something I was doing a lot those days. My husband would usually call around four in the afternoon, wondering if he could pick anything up for dinner. It was meant to be a kind call, but I’d usually bark back with, “Dinner?!” Didn’t he know I could barely keep my eyes open at this time of day?

“You left it too late,” my Grandmother added one Thursday morning when I complained about those phone calls. “Always know what you’re having for dinner before 11am. You don’t have to have it made, but know what you’re having. Take something out of the freezer to defrost. Make sure you have the ingredients. This way, by four you’re not hungry and mad.”

So here I am, over ten years later, finally knocking my meals out of the park this week because I know what I’m having for dinner before 11am.

Monday – roast chicken leftover from Sunday, with a tray bake of roasted potatoes and red onions – and green salad for those who would eat it

Tuesday– chicken carcass simmered in the slow cooker all day and turned into soup with carrots, leeks, celery and a handful of farro- and chopped kale for those who would eat it

Thursday – mac & cheese, because grown ups were out and this is always a hit

This rough grid forced me to rummage through the freezer on Sunday to take stock. That’s when I found TEN frozen bananas, crying out to be made into bread. One loaf was gifted to a friend who just had surgery, another we kept and slathered with sunflower seed icing (sunflower seeds are having a moment). The recipe is from Aran Goyoaga’s new book, Cannelle et Vanille. It’s so good, in an inspired, ‘unique but accessible’ kind of way. I call this simple but special.

This is how I want my life to be: simple but special. I wonder how that would look stitched on cotton… a big, swirly BB for banana bread? Or how about the word eleven, reminding me that a little structure creates a lot of freedom. 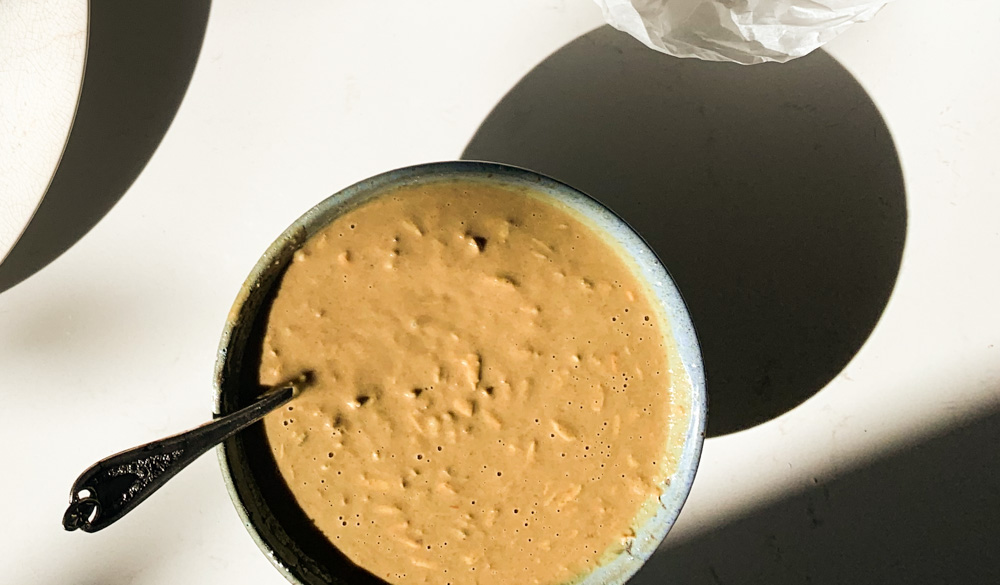 In the bowl of a stand mixer, combine the sunflower butter and coconut oil. Beat on high speed with the whisk attachment until light, about 3 minutes. Add the powdered sugar and salt, then whisk again for another 3 minutes. Fold in the toasted sunflower seeds. The icing will be slightly liquid at this point, especially on warm days, so refrigerate until it sets, at least 1 hour.

* Thanks to Aran Goyoaga for permission to share her recipe.
** I used pumpkin seed butter here ( found in the ‘healthy’ section of my grocery store ) which gave the icing a similar flavour but darker in colour. Aran makes her own seed butters, p 28 of her book.