The Sad, the Sweet and the hopeful 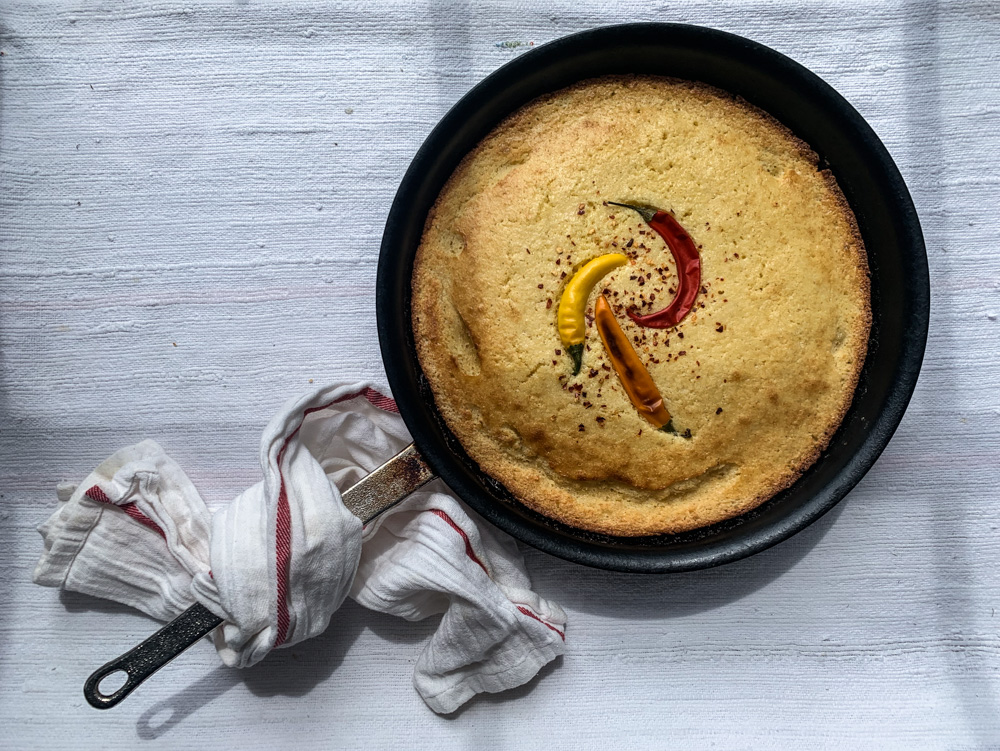 A few months ago I curled up with a cookbook in front of the fire at my mother-in-law Rose’s home in Wentworth. It was the night after Rose had hosted a party to celebrate ‘fifty years in the Wentworth Valley’ and we – my boys, their cousins, my brothers and sisters-in-law- were all having a lazy, post-party day.

Rose and her late husband Peter bought this old farm house 5 km from the ski hill in 1970. Rose remembers corralling her toddlers between the unlit fireplace and the fire screen with a pile of Fisher Price so she and Peter could get on with repairs. They wallpapered the rooms, put in a shower, and turned an old door into a kitchen table. They dug a vegetable garden and swatted at blackflies.

As the family grew, so did the house. An extension was added, along with a new kitchen. But a few things remain the same. The beaver dams in the old woodlot at the back of the house are still there. The Wallace river still runs nearby. The ski hill continues to be the heart of the community. And most importantly, we all still gather in front of the fire to nap, chat, and get swept away by a cookbook.

The cookbook was Prune – Gabrielle Hamilton’s masterpiece from her beloved East Village bistro in New York. I’ve never been; it’s hard, almost impossible, to get a reservation. So instead I poured over the book, making notes on what I’d like to try until I can someday get into the restaurant itself.

This morning, two months and one global pandemic later, I read Gabrielle Hamilton’s feature in the NYTimes: My Restaurant Was My Life for 20 Years. Does the World Need It Anymore? The story begins with a nightmare she had the night before she laid off her 30 employees:

“I dreamed that my two children had perished, buried alive in dirt, while I dug in the wrong place, just five feet away from where they were actually smothered.”

Many of us have experienced fear-fueled nightmares because of the current emotional climate. But here in Nova Scotia, the boundary between nightmare and real life was erased. Six days ago, a fifty-one year old man, disguised as an RCMP officer, tore through northern Nova Scotia, shooting people and setting fire to homes. A woman from Wentworth was on her morning walk when she was killed. Up the road, a couple was killed in their home, before it was burned to the ground. There were twenty-two victims in total. It was the largest mass shooting in modern Canadian history.

Beyond the number of deaths is the notable impact of this tragedy on such a small community, a community where individuals felt safe, knew their neighbours, and welcomed outsiders to ski during the winter and enjoy the changing seasons.

The Wentworth Valley is famous for its fall colours. Beech, birch and maple leaves splash red, orange and yellow against the evergreens, their colours stretching up from the valley, high into the hills above. This time of year, the trees are bare. But the maples, they’re quietly working away, immune to pandemics, closures and tragedy. They like cold nights followed by warmer days. This is what makes the sugar maples’ sap run.

This area is also known for maple syrup. Normally we would have made several trips to Sugar Moon farm by now. That’s where we buy our maple syrup and sit down for all-day pancakes topped with blueberries from the local fields. Sugar Moon isn’t far from Wentworth. The drive, off the main highway and along the backroads towards the Northumberland Strait, is a pretty one. But the farm is closed. So we’ll buy our maple syrup online, and savour it at home in the city. I’ll make cornbread for dinner tonight, to serve alongside chili. And tomorrow, I’ll heat up the leftover cornbread, still flecked with chili flakes, and top it with golden maple syrup. It’s the heat, alongside the sweet, that tastes so good.

Gabrielle Hamilton ends her piece on a contemplative note. Prune has survived terrorist attacks, blackouts, hurricanes and recessions in its 20 year history. She sees a future where simple dining, one that’s immune to the ‘tyranny of convenience culture’, where tables are bigger, lunches are longer, and sun streams through the French doors.

In the meantime, Hamilton is going to “let the restaurant sleep, like the beauty she is, shallow breathing, dormant. Bills unpaid, and see what she looks like when she wakes up – so well rested, young all over again…” 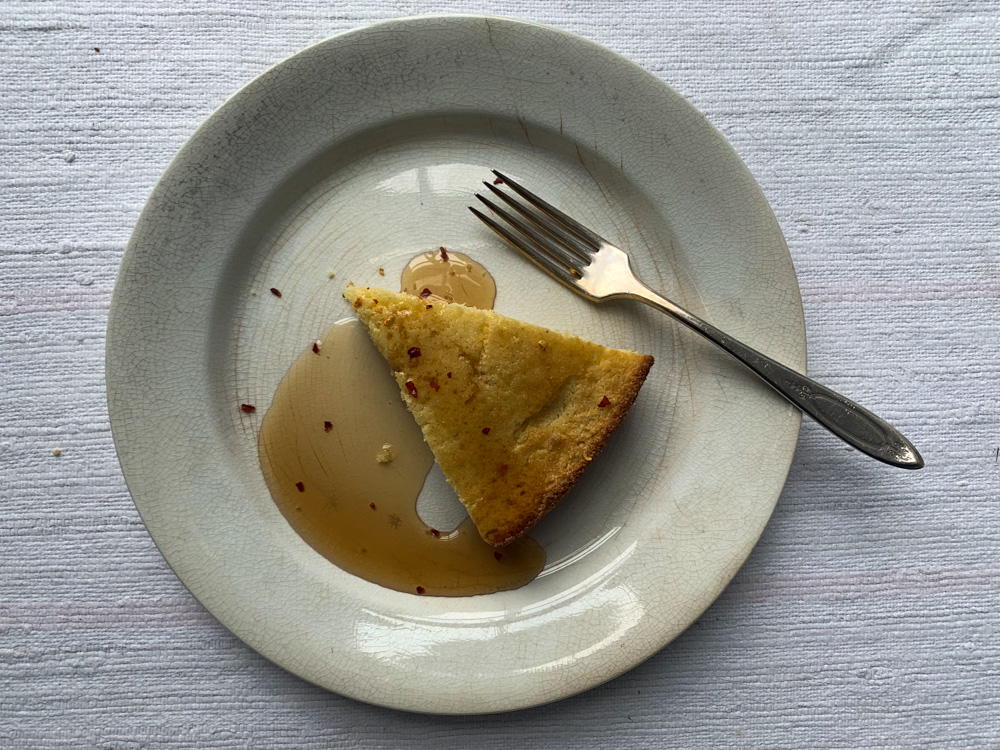 This is my aunt Sandra’s recipe. It’s a sweet, rich cornbread with a crusty edge. I’ve added the chilis, they’re optional.

Place a cast iron skillet (with an oven proof handle) in the oven to preheat. If you don’t have a cast-iron skillet, use a lasagna dish, a large cake tin… whatever you have. My pan is 12 in / 30cm and the cornbread was ready in 15 minutes. Times will vary depending on your pan / dish. Or as my mom would say, it’s ready when it smells good!

whole chilis and a dusting of chili flakes – optional

Cream together the butter, sugar and eggs. In a separate bowl, whisk together cornmeal, flour, baking powder and salt. Add dry ingredients and milk to butter mixture, one at a time in stages, until batter is just combined.

With an oven mitt on, carefully remove hot pan from the oven. Add the remaining 2 tablespoons of butter and return pan to the oven, just for 20 seconds or so, until it’s hot and bubbly. Remove pan and swirl melted butter around to coat the pan.

Add the batter and return pan to the oven. Bake for 15-25 minutes, depending on the size of you pan. Tester should come out slightly moist, but not wet. Serve alongside soup, salad, chili, or go straight to the maple syrup.