By Lindsay Cameron WilsonFebruary 28, 2018No Comments 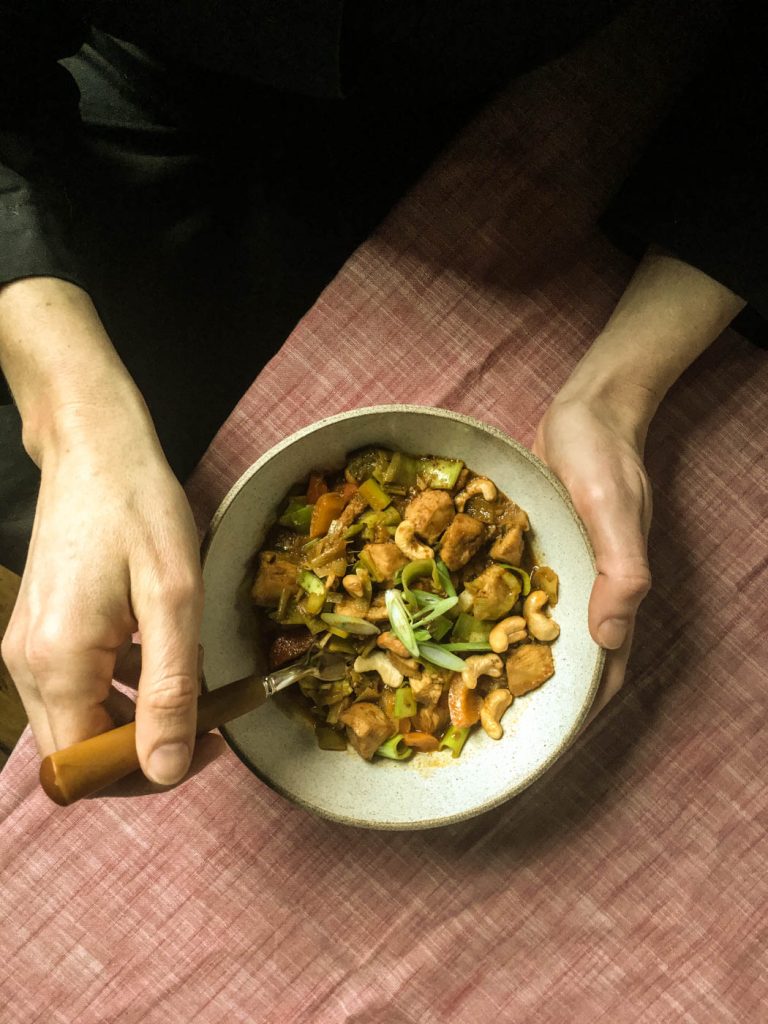 My sister Jessie used to wear a t-shirt with the words SOUP RUINED MY LIFE spread across the front. She had this shirt made; this was her custom message.

Soup was really a metaphor for having to live at home during university. Our father was faculty, tuition was half price, and they lived a 20 minute walk from campus. It was a no-brainer. I did it too, six years before. But living there meant our parents always witnessed fights with boyfriends, endured last minute all night study sessions, and heard the front door open long after midnight… or once at 7am, in my case. That  was the time I arrived home on foot after a particularly good dorm party, to the front door open and my father pacing around the car, late for his early morning squash game, searching his pockets for the car keys. I tucked into the lilac bush in an attempt to wait it out, until I remembered his keys were in my backpack, on my back. Just before his angina set it, I crept out of the shadows and handed him the keys. His eyes expressed relief and infuriation, all in one glance. It was a look I knew so well.

Jessie didn’t infuriate my parents while at university (they were too tired after me). Instead, they infuriated her. That particular year, Jessie says our mom always had a ham bone or chicken carcass bubbling away on the stove, bouncing around with wedges of onions, carrots and turnip. Our mom was a soup maker, and this aroma was her signature scent. And so this scent became Jessie’s signature scent too. It permeated her dresses. Her golden hair. Her books. Even her roller blades, which she wore with these cute dresses almost every day to class. This is a problem most people would love to have. But not Jess; every burst of soup aroma that wafted from her being during lectures reminded her that she should have gone into dept. She should have left home.

Instead, she had a t-shirt made.

I laughed about this t-shirt the other day with my friend Erica. She just had a baby, and has been busy filling her freezer with easy meals to pull out when nights are long and energy is low. The only problem with all this batch cooking, she says, is the lack of ventilation in her kitchen. The smell of cooked onions can linger for days. Soup wasn’t ruining her life, but it certainly was lacing it with a distinct aroma. She needs a t-shirt.

There is one recipe, however, that Erica says lingers in the most pleasant way – a maple curry which she just happened to be reheating on the stove. It is made with leeks, which, she said, were so much softer, friendlier, less intrusive than onions. She got the recipe from her neighbour who lived just through the evergreens on the edge of the lake. Her neighbour got it from her son’s friend Matt. Matt got it from Victoria, who took a picture of it while house sitting at my house. I got it from my aunt Susan. She included in a book she made for her extended family members. The book is full of Susan’s watercolours, her hand block lettering and the best recipes from her kitchen.

This recipe is flexible. Use coconut milk instead of cream if you’d like, or any curry paste you have on hand. Tofu can swap in for chicken, lentils instead of rice, and onions can take the place of leeks. But the aroma might linger longer…

And here in Nova Scotia, maple season is just beginning. This recipe is the perfect celebration. 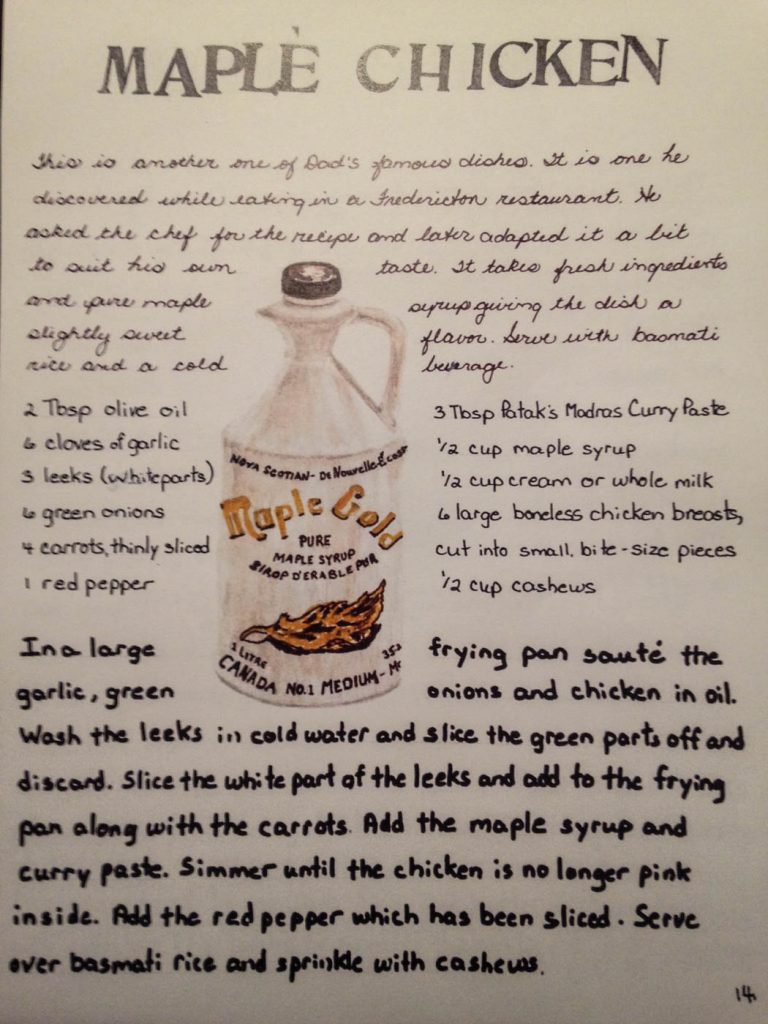