Pickled Red Onions and a Kilo of Dates 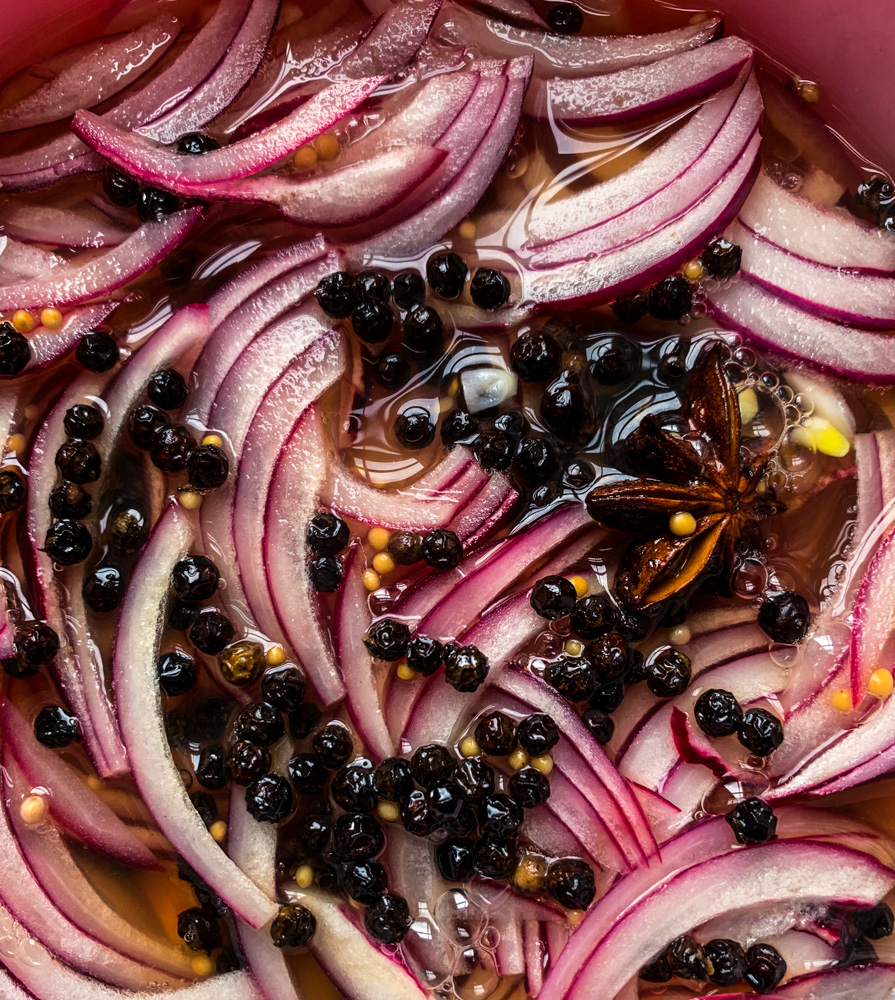 A few weeks ago we received the wrong Wilson grocery order from the online delivery system. We tried to return the trunk load, but store policy stated they couldn’t take back potentially contaminated bags. So we ended up with two orders – ours and ‘the other Wilson family’s’ groceries, without charge. The ‘other Wilson family’ eventually received their order, albeit a little late.

Today, fourteen days later, the party is over. All we have left of their bounty is a 1kg tub of fresh Medjool dates, and a family in revolt. I just made pickled red onions and every room in the house smells of apple cider vinegar. I can hear gagging as each boy emerges from a dark corner of the house, mid-zoom, and inhales. But I was desperate for these onions. The ground is still brown, with just the smallest pops of purple coming fourth – grape hyacinths, crocuses, and the tiniest purple irises. But like always at this point in April, I need a pop of pink.

So I’m pickling onions to go in a salad studded with sliced dates. It’s an Ottolenghi recipe passed on via my friend Eshun, a cookbook author and food editor. I made it for Easter dinner, and am making it again tonight (it’s that good), but this time with pickled red onions. It needs a pop of pink, and in the process, we’ll be a few Medjool dates down, just under a kilo to go.

Before the gift of groceries arrived, I had a good clean of the spice drawers. I said goodbye to stale curry powder from my mother-in-law’s trip to India five years ago. I recycled three glass bottles with one sad clove in the bottom of each. I threw out countless tiny plastic bags filled with one tablespoon of unmarked spices. And then, I took out the vacuum cleaner and attacked the corners of the drawers, smiling as rogue mustard seeds and peppercorns swirled up the hose.

In the process of organizing I unearthed a big bag of sumac. Sumac comes from the ground berries of wild sumac flowers. It has a slightly acidic, lemony flavour. But I really love it as a pop of deep red when the canvas needs it most – on hummus, rice, and in the case of Eshun’s salad, sprinkled over crispy triangles of flat bread.

If anyone knows ‘the other Wilson’ family, reach out. I have some pickled red onions for them that’ll taste so good with their kilo of dates. I’ll even throw in some sumac. We’ll be practically the same, minus the eau de cider vinegar and gagging children.

If you follow this recipe (adapted from The Clean Palate by Gwyneth Paltrow) properly, unlike me, your home will not smell like apple cider vinegar. The recipe can be adapted (using fresh herbs like thyme or rosemary, swapping out different spices, substituting brown sugar or stevia for honey); it’s flexible. Just be sure to add the cider vinegar AFTER boiling the water mixture. Boiled vinegar is aromatic, shall we say.

When onions have cooled, they’re ready. Transfer to a jar and refrigerate for up to a week. 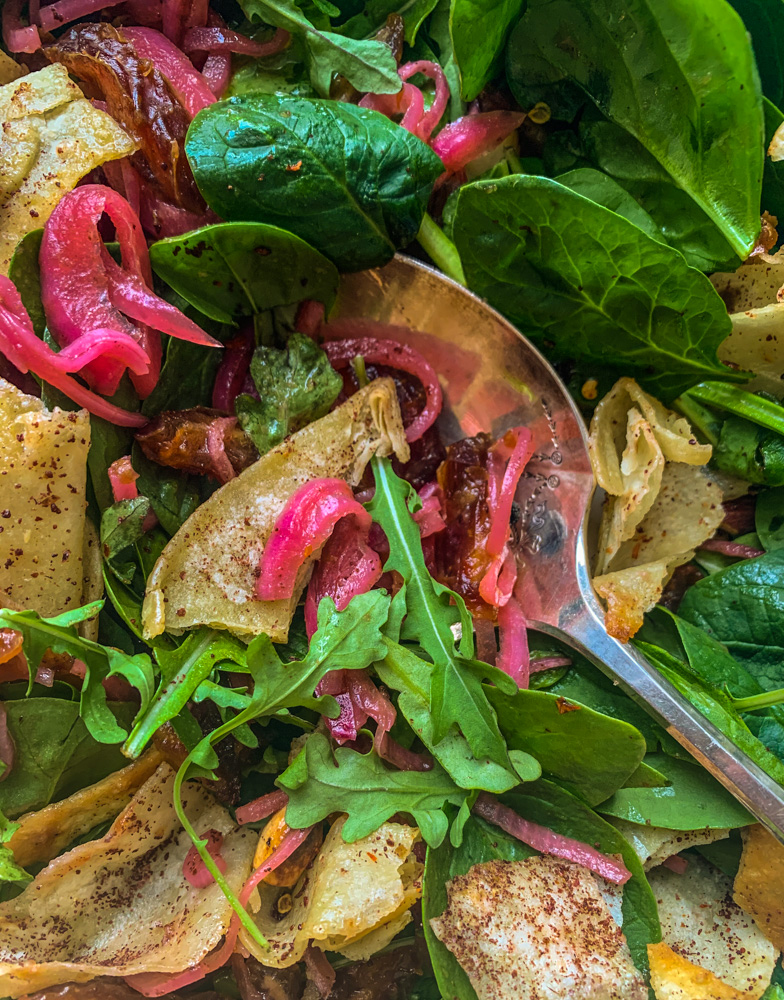 Baby Spinach Salad with Dates & Almonds can be found in Ottolenghi’s Jerusalem: A Cookbook, or over on the blog Lottie and Doof. I’ve written my version below, swapping in things like pickled red onions and tortilla shells for pita. Use what you have.

In a small bowl, combine pickling liquid, pickled onions, sliced dates and a pinch of salt. Leave to marinate for 20 minutes, then discard residual liquid.

Heat butter and 1 tablespoon of the olive oil in a frying pan over medium heat. Add the torn tortilla and almonds and cook for 3-5 minutes, stirring, until the tortilla is crunchy and golden. Remove from heat and stir in the sumac, red pepper flakes and a pinch of salt. Set aside to cool a little.

When ready to serve, combine greens in a salad bowl and top with pickled onions, dates, crispy tortilla, nuts, and finish with remaining olive oil and the juice of half a lemon. Toss everything together and serve immediately.