By Lindsay Cameron WilsonApril 29, 2019No Comments

I was making pastry when I heard the smack. My hands were deep in the shaggy stage, when the butter has combined with the flour and is dampened just enough by the icy water to hang raggedly from my fingers. I know from my mother and her mother before that this is where to stop; if you work it more, the heat of your hands will melt the butter, the pastry will become smooth, and all the flakiness is lost. I rubbed my fingers together to dislodge the clinging bits of pastry. I know what the sound was, I know what it means, but if I just stood there, back to the scene, it might all go away.

My youngest son Rex was literally climbing the walls. We were visiting my parents for Easter, and the cousins were clustered around the kitchen door, playing like puppies. Their favourite trick, which my sister Lee used to do, is to climb up the doorframe, feet pressed on either side until their heads hit the top. This doorframe is especially great- it’s nice and wide, so wide, that Rex thought it might be fun to put his back to the wall, legs pushing straight against the opposite side so the cousins could walk underneath. He’s my third son. Stuff like this is commonplace.

But then he slipped. The smack I heard was his arm breaking his fall. Deep down I knew it was bad, and started thinking about the rest of the day… how far away was the nearest hospital with an x-ray? Had Rex eaten lunch? Would we be back for dinner?

I know I’m not alone. My mother-in-law Rose once told me that when her (youngest of four) son Chris fell down the stairwell at school and clearly broke his arm, the teachers stood at the window and placed a bet – would Rose, a long-time mother in the school- pull out of the parking lot with a broken son in the back seat and take a right towards the hospital, or veer left towards home? Left of course! explained Rose. I had to go home and get snacks and books to read. Those waiting times are long!

So with frozen peas and a pillow cradling Rex’s arm, my mother and I set out on the hour long drive to the hospital, bags packed with cake, water and books. But before I left, I shaped my pastry into two round disks, wrapped them and put them in the refrigerator for tomorrow’s pies.

I’m not proud of this last step. But I really wanted to recreate the Four & Twenty Blackbird’s Malted Chocolate Chess Pie I had tasted at the Jubilee. Chess pie is woven into my childhood  – chocolate chess pie, lemon chess pie and simple chess pie. My mom says she first tasted this delicacy of the American South when we moved to Jackson, Mississippi. Our neighbour, Swisha Pace, brought over a chess pie as a housewarming gift. Swisha, and her name, was loved as much as her pie.

The origin of the name ‘chess’ is unclear. The Four & Twenty Blackbirds‘ authors say ‘chess’ might come from cooling pies like these in a pie safe or pie ‘chest’. The soft southern accent could have turned chest into chess. Or perhaps ‘chess’ is southern for the simplicity of the recipe. It’s ‘jes pie’…  I can almost hear Swisha replying to my mom when she asked for the recipe – Oh honey, it’s jes pie!

It is just pie – a layer of sweet filling cooked in a pie shell, much like a Québécois tarte au sucre, or tarte au sirop d’erable, where ingredients used are simply the ones at hand – sugar, eggs and milk. Chocolate, pecans, lemon, and in Swisha’s case, even a little cornmeal can be added. Whatever direction you’d like your pie to take is jes fine.

But know what isn’t jes fine? Blind-baking pastry for Chess Pie. Swisha didn’t do it, nor did the women who submitted the recipes in my mother’s dog-eared copy of Southern Sideboards. But I was swayed by the deliciousness of the Blackbirds’ version, so I followed their recipe.

Some say our worry, pain, joy and sorrow can be folded into the food we make. I believe it. The next day when I blind-baked the chilled pastry shells, as per the recipe, all I was left with were two sad, shrunken shells. The filling wasn’t bad. The pastry was edible. But the whole thing felt broken, just like Rex’s humerus.

Sweet Rex now sports a cast from armpit to finger tips. He’s managing with his left hand, he sleeps on his back like a young Pharaoh and is thrilled he doesn’t have to bathe as often as I’d like.

Tonight he’ll dine on chess pie. In the quiet of the afternoon while he was at school, I made Swisha’s version – lemon chess, with a tiny bit of cornmeal, five eggs, milk and lots of sugar. I also used a ‘no-roll’ pastry shell recipe from the Southern Sideboards cookbook, submitted by Mrs. Cecil F. Heidelberg III. If Mrs. Heidelberg can press vegetable oil based pastry into a pie plate and fill it with chess pie ingredients, well so can I. 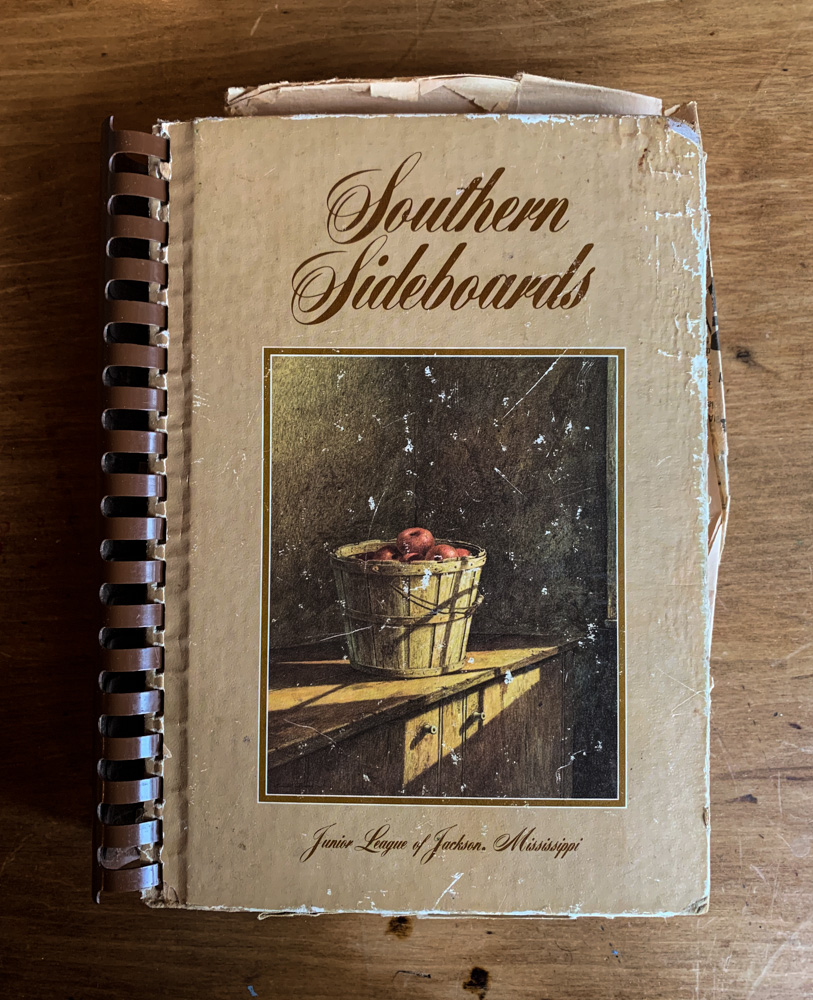 This pie is simple and custard like, with a delicate lemon flavour. It’s not pretty; the surface is a caramelized golden brown and the crust is humble. But it’s so good.

Ingredients and method are verbatim ‘southern’. 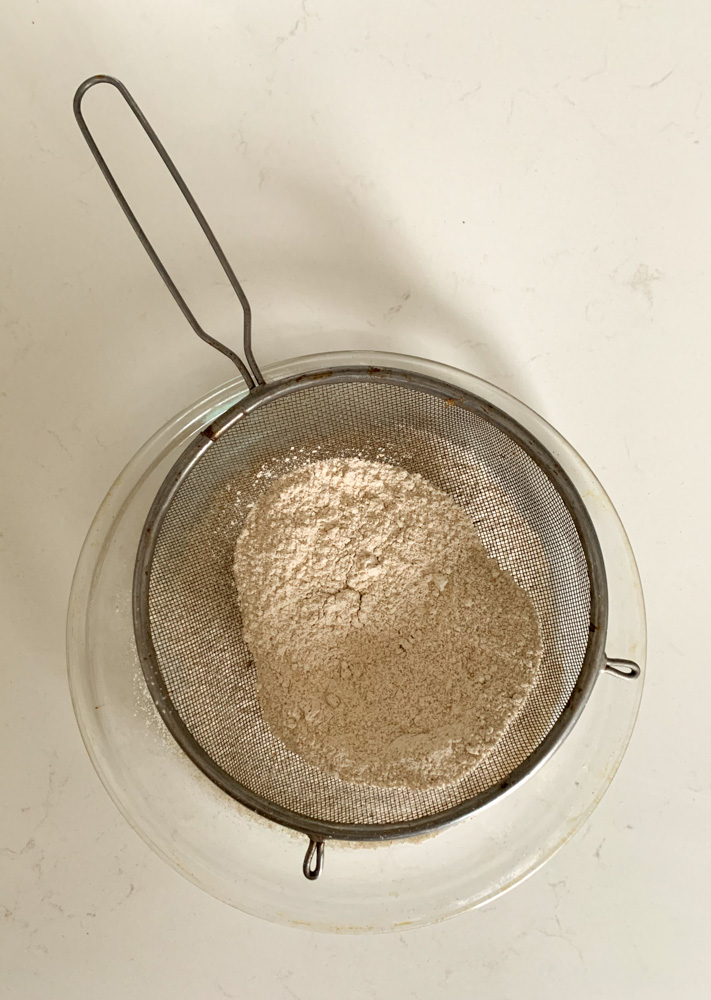 For those who struggle with pastry – the mixing, the rolling, the fluting – this pastry is for you. It’s mixed and pressed right in the pie pan! I used spelt flour, because that’s all I had, and it worked perfectly. The edges won’t flute beautifully, but the pastry is tasty and practical.

This recipe is taken verbatim from Southern Sideboards:

Sift dry ingredients into a 9” pie pan. Combine oil and milk and beat with a fork. Pour over the flour mixture. Mix with a fork until the flour is dampened. With fingers press pastry evenly and firmly against bottom and sides of pan. Partly cover rim and flute edge, pinching tightly with fingers. (I wasn’t successful fluting, maybe it was the spelt flour. My mom says it works for her. Also, pastry will be quite oily. Not to worry.)

If blind baking, prick entire surface with a fork and bake at 425F for 12-15 minutes or until brown.

If using for Chess Pie, do not prick with a fork. Chill pastry in the refrigerator until needed.