Fennel, In All Its Glory

By Lindsay Cameron WilsonJanuary 12, 2017No Comments 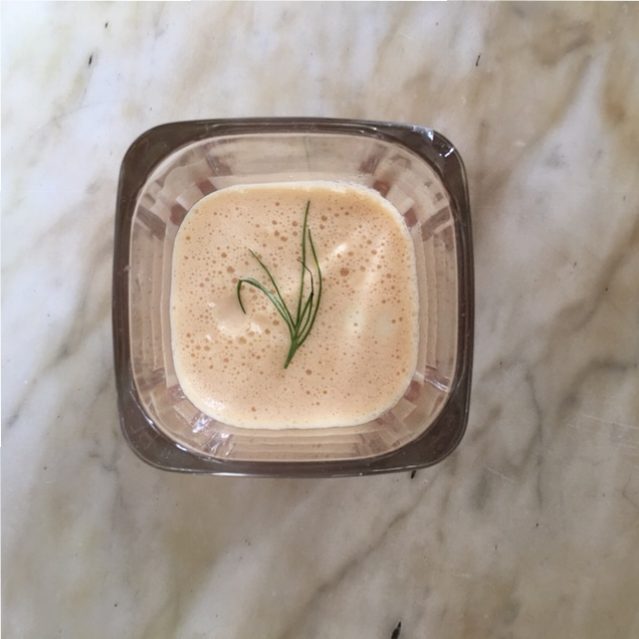 That’s what I say this time every year.

I am not a dieter. I eat in moderation. Most of the time. But there are two points of the year where the scales tip too far in one direction and I’ve had it with myself: early September and early January. It’s cliché, but true. Too many treats. Too many drinks. Too far off my balanced rhythm. Not enough green. Not enough movement. As my friend Katie says, Joke’s Over.

This is when I pull out my juicer. It’s the easiest way to pull the scales back into balance. My new, ‘jokes’ over’ day looks something like this:

1. wake up
2. exercise
3. drink lemon water
4. prep ingredients for juice
5. wake the house up by stuffing vegetables into my (very loud) juicer
6. pour half the juice into a jar to drink after lunch
7. drink the other half now
8. eat the porridge that has been bubbling away since step #3

But through it all, flavour comes first. You won’t find me at the sink, plugging my nose while downing a nasty health-giving concoction. It HAS to taste good. But vegetables must lead in step #4; a fruit heavy, full of sugar juice defeats the purpose. It’s a tough balance.

This is where fennel comes in. A quick google will tell you that it’s ridiculously good for you. But I also love it for its subtle liquorice flavour. Don’t get me wrong; I come from the ‘non-liquorice-loving’ side of my family. The other half can eat a bowl of ‘liquorice all sorts’ in seconds flat. My sister can down two liquorice cigars before she leaves the candy store. And speaking of liquorice cigars, I’ll never forget the night I brought two (cute) guys home in high school to watch baseball with my dad. He was so happy to have baseball fans in the house that he pulled out a fresh box of liquorice cigars and offered them around. The guys politely helped themselves then winced as they choked them down.

But fennel is different. It’s more anise in flavour. Subtle. Cleansing. The perfect ingredient in juice.

This is my rough ‘joke’s over fennel, lemon, cucumber, celery, apples, spinach and mint’ juice recipe:

1. Cut the stalks off the fennel bulb and reserve leafy fronds. Trim fennel of any brown or bruised bits. A vegetable peeler works well for this. Cut fennel in half, remove the tough core, then cut halves in half again.
2. Peel a lemon. Use only half, or to taste.
3. Cut large cucumber in half. Leave the peel on.
4. Trim one stick of celery.
5. Cut an apple in half and remove the core.
6. Have a handful of spinach ready.
7. A few fresh mint leaves add a nice touch.
7. Stuff all of this into a juicer and push it through.
8. Reserve half for later in the day, when you’re in need of a pick-me-up.

If you don’t have a juicer, you can blitz all of this in a high-powered blender. The result will be thicker and more filling. But I have to say, there’s something about a freshly juiced, ‘directly to your system’ liquid that sparks energy and smugness like nothing else.

Once you have fennel in the house, why not eat it for dinner as well? 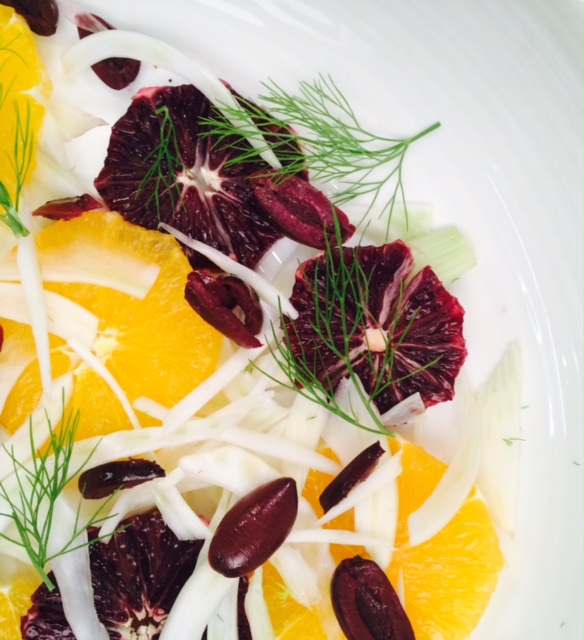 You can slice fennel raw and serve it on a crutidé platter. Or thinly slice it into a salad. Or shred it into coleslaw. Or…

On this season of LOVE FOOD, I slice fennel and toss it with oranges, then finish with fennel fronds, olives, flaky sea salt and really good olive oil. It’s not my original idea. My cousin Betsy has been making this salad on New Year’s Eve for our family for years. I’m sure it came from her days living in Italy. Italians love fennel… It’s vibrant, tasty and cleansing, in healthy by accident kind of way.

In season one of LOVE FOOD I braised chicken thighs with wedges of fennel, garlic and white wine. This recipe is a go-to in my house. The fennel is seared and given a golden brown, caramelized edge, then left to soften in white wine and chicken goodness. Nothing could be better. Here’s a link to the recipe. It includes a lovely lentil recipe studded with blue cheese and dried cranberries, but it’s not mandatory. Rice, mashed vegetables or really, any kind of starch, would be perfect.