By Lindsay Cameron WilsonFebruary 26, 2021No Comments 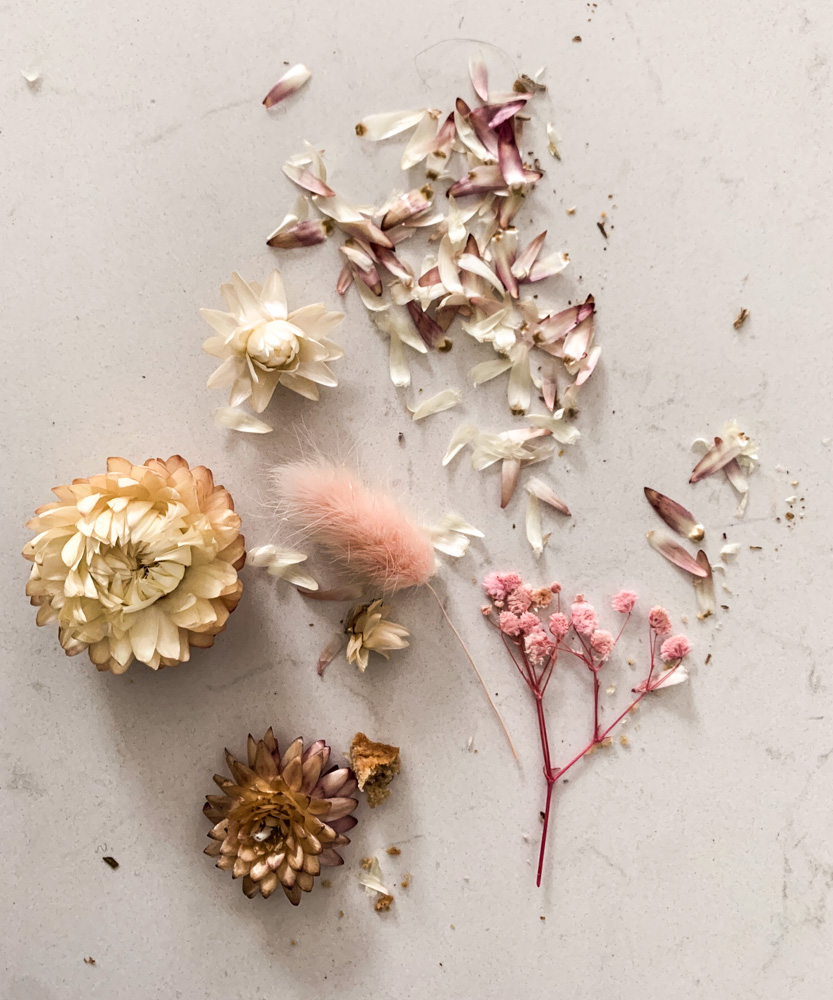 We were five friends sitting around a candle-lit table, eating Ottolenghi-inspired food, sharing a ‘delight’ from our day. The ‘sharing of delights’ idea was prompted by our host, who was inspired by poet Ross Gay’s The Book Of Delights. Gay wrote the book after walking up a hill in Italy one morning, where bees were buzzing in linden trees and sunflowers filled the fields, and he thought, “This is so delightful, I should write an essay about it.” That essay turned into writing an essay about delights every day for a year, and those essays became a book.

Earlier that day my doorbell rang. It was our mail carrier standing on the step, smiling as he pressed our whale-tail shaped doorbell, his favourite on the street. He handed me a package, all the way from Australia. Later that day, when things were quiet, I slid a blade through the packing tape and watched as tiny dried flowers from a garden far far away floated in the air and landed on the countertop – soft  pinks, golds, amber and champagne. Inside the box was a jar of apricot jam, tea from her garden and a stack of chocolate, chestnut and rosemary cookies. Canada is strict with food at the border. Australia is stricter. But there they were, on my counter, a gift from a friend’s kitchen, just a week post-baking. I made tea, dipped in a cookie, and read her note, written, she said, ‘in the margins of time we mother’s have.’

I know these margins well. Life has been pushing and pulling at them, the way a deer rubs its head against a tree to remove the velvet from new antlers. Hard replaces softness. It’s difficult to find delight in the fray.

But it’s there. In a doorbell, in a package, in dried flowers from a friend’s garden, in cookies.

That night, by the time dessert came around (my sister’s sticky toffee pudding that was so good plates were licked), the delights were flowing:

–  the delight of a package from afar

–  the delight of having a breakthrough at work

– the delight of a tiny cat curled up on a lap

– the delight in preventing a crime

Yes, earlier that day, my sister and aunt were sitting in my aunt’s studio window and noticed a man taking an Amazon delivery off a neighbour’s front step. They both dashed out the door, my sister hopping across the street in just one slipper, and yelled in unison, put it back! Overwhelmed by the women, the man returned the package to the step. When my aunt thanked him, he said, “You’re welcome,” then added, “but you two really overreacted.”

Was the delight of that story theirs or mine? That’s the beauty of telling stories – we can relive, imagine, and share our delights with others. They soften the fray by coating life in a touch of velvet.