By Lindsay Cameron WilsonJune 4, 2020No Comments 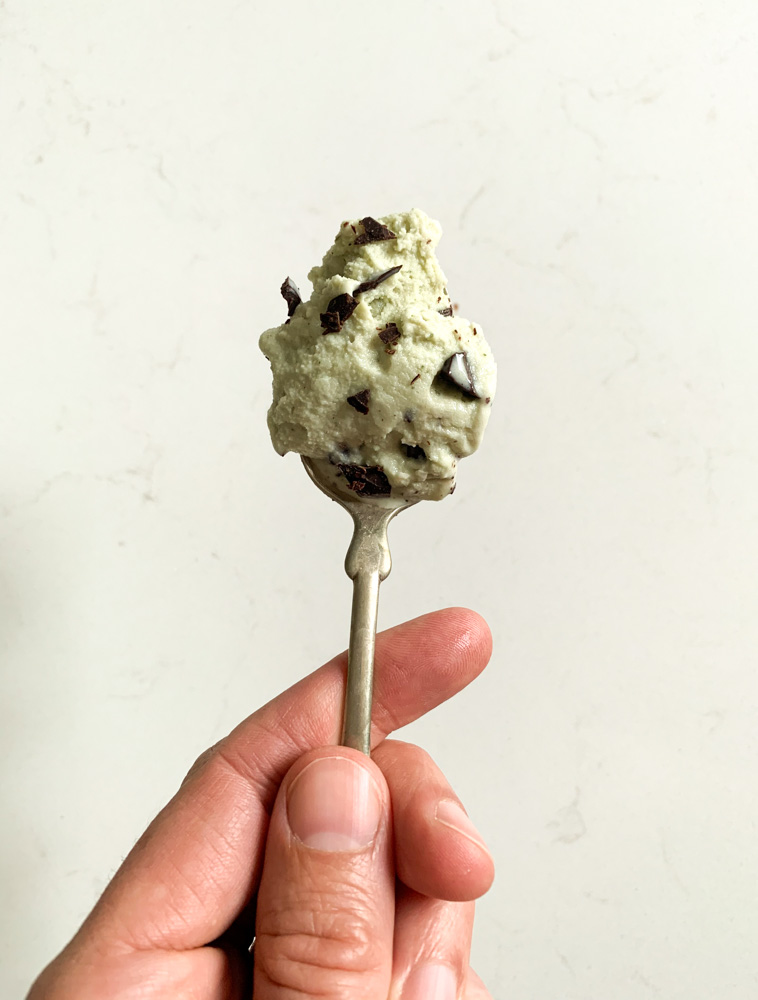 We’re given wedding gifts to set us up for life. Forks, knives, blankets and sheets. Pots, pans, candlesticks and money. The purpose isn’t clear when you’re a young newly wed, before life can fit all that comes pouring in. But later, when the walls stretch and children grow, you understand. We need this stuff.

The doorbell rings and we all charge to the front door. It was never this way before, but before we weren’t aching for conversation, news or gifts from the outside world. I get there first. Standing on the step is my brother-in-law Dave, wet from heavy rain. At his feet is a big, rumbled and wet cardboard box, the words WEDDING PRESENTS scrawled across the top in thick sharpie.

Dave is in purge mode. He and his wife are downsizing from their home into an ‘empty-nest’ apartment on the waterfront. They’re selling the house, coincidentally, that I grew up in. My parents were selling when they were looking, way back when. All it took was an engagement party at my parent’s house, one where the extended families came together, to seal that real estate deal. When James and I moved to England the following year, I was still well-versed in the size of the attic, and its storage potential. We must have snuck that box  – the kind filled with presents not needed in a tiny London apartment, but should be kept somewhere for safekeeping – into the corner of the attic. And now, twenty years later, it’s been harvested from that dark corner, and is sitting in our front hall.

I circle around it for a few hours, not wanting to add to the already cluttered situation in our front hall. There’s a drying rack in there, pulled in when the rain began. Stacks of mail. Winter jackets from the back door that haven’t made it up the stairs into summer storage. But eventually I give in, settle in a nest of jackets and open the box. Inside I find the quilt my late grandmother made us as a wedding gift. I lay it over my lap, tearful and relieved. I thought it was lost, all these years.

Then come the candle sticks. Forest green ceramics. More candlesticks. Picture frames. All thoughtful, but very 1999. But then I pull out a timeless gift that I can’t believe we’ve been living without – an ice cream maker. My fourteen-year old walks by, takes it from my hands, turns it around, and wonders aloud if we can have ice cream RIGHT NOW. Why not mom?

Why not is the question these days, these weeks, when time is elastic and deadlines are vague. Why not?

We have a glut of mint in the kitchen and a big bar of dark chocolate in the cupboard. I crack open my Ice Cream book to the fresh mint chocolate chip recipe and hand it over. It’s suggestive of me, but he doesn’t notice. Soon he’s combining milk, cream and fresh mint in the blender, blitzing until the liquid is a gentle green.

“Don’t you want to take a picture of this?” he says as he pours the contents of the blender into a saucepan. He stirs the mixture then suspends the spoon into the hole at the end of the saucepan’s handle.

“Did you know this is a spoon rest?”

He simmers the mixture for ten minutes or so, long enough to fry an egg and fold it between a piece of toast.

I slide the bar of expensive dark chocolate across the counter and he chops it, his man-hands stretching across the chef’s knife that just a few years ago would have dwarfed him.

“Mom is this the only chocolate we have? You should have gone to Ikea and bought that really good stuff.”

Soon he’s whisking eggs with sugar, and stirring the yellow mixture into the pale green milk. He places the bowl over a pot of simmering water and walks away. I pull him back, telling him it’ll take at least 10 minutes of stirring before the custard is thick enough to coat the back of the spoon. He pulls out his phone.

“The perfect time to play clash of clans.”

He runs his finger across the spoon and sees what ‘thick enough’ means. He covers the surface of the custard with plastic wrap and leaves it to cool. He knows about ‘that skin’ that forms on warm milk.

The next day, after breakfast, he decides it’s a good time to churn the ice cream. He pulls the metal container from the freezer and wrestles with it until it fits inside the ice cream maker. He grabs the handle and churns until the ice cream is almost firm, adds the chopped chocolate, and churns some more.

“Ice cream has always been my favourite. Or maybe Fruit Loops. But I like them for the same reason. It’s the sweet milk, the puddle at the bottom of the bowl. It’s the best part. You’re not going to smile when you eat it, but you have the feeling that you want to smile. It’s like the restaurant reviewer in Ratatouille. He almost smiles, his face is surprised, he is enjoying himself.”

I try my best to scoop the ice cream into a container before he (and his little brother) eat it directly from the ice cream maker. I spoon it into a flat container, remembering from food styling days that a perfect scoop of ice cream needs surface area for the scooper to run along. I sprinkle the top with the remaining chocolate bits and hide it in the freezer.

Later, when the warm afternoon cries for ice cream, I pull out the hidden container. But a spoon has already been there. A soup spoon, specifically. It was a wedding gift, clearly intended to someday fit a big, fourteen year-old hand. 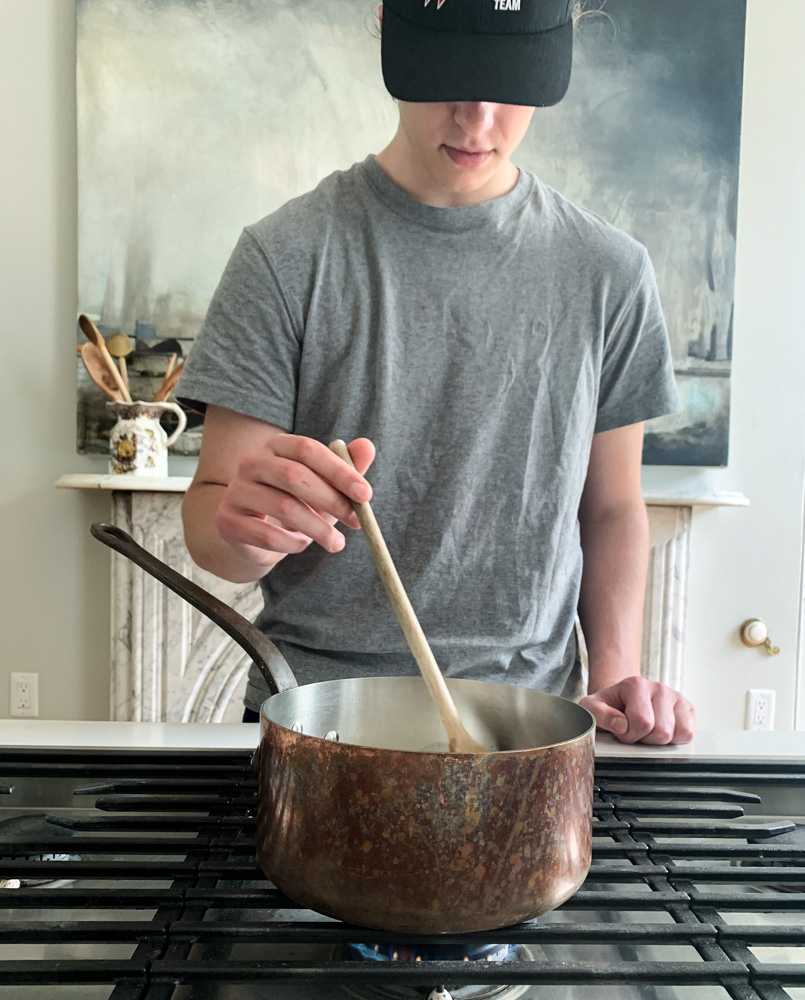 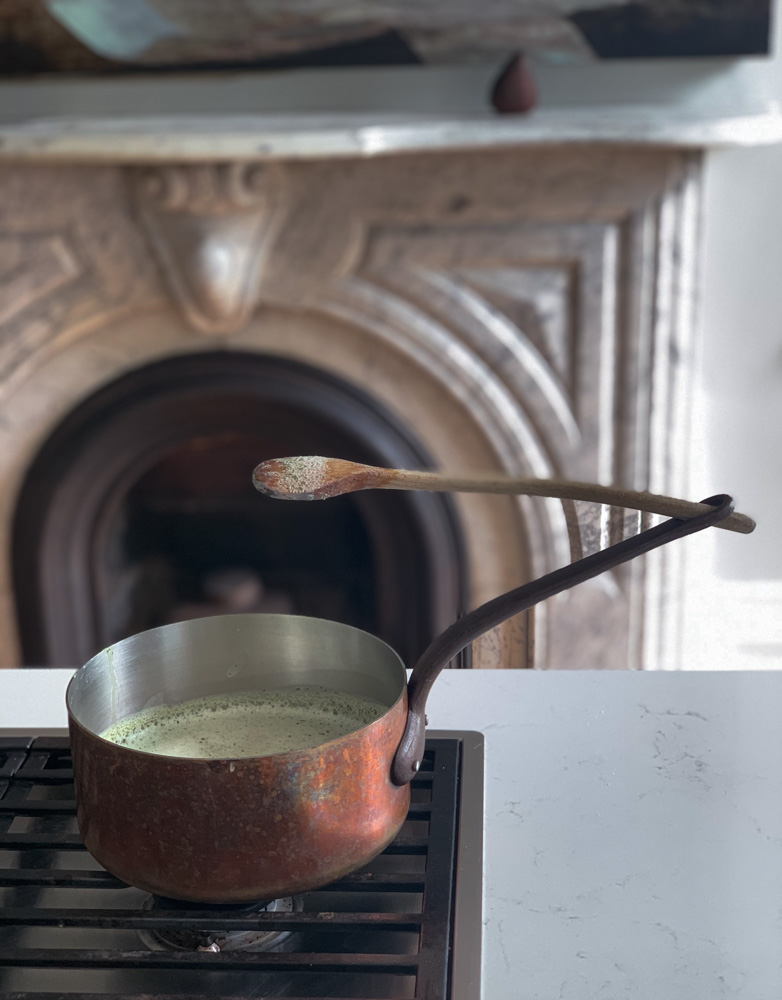 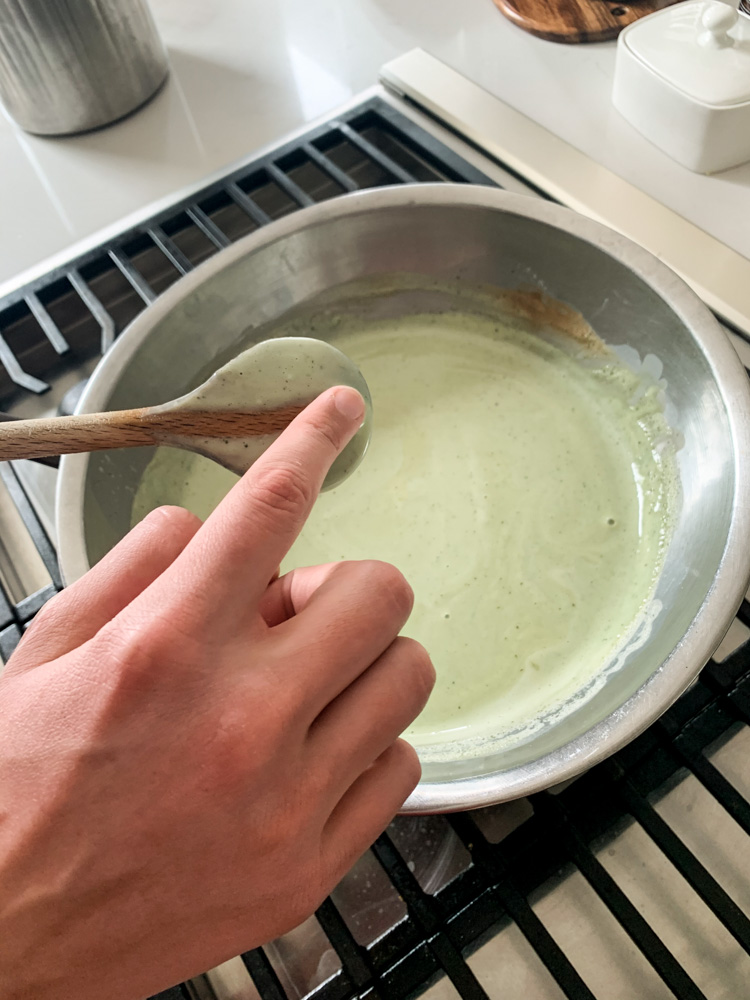 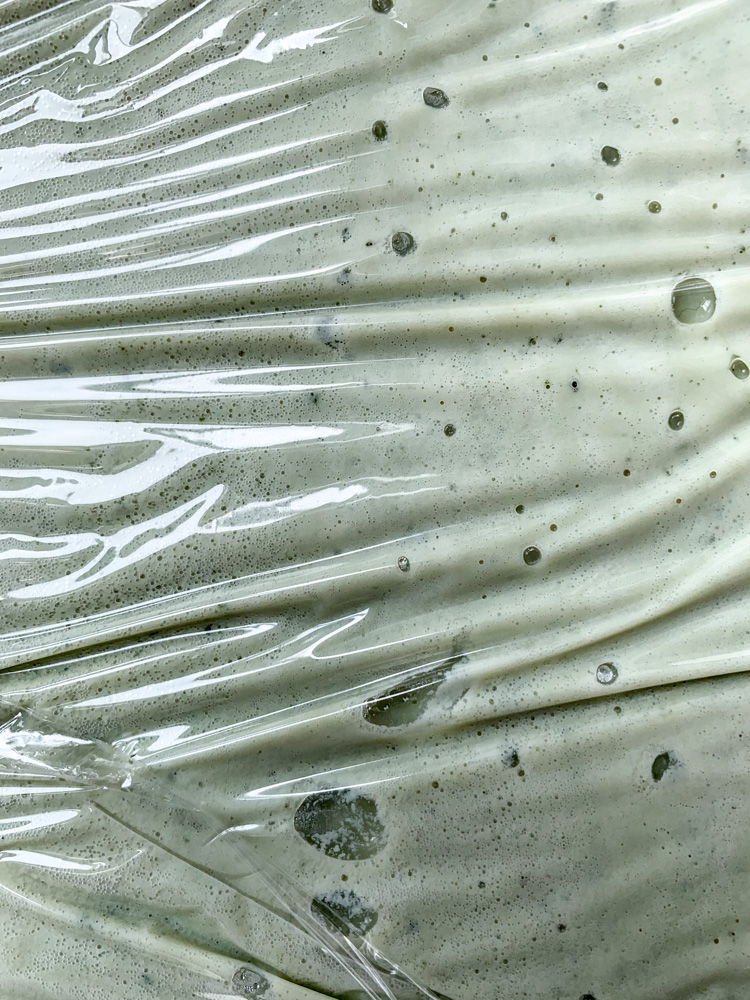 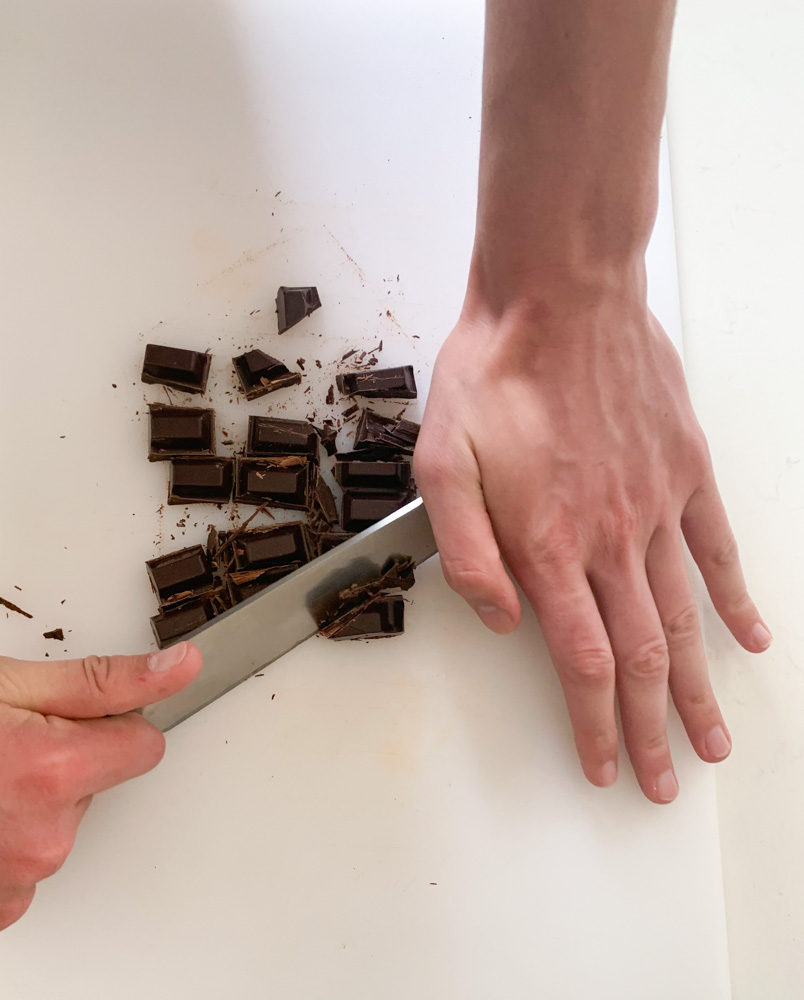 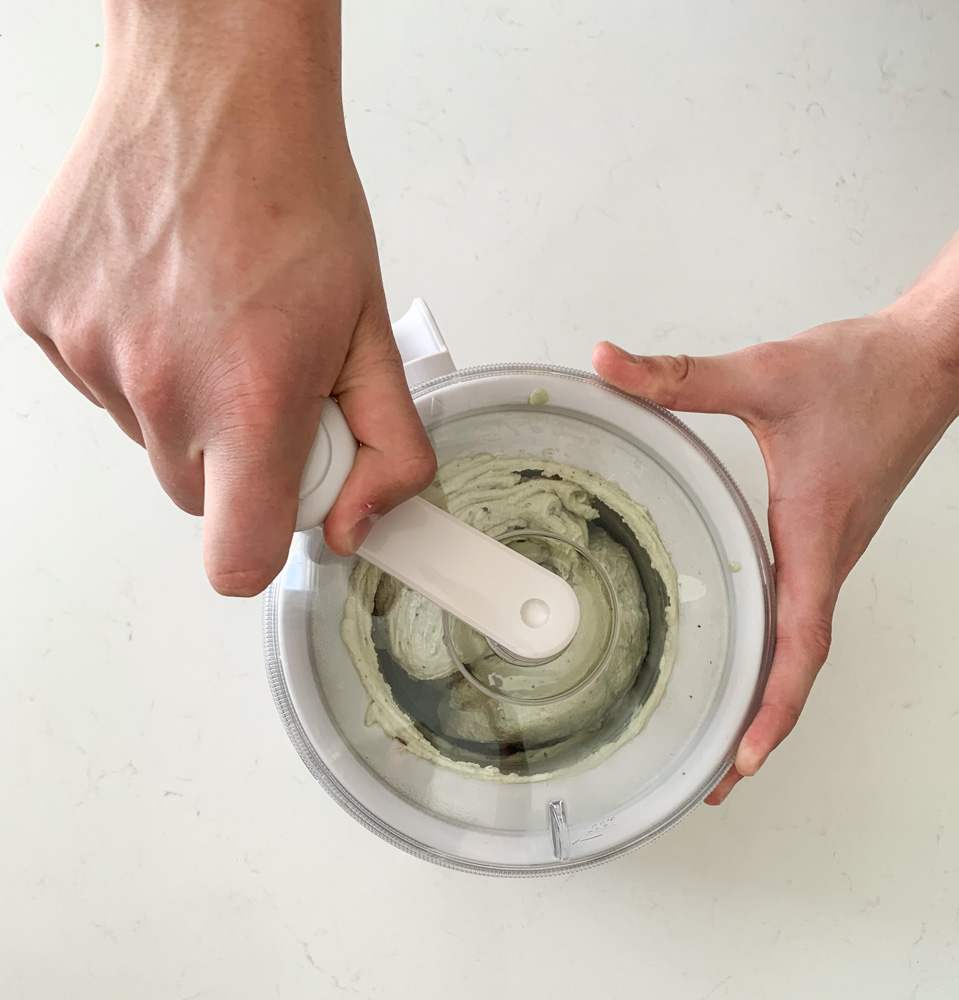 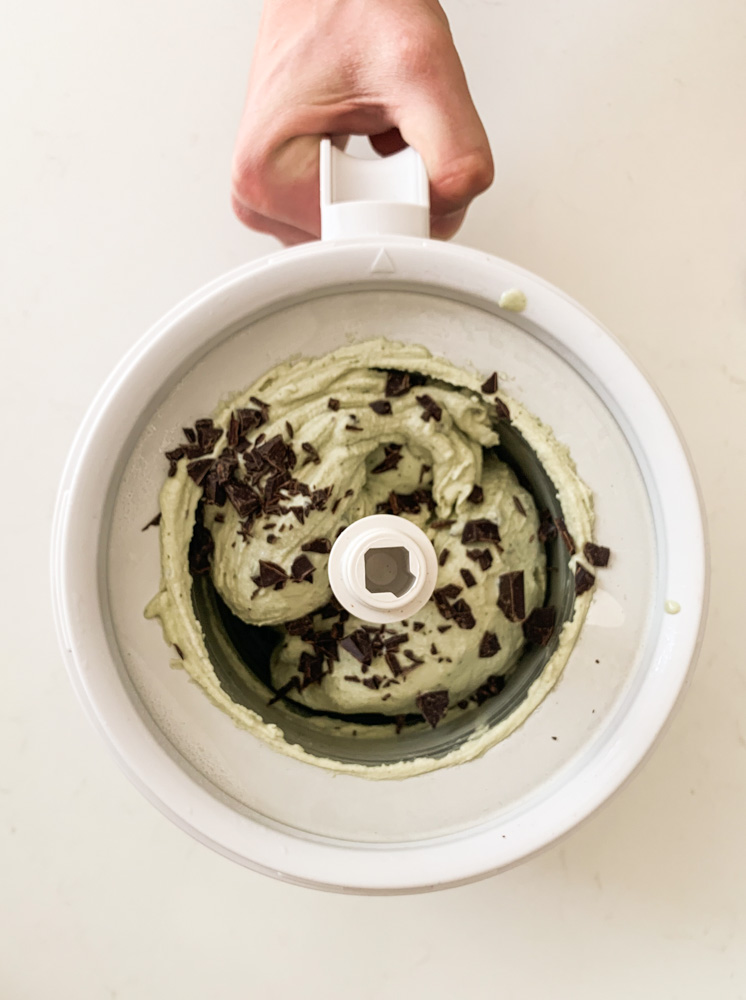 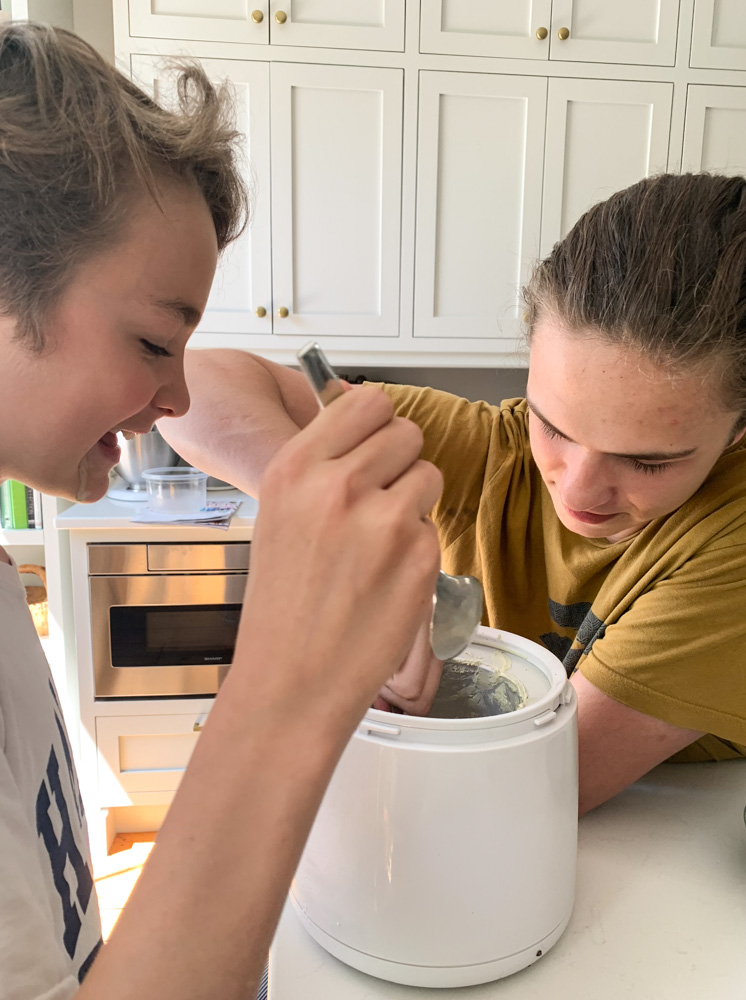 From Ice Cream! By Pippa Cuthbert and Lindsay Cameron Wilson. The whole eggs in this recipe give the ice cream a fluffy, smooth texture. Makes enough for 2 teenagers and a few others to have a bowl.

Blend the cream, milk and fresh mint leaves in a blender. Pour into a saucepan and slowly heat to near-boiling point. Reduce the heat and simmer gently, stirring occasionally, for 7 minutes. Remove from heat, strain, and leave to cool slightly.

Meanwhile, in a separate heatproof bowl, beat the eggs and sugar, using an electric beater, until thick and pale. Gradually beat the milk into the egg mixture. Place the bowl* over a saucepan of simmering water and continue stirring until the mixture is thick enough to coat the back of a wooden spoon. Remove the bowl from the heat and cover with plastic wrap or parchment paper to prevent a skin from forming. Allow the custard to cool completely before refrigerating for at least 1 hour (or overnight).

Once chilled, churn in an ice cream maker according to the manufacturer’s instructions, stopping 5 minutes before the ice cream has set. Stir in the chopped chocolate and continue to churn a few minutes longer. Transfer ice cream to a freezer container, cover and put in the freezer until ready to eat.

*We used a stand mixer, so had to transfer the mixture to another bowl that fit over the saucepan. The idea is to create a gentle heat environment for the custard to cook without burning (or scrambling, which I have done).