A Girl’s Gotta Do 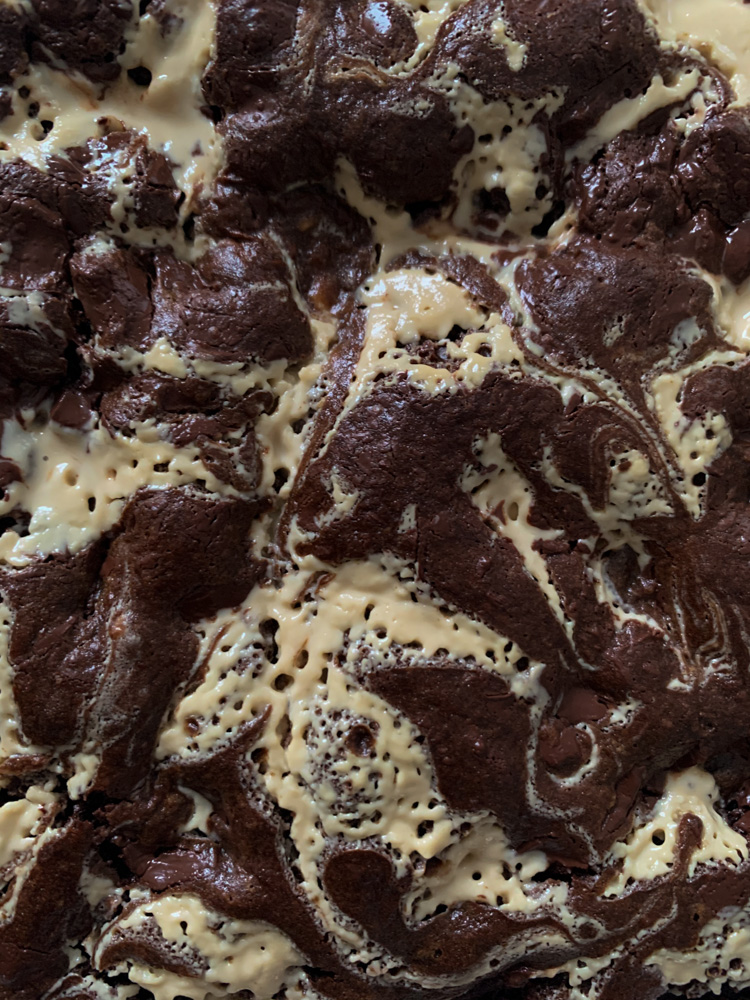 Those Brownies with a Swirl of Tahini

It was Canadian singer-songwriter Jill Barber, in Halifax for a night to be a guest on a TV show hosted by Martha Wainwright. The episode was being filmed, so cameras swirled, applause was loud, and when the director said CUT, we got to hear pieces again…

She’s the woman, whose body feeds her child.

Later Martha and Jill sang a duet together. Their voices had a sibling quality, as though they were woven together beyond the bonds of career and motherhood. Martha with her rock and roll edge, Jill with her passion and sparkle. It was gorgeous.

Afterward Martha talked to Jill about the challenge of performance and motherhood. Jill spoke about the beauty of touring, of wearing sequins for a night, but also being ready, at the end, to go home to her family. Her song, The Woman, with lines shared above, said it all. We’re everything, we have to be. It’s a universal message, the push and pull of motherhood, that can be so beautiful, when you get the balance right.

Female anthems are at the forefront for me right now. The morning after the show I stumbled out of bed, tumbled to the kitchen and poured myself a cup of ambition. But it wasn’t enough. I’m finding it hard to find my creative flow this month. The work / motherhood balance is tipping deeply towards the latter, and not even Dolly’s words were enough to get my nails taping on the keyboard.

So instead I’m binging Dolly Parton’s America, a podcast exploring her life, her music, and the world she inhabits. I’ve been a big Dolly fan for years. I’ve seen her live, I’ve rushed the stage, and I’ve listened to her songs in every kitchen I’ve occupied. And what I’ve learned, eight episodes in to this nine part series, is that her songs, although personal, are universal: love, nostalgia, injustice, identity, pride. We – all genders from the north, the south, the left and the right – feel them all.

So today I listened to Jill and Dolly while I made the vegan fudge brownies I promised to make in last week’s newsletter, the brownies that were a customer favourite in Rebar’s 2001 cookbook. It called for coffee – how perfect. I still had half a pot of unused ambition leftover from the morning. I mixed everything together and decided against the chocolate glaze; a chocolate lacquered coating over a vegan dessert always screams ‘1970’s gross healthy trying to gloss over the truth.’ Instead I dolloped tahini on top and swirled it around as I’ll Always Love You played. With a running time of 2:53, one can play it 11.5 times while the brownies bake. Of course I didn’t do that. I also mixed in Whitney Huston’s version (4:31) for comparison’s sake. Then I topped it off with Jill’s song, A Girls Gotta Do.

Instead of Tahini, there’s the original glaze – if you have to…

Preheat the oven to 325F

Grease a 9x9in tin and line with parchment paper or tinfoil.

Sift together the flour, cocoa, baking soda, baking powder and salt. In a separate bowl, stir together the coffee, brown sugar, milk and vegetable oil until combined. Combine the wet and the dry mixes and stir to mix well. (Add walnuts here if using). Pour batter into the prepared pan, top with chopped chocolate and dollop with tahini then marble with a toothpick or the tip of a knife (it won’t be a smooth surface to marble on, more of a chunky chocolate road) and bake for 25-30 minutes until a toothpick comes out almost clean. (*I had to cook mine longer, 33 minutes or so. The toothpick came out pretty gooey in the centre, but I like to err on the undercooked side. They continued to cook while cooling; by the time they were cool, they were perfect.) Either way, cool brownies in their tin on a wire rack.

If making the glaze, (which means omit the tahini part) while brownies cool, melt chocolate and vegan margarine in a double boiler (or a bowl set over a pan of simmering water). Whisk together very thoroughly to get a smooth finish. Pour the warm glaze over the cake, smoothing it out over the surface. Place the pan in the fridge to set. Divide the pan of brownies into 12 squares and enjoy.