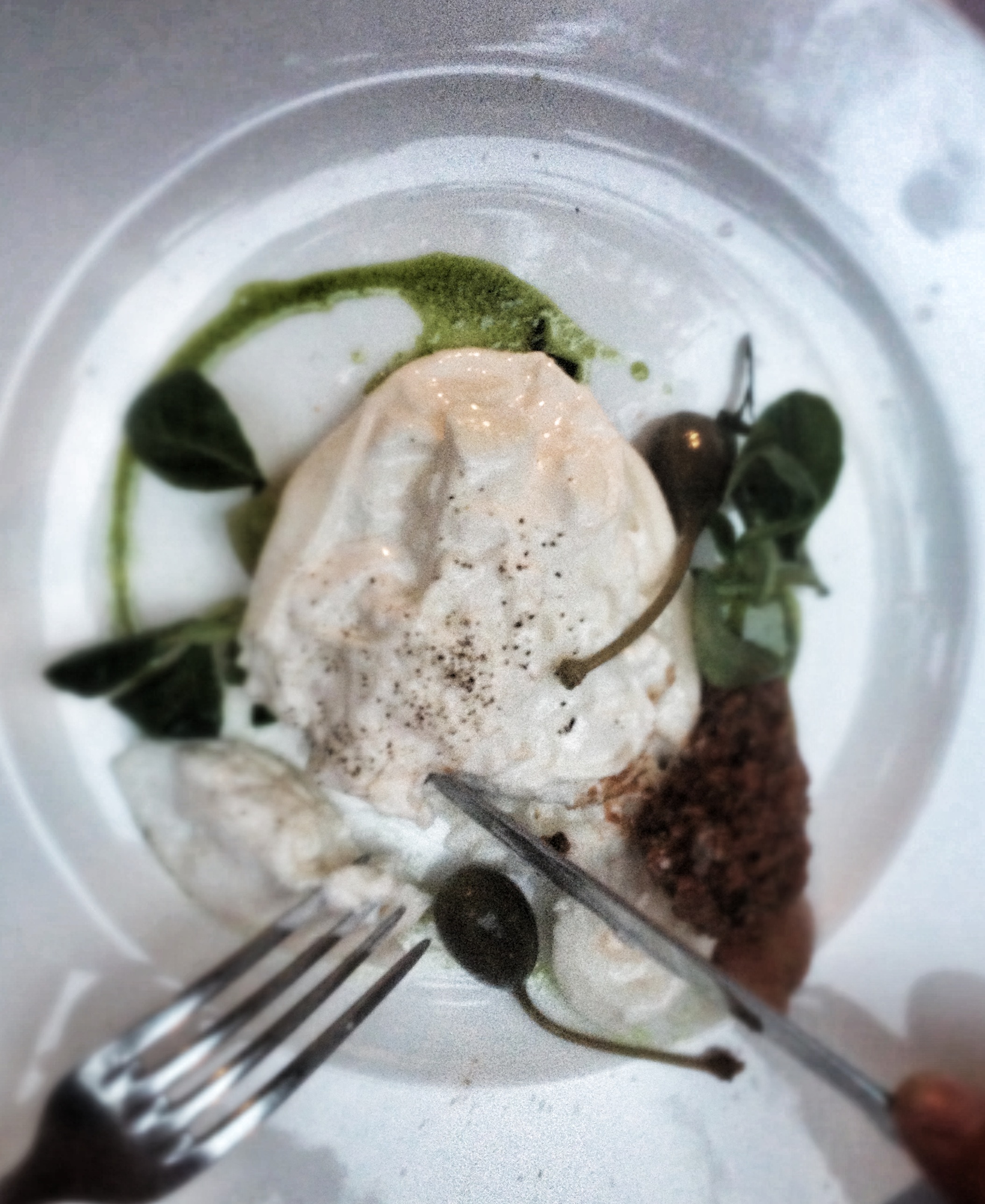 It’s time I took donkeys more seriously. Until a recent trip to Spain, I couldn’t say the word without channeling Shrek. But everything changed that night in Sitges. We were dining alfresco, almost, at a restaurant aptly called, Alfresco. Part of the restaurant, deep within, is roof-less. The evening air was warm, but every so often, as if on cue, a fine Arizona-like landscaping mist would spray over us from a raincloud above. We were sipping cava and feeling fresh and dewy – the perfect setting to introduce donkey cheese, the surprise hit of the night.

Nigel, our sensual French waiter, highly recommended we start with a shared plate to ‘pull us togezer’, and a local Xarel-lo, ‘where you can taste the Catalonian sun, hard work and passion’ in every sip. Then, perhaps we’d like to follow with a favourite of his? Burrata, Nigel explained, is a fresh, soft, Italian cheese made from scraps of buffalo mozzarella and cream. Tonight’s burrata, however, was especially special because it’s made from donkey’s milk – ‘so very delicate, but unimaginable’. We assumed there was a problem in translation, took a sip of cava, and said, why not. Bring us the burrata. One of us will try donkey cheese.

The walls at Alfresco were white washed. The tablecloth was white. The plates were white. The paper thin flatbread, drizzled with warm, milky blue cheese and olive oil, was white. Our cava, with a tiny hint of pink, popped against this palate. Then the burrata arrived – a lush ball of cream flecked with pepper and nestled within tomato puree, caper berries and a swirl of bright green basil oil. The cheese had a yielding outer shell, almost like a soft boiled egg white, designed to protect the creamy middle. As Nigel said, it was so very delicate in flavour, but also unimaginable. Not barnyard-y. Not gamey. Just discrete flavour from an innocuous mound of white. It let the colours sing.

The next morning, as we reflected on the meal, we wondered how we had overlooked the donkey as a source of dairy. A family member, who missed the dinner, explained that it couldn’t have been donkey cheese. ‘Donkeys,’ she said, ‘are sterile.’

What? How are donkeys made then? It’s all so embarrassing, but I needed wikipedia to set us straight. Here are the results: A donkey is a product of the union between two donkeys. A female is called a jenny, a male is called a jack. Mules, on the other hand, come from a jack and a mare. Mules are generally sterile. Not donkeys. A Jennet is a pregnant Jenny. She is usually pregnant for 11-14 months (poor thing) and generally carries just one foal. Burro is the Spanish word for feral donkeys. It’s not clear if there is connection between burrata and burro. There is a connection, however, between the words ‘jackass’ and ‘stubborn’. An ass is another word for donkey, of course, but the name is less common because of its negative connotations. Donkeys are stubborn as the result of self preservation. They can’t settle for a mare or a stallion to reproduce. That kind of action might render them sterile. And what would we do without donkey’s milk anyway?

Join me in meeting the donkey, again, for the first time. 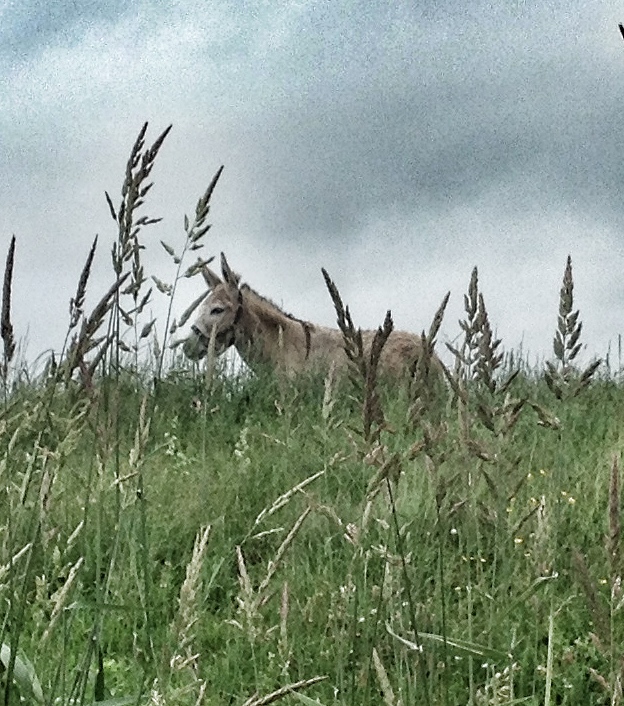